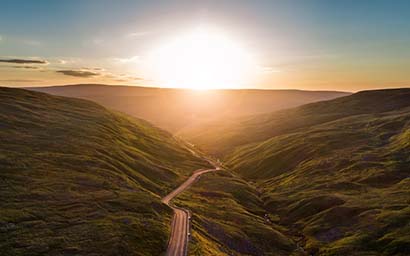 Between 2010 and 2020, there were seismic developments in terms of fund types, domiciles, regulation, market structure and technology.

The rise of passive funds accelerated throughout that period and exchange-traded products were more dominant by 2020 than traditional active funds.

We saw the rise of the emerging cross-border funds domiciles in Asia, where both Hong Kong and Singapore worked to establish themselves as dominant funds centres in the region. There were also attempts to recreate the success of Ucits with the creation of several regional fund passport schemes.

What remains to be seen is whether these schemes will be able to challenge the status of Ucits in the region and if local funds domiciles will begin to compete with the established cross-border centres of Luxembourg and Ireland, which still hold prominence.

The last decade has also been dominated by regulation. The financial crisis of 2008 brought with it an avalanche of supervisory changes, all designed to bring more transparency to the securities market and more investor protection to the funds market, especially in the alternatives world.

But the likes of MiFID II and the AIFMD have all come with a considerable cost of reporting and compliance. While the reporting requirements are unlikely to be drastically reduced, the concern is whether they will increase further over the next decade and, if so, how the industry will cope.

Technology has been one way that the industry has sought to cope, and regtech has been a major development. We have also seen the rise of cryptocurrencies and distributed ledger technology. The potential of bitcoin and blockchain to reform funds’ assets and the market structure respectively has yet to be realised, but this may all become clearer over the next decade.

The other way the industry has sought to cope has been through consolidation. The last decade ended with a series of mega-mergers. Will the next decade see this continue? And what will be the impact on the market? Most importantly, will ongoing consolidation ultimately be good for the market or just an unavoidable consequence of continuous cost pressure and competition?

With this as a backdrop, we take a look at how the industry expects these trends to play out over the next decade and how they might shape the industry landscape.