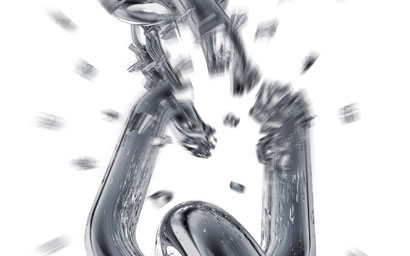 The AIFMD may hold depositaries liable for lost assets in the sub-custody chain. But Nicholas Pratt discovers the debate on liability risk is still raging over grey areas.

It is rare for the prefix ‘sub’ to denote anything positive. From sub-par to substitute teacher, there is almost always a feeling of second best, although one could argue that the finger-flicking football game Subbuteo is a superior sport to modern day, Premier League football.

For many years the sub-custody process received little attention from asset managers. But as with so many other processes in the fund management industry, the Lehman Brothers default and the Madoff fraud changed all that, alerting many managers to the risks in the sub-custody chain. This awareness was heightened by post-financial crisis regulations such as the Alternative Investment Fund Managers Directive (AIFMD), which made depositaries liable for the sub-custodians they appoint.

A CONTINUOUS FUNCTION
“Fund boards have become more demanding about every aspect of the sub-custody chain – who is holding what assets, where they are being held and how are they being protected,” says David O’Keeffe, chief executive of SuMi Trust Trustees (Ireland), an AIFMD depositary. “Under AIFMD, monitoring of the sub-custody network has become a continuous function and not just a periodic exercise.”

Previously, fund boards would only need due diligence highlights of sub-custodians, but boards request much more information now, says O’Keeffe. “They want to know more detail about the areas focused on when we engage with the sub-custodian.”

In addition, and in Ireland for example, the central bank can request due diligence files as part of its ongoing supervision. “If there was a default, then that file would be part of our defence against any liability claim.”

As a result of the growing demand for information, SuMi Trust has developed a standard due diligence template for fund clients, whether they are Ucits funds or alternative investment funds. SuMi Trust also monitors various sources of data, such as credit ratings and news feeds, for all its appointed sub-custodians to stay on top of any changing circumstances.

As O’Keeffe says: “If there was a default of a sub-custodian, it is often the first claim in that is first to retrieve the assets.”

According to Mathilde Guerin, global head of network management at Societe Generale Securities Services (SGSS), small and medium asset managers have not been demanding information to the same extent as their larger counterparts. “I don’t know if it is because the risk is clear to them or if they simply ignore those aspects, assuming that the custodian will be liable for everything. But if assets are lost, it is obviously damaging for the fund, even if they are not financially liable and it will take time to retrieve those assets.”

“We also notice a sharp increase in the numbers of risk, KYC/AML [know your client/anti-money laundering] and contingency questionnaires from this client base.”

But, says Unger, given the attention there has been on the increased liability facing certain service providers, there is a danger that fund managers are wrongly assuming that all liability for any loss of assets is assumed by the custodian or depositary.

“I don’t think all managers know that not all of their sub-custody-related risk is transferred to a depositary in the event of a default,” he adds. “If there is an event beyond our reasonable control, then it could be the responsibility of the fund manager.

“There is some grey area but I think many asset managers are so busy with other regulations that they wrongly assume it is black and white.”

One of these grey areas is how an event “beyond reasonable control” would be defined. “It is a challenge to answer that question because it has not yet been tested in court,” says Unger. “We have not yet seen an event where we would be liable under the AIFMD.”

Similar uncertainty surrounds the conditions of near-strict liability and the conditions by which a depositary can negotiate a discharge of liability or an indemnity in certain circumstances – for example, if an asset manager insists on using a sub-custodian of its own choice, rather than that of the depositary, or if it insists on investing in a market where the depositary is not confident of the robustness of the available sub-custodians.

BEYOND CONTROL
SuMi Trust’s O’Keeffe imagines there may be uncertain outcomes should any depositary seek to enforce such a discharge, not least because the burden of proof is on the depositary. “It is up to us to provide the necessary documentation in the event of a default, but we would be guilty until proven innocent under the current regime. Previously, proof of negligence was required, but now the depositary has to prove that events were beyond its control,” he says.

Depositaries have also sought greater clarity around the role of international CSDs, such as Clearstream and Euroclear, when they delegate custody to sub-custodians. Philippe Ruault, head of clearing, custody and settlement at BNP Paribas Securities Services, says: “It is still unclear whether they are regulated as CSDs or as global custodians and that has implications for us as a depositary bank if they are introducing new risks into the sub-custody chain.”

Yet another issue that affects discussions around liability is whether an asset can be considered to be a ‘financial asset held in custody’ – for example, an equity or bond – or an ‘other asset’, such as an over-the-counter derivative.

Similarly, certain fund types, such as funds of funds, will include underlying target fund investments that may be categorised in a way that requires extra due diligence, depending on whether such target funds have appointed a depositary.

A further muddying factor in the management of sub-custody risk is the fact that most custodians also act as sub-custodians in certain markets and as the extent of communication between parties in the custody chain increases, especially around AIFMD requirements and liability, the dialogue has at times become confusing, says SEB’s Unger.

“There is still no standard market practice for these negotiations around AIFMD. Right now, we are all starting with a blank piece of paper every time, which may be good for the lawyers, but it causes unnecessary time and effort for us and our counterparties.”

Developing a sub-custody market standard around the AIFMD requirements and the discharge of liability would be an inevitable challenge for the industry, says Unger. “There are certain core processes at the custody level that should be non-negotiable. Though, in order to come to that point, clear definitions and interpretations must become available and the industry is not yet there.”

One of these areas concerns the level of segregation for client assets held in sub-custody, an issue that was brought into focus recently by the £126 million fine on BNY Mellon by the UK’s Financial Conduct Authority. The European Securities and Markets Authority (ESMA) is responsible for providing this clarity and is consulting on the issue.

This decision may well have implications for managing risk in the sub-custody chain and could lead to some increase in costs for depositaries, sub-custodians and prime brokers should a change in segregation conditions impact on their operational models and extra due diligence demands, says SuMi Trust’s O’Keeffe.

He adds: “These proposed changes mean that depositaries are attracting certain costs that may not have been passed on previously, and the question remains as to who may pay for such increased costs.”

DEEP POCKETS
SEB’s Unger says the underlying principle of regulations such as the AIFMD is to transfer risk in the processing chain to whoever has the deepest pockets – from the fund investor to the fund manager and then from the manager to the depositary or custodian. “So there has been a clear transfer of risk, and most discussions we have as a depositary to asset managers is about the cost of that risk transfer.”