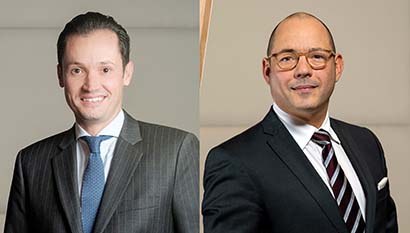 The European Commission recently issued a proposal for an overhaul of the AIFMD, generally known as AIFMD II. While some of the suggested changes had been expected, others were not entirely in line with previous feedback provided by, among others, the pan-European regulator or KPMG, which was tasked with assessing the efficacy of the current framework and found no material deficiencies. As substance and the closely related topic of delegation have long been a focal point for regulators, it comes as no surprise that additional clarifications and requirements were suggested in these areas, despite few problems having been observed in practice. Other topics covered by the proposal are liquidity management tools for open-ended funds, additional reporting requirements imposed on national regulators, a potential relaxation of the rules around the location of depositaries, and additional rules for loan originating funds. This latter section of the proposal in particular is far more detailed than expected, and may prove to be a real challenge for certain products to implement.

The clarifications and additional rules around substance and delegation seem somewhat unprompted; fortunately, however, their effects should be manageable. The existing rules already contain a clear letter-box test for ascertaining when an AIFM no longer demonstrates sufficient substance to be viewed as managing an AIF. While in practice the rules have been interpreted differently by some Member States, they broadly appear to be applied in a relatively conservative manner, to avoid scrutiny by peers and ESMA (which has already been consulted for this purpose, for example in the context of Brexit leavers attempting to set up shop in continental Europe). Nor have any significant issues been reported by investors or other relevant stakeholders, as evidenced by the KPMG report. Nevertheless, delegation continues to attract significant scrutiny, with increasing focus on where, how and by whom portfolio management is performed. This explains the proposal’s tougher delegation rules around third-country delegates: where “more” portfolio or risk management is delegated to third countries, such arrangements will need to be reported to ESMA on an annual basis. That being said, precisely what constitutes “more” delegation, and how to assess this, remain entirely unclear from the current wording of the proposal.

As for the rules on eligible depositaries, the current draft does not contain the full-blown third-country depositary passport anticipated by some. Instead, it only includes a clarification in the recitals that it should be possible to appoint a depositary located outside of an AIF’s home Member State, which is a departure from the current regime. This is welcome additional flexibility that would be especially beneficial for those jurisdictions still lacking an established service provider infrastructure. Still, clearer guidance in the text would have been helpful to avoid any second-guessing around the implementation of this rule.

The most detailed changes in the proposal pertain to loan origination. While this will certainly help create a harmonised framework for the implementation and supervision of these increasingly popular activities across Member States, some of the rules seem overly zealous. For example, the clarification that AIFMs may now carry out such activities themselves in addition to the typical investment management functions and other services already provided for under the AIFMD seems, at first glance, rather odd (and of limited practical significance), as the origination of loans will typically be an activity performed by the AIF rather than the AIFM. Furthermore, product structuring teams should expect to be confronted with real obstacles as a result of the introduction of risk retention rules, and of a prohibition on structuring a fund as open-ended if the notional value of its originated loans exceeds 60% of the net asset value. Although open-ended loan origination funds remain the exception at present, this will still limit structuring flexibility, and runs counter to the increasing demand from institutional investors for evergreen fund structures. EU lawmakers’ fear of liquidity issues and maturity mismatch as reflected in these rules is generally understandable, but alternative avenues of pre-empting and managing these risks should nonetheless be explored (stronger liquidity management tools, for example).

The proposal does, in fact, assert that the use of liquidity management tools should be compulsory for open-ended funds. Far from being revolutionary, the rules proposed in this area merely codify existing good practice, although they are clear and have the advantage of avoiding regulatory arbitrage. Sponsors will be able to choose between various tools that they can apply in addition to the suspension of subscriptions and redemptions, such as redemption gates, notice periods, redemption fees, swing pricing, anti-dilution levies, redemptions in kind and side pockets (which are proving quite useful in the current geopolitical circumstances). The cases in which these tools will be used will have to be set out in the relevant policies and procedures, and the competent regulator will have to be notified of their activation or deactivation. In exceptional circumstances (that have yet to be determined), ESMA will be newly empowered to intervene to impose the activation or deactivation of such tools.

ESMA will see its powers expanded in other realms as well, as the proposal also provides for increased reporting to the EU regulator on different matters (such as delegation, as noted above). While this is justified by the desire to avoid duplicate reporting, it will probably do little to decrease reporting obligations for AIFMs overall; indeed, the opposite seems much more likely from the current draft. Flanking such additional reporting requirements are increased disclosure obligations towards investors, in line with investor demands and global trends (for example, as illustrated by the new rules proposed in the US). Such disclosure requirements revolve mainly around fees.

It remains to be seen whether further changes will be made to the proposal following stakeholder feedback. At the very least, the market can take comfort in the fact that, as revealed by the ongoing review process, the AIFMD has by and large proven itself fit for purpose. Although the proposed amendments in their current form do not qualify as game changers, they will give the industry the opportunity to level up and ensure that the framework is future proof, apt to accommodate future generations of funds and the evolution of market practice. The new rules are currently expected to come into force in early 2025.