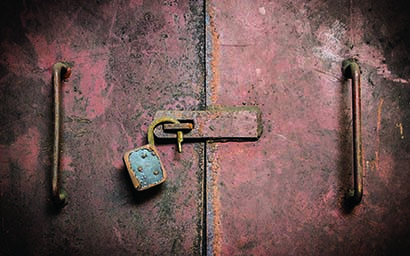 As equity-based smart beta strategies become increasingly mainstream, Nicholas Pratt investigates the development of the fixed income smart beta market and asks how its potential can be realised.

Whereas the equity side of the smart beta market is rapidly becoming commoditised, fixed income smart beta has not reached anywhere near its potential. There are fewer fund offerings, less academic research and a smaller number of indices and benchmarks.

Within the EMEA fixed income ETF universe, non-traditional beta accounts for just 5%-6% of the current market, says Paul Syms, head of EMEA ETF fixed income product management at Invesco. This percentage is likely to double in the next five years as a far broader choice of smart beta fixed income offerings come to market. But it does beg the question of why there is not greater development already, given that many of the fundamental principles behind smart beta make more sense in fixed income than they do in equities, particularly with respect to non-market capitalisation-weighted benchmarks.

For example, in standard equity benchmarks, those companies reporting or anticipated to report strong earnings will go up in value, increasing their weight in a specific index. However, for fixed income (FI), the same principle would mean that companies or countries that are more highly indebted (or whose fiscal position is worsening) would have a higher weight in the index, rather than those with better growth prospects and therefore superior ability to service their debt.

Eric Isenberg, head of fixed income portfolio management, quantitative beta strategies at JP Morgan Asset Management, believes institutional investors are increasingly aware of this. “They are increasingly uncomfortable with the profligacy of market cap-based FI strategies and investing in the most indebted companies in the most indebted countries,” he says.

Isenberg thinks that just as equities smart beta reached its inflection point three to five years ago, fixed income smart beta is now approaching its own critical period. However, there are a number of implementation challenges in translating the factors that have driven equity smart beta – qualities, value and momentum – into fixed income factors.

“We believe that those factors persist across asset classes but the big challenge is in the data,” says Isenberg. “There are lots more fixed income securities and they can become different entities over time, which makes it more difficult to compile an entity database and perform historical backtesting. Reliable pricing and analytics, such as effective duration and option-adjusted spread, need to be obtained and calculated for tens of thousands of securities historically.”

Concrete evidence
Another challenge to smart beta indices in fixed income is the lack of empirical evidence on their returns, says Syms. “Historically, there has been more focus on smart beta investing in equities. For example, factor investing has a history going back decades.

“Fixed income is different, largely due to the fact that not only are benchmarks a more recent development, but also there is a wide range of benchmarks for each fixed income asset class which constantly evolve around issuance and redemptions of individual bonds.”

There is also a lack of consensus on what constitutes beta in fixed income, says MJ Lytle, chief executive of Tabula Asset Management, which intends to launch a number of new funds for passive fixed income investors looking for more compelling products.

This lack of consensus ranges from the selection of securities to the creation of indices. “These are things that have been nailed down in equities but are still being debated in the FI market. If you went to different FI providers, you would get different answers to some fundamental questions,” says Lytle.

“Given that the underlying market structure won’t change fundamentally, the challenge to passive fund manufacturers and index providers is to look at FI for its own characteristics rather than applying logic developed in the equities market. We have to start from a different place and we have to consider what the benchmark is trying to achieve.”

Lytle says the opportunity is both exciting and daunting. “Investors have an opportunity to make major contributions to the outcome. The industry needs to spend more time discussing the problems they are trying to solve, the exposures they are looking to deliver and what is lacking in existing benchmarks.”

These discussions will become easier once there is greater standardisation and apples can be compared with apples, says Lytle. “It is all a question of time. Major equity indices have been around for decades and their logic and construction is well understood. Passive investing in FI is much newer than in equities. As a result, passive penetration of the fixed income trails equity by a wide margin.”

“In equities, we focus on value, momentum and low beta. In fixed income, the factors are more immediately evident building blocks like obligor risk, structural risk, credit duration and interest rate duration. As passive fixed income tools become more precise, their appeal will expand across the investor spectrum and begin to attract fixed income specialists in the same way that passive equity investments have done.”

Another reason why equities are still the more popular asset class for smart beta strategies is simply because they have a longer heritage, says Christophe Roehri, managing director at French asset manager Tobam. “Equities are usually more liquid, with a longer and more robust track record in terms of data. Almost everyone is interested in FI smart beta but not everyone is invested, even though there is no theoretical reason for the reticence.”

Manufacturers need to come up with a product or strategy that mitigates those implementation challenges without being more expensive or more risky, says Roehri.

Tobam has been running its own fixed income smart beta product since 2014 based on the same anti-benchmark and maximum diversification principles that have driven its equity smart beta strategy. For its anti-benchmark US credit product, being well diversified currently means lowering the concentration in US energy where there is a strong bias in US credit due to the high issuance from American energy companies following the discovery of shale oil in the US.

“Ultimately we are not interested in each underlying asset but in the combination of those assets and making sure that we are providing high diversification,” says Roehri

Always popular
The development of the fixed income smart beta market will be driven by a combination of both investor demand and smart beta providers looking to create new products, says Antoine Lesne, head of SPDR ETF strategy and research at State Street Global Advisors. “Smart beta providers able to design products that can be efficiently replicated are always going to be popular with investors.

“Equally, investors disappointed by active performance will typically be attracted to a systematic investment approach that is tailored to a particular index. Investors are keen to learn more about these approaches and more sophisticated investors are now somewhere between dipping their toes in the water and jumping in head first.”

“This has caused fixed income investors to be more sensitive around the level of fees they are paying, which in turn has increased demand for passive products. However, low yields tend to mean low returns, which is driving interest in smart beta products that can boost returns while still having low fees,” says Syms.

While many of the elements of equities smart beta translate easily enough into fixed income, differences exist that explain the slower growth in investor demand, says Shane Shepherd, head of research at Research Affiliates. The advantages for smart beta in fixed income are smaller than in equities because it is a more efficient market with lower fees and better active managers, he says.

“The average quality of an actively managed fixed income manager is better than the average equity manager. So, the growth in demand from investors has been slower because their needs are already better met in fixed income than they have been by the equity-focused asset management industry.”

Shepherd believes there is a lot more growth to come from fixed income smart beta, especially as the larger equities market becomes more widespread and commoditised, but there are potential pitfalls.

“Investors should primarily think about smart beta bonds as part of their bond portfolio in order to diversify away from equity risk, provide some income and downside protection, and not view them primarily as return drivers in their portfolio,” he says.

“Some ‘alpha’ is available via smart beta strategies in fixed income, but it will likely be smaller than what investors have come to expect from their equity portfolios. Don’t put the cart before the horse and be sure to keep a close eye on the risk exposures of your smart beta fixed income product.”