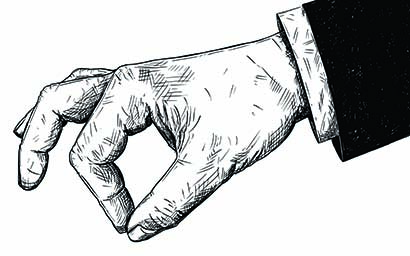 Nicholas Pratt investigates the growing interest in alt beta funds – vehicles that look to automate many of the active processes carried out by hedge funds – and their relationship with smart beta.

Alternative (alt) beta products have flooded the market in recent years. According to figures from JP Morgan, assets managed in alt beta funds have grown from $2 billion (€1.7 billion) to $70 billion between 2010 and 2016.

Meanwhile investment consultant bfinance says it has helped clients place more than $2.5 billion of assets into alt beta strategies in the past two years. “We have seen a sustained level of interest from investors. It is a well-established area,” says Chris Stevens, director, diversifying strategies at bfinance.

The trajectory of alt beta funds is similar to that of smart beta, as is the basic premise behind the strategy: to automate the asset allocation process using algorithms instead of active managers and to isolate the factors that create so-called beta. Yet there are some key differences in the methods and outcomes of smart beta and alt beta that are not always understood by investors, creating some confusion. For some of the pioneers of the alt beta market, this confusion is in itself baffling.

“Examples would include certain spread or momentum. So we looked to see if we could extract these new risk premia and manage it ourselves through quantitative trading models. And we realised we could,” says Jaeger.

“Smart beta comes from something completely different. The original term for it was fundamental indexing that is value-based rather than market cap-based weighting schemes within an index. But for some reason, there has always been some confusion about these two very different concepts.”

One of those may be the fact that the alt beta term has not been well defined and this has allowed a sales and marketing influence to push the respective ‘smart’ and ‘alt’ prefixes to the nebulous ‘beta’ term. Less well-informed investors have conflated the terms, despite the fact that, as Jaeger says, smart beta is very close to traditional beta but has very little to do with alt beta.

Not everybody means the same thing when they talk about alt beta, particularly in the long-only world. But for those in the alternatives market, the distinction between alt beta and smart beta is very simple. “Smart beta is long-only, factor-driven equity investing on a long-only basis. Alt beta is where you go long-short with the aim of producing a return stream that is uncorrelated with a long-only strategy,” says Keith Haydon, chief investment officer of Man Solutions and chairman of Man FRM.

He is unconvinced by smart beta. “I don’t see much use in the strategy in terms of providing diversification and uncorrelated returns. There is too much correlation with other equities and from a risk perspective, the impact is low. But if you went long-short and equity-neutral via an alt beta strategy, the returns have the potential to be less correlated.” Any confusion between the two is most likely to have arisen from ambiguous marketing and sales efforts whereby alt beta funds are promoted to long-only investors who are expecting a smart beta-like strategy, he says.

The potential confusion is not helped by the fact that many pension funds and institutional investors are divided into core and alternative assets and the two are run by different people.

ARP practices
One way to avoid any mix-up is to refer to alt beta by its other name – alternative risk premia (ARP). “The hardcore premise of ARP,” says Haydon, “is that excess returns on a long-short basis exist because there are risks that people are not willing to take but are willing to pass on for a fee.” For example, people may deliberately pay over the odds for options on their equity portfolio to help protect them against crash risk. “It is akin to an insurance premium that can help smooth your return,” adds Haydon.

The main benefit for investors is diversification, says Stevens. “Equity has had a good run in recent years and that is where most investors have their exposure but they are reluctant to tone down those returns or allocate assets to fixed income, so they are looking for diversification. Alt beta is generally uncorrelated to equities.”

In addition, alt beta funds offer alternative investments in a liquid environment for a flat fee of around 60-65 basis points. In previous years, investors would have had to invest in a hedge fund structure with a high performance fee to get access to the same exposures.

Alt beta is also more transparent, says Stevens. “It is a well-established strategy going back decades within academic finance. But the strategies have been repackaged so that they are more transparent around performance and process. You can easily understand the allocation strategy, unlike many of the traditional alternative investment vehicles where you don’t know what’s going on.”

While Jaeger is surprised that alt beta funds did not become more popular sooner, he believes that most investors understand the premise and the benefits. “The benefits are very simple – diversified bifurcation of an alternatives portfolio and access to new sources of risk premia. It is the same premise that hedge funds used to make of uncorrelated returns but alt beta is much more transparent and cost-efficient.”

In essence, hedge funds and alt beta/alternative risk premia are chasing the same returns based on the same premises but hedge funds are less transparent and more expensive vehicles, says Jaeger. So just as we are seeing more investors in traditional asset management replacing their actively managed funds with passive ETFs, or smart beta ETFs even, might we see the same dynamic in the alternative world with traditional actively managed hedge funds and alt beta funds?

“There are actively-managed hedge funds out there that do produce alpha but they are both hard to find and hard to access due to their exclusivity,” says Jaeger. “So alt beta may also serve as a more viable option for investors looking for an alternative investment but unable to get into a well-performing, actively managed hedge fund.”

Jaeger also believes that those investors that do find success with alt beta strategies are unlikely to turn their back on these vehicles in favour of an actively managed hedge fund in the future and to opt for more expensive sources of returns.

Politically motivated
Political factors are also feeding the growth of alt beta, adds Haydon. “Some pension fund boards are saying that they will no longer pay performance fees and this is becoming a big driver of product demand. If this is what investors want, it is our responsibility to see how we can help.” And for some hedge fund firms, ARP strategies have become an alternative to fund of hedge funds, offering lower fees, more diversification and a bridging of the utility gap. “It is part of a big shift in the hedge fund industry,” he says. “It is restructuring from the inside and moving to ARP strategies.”

Alternative investors will still be willing to pay higher fees for actively managed hedge fund provided they are providing better returns than their cheaper alternatives. As Haydon says: “If your expensive programme is not better than the cheaper programme, then it is likely to lose out anyway and you have a problem.”

One possible pitfall for investors seeking an alt beta product is that the marketplace is becoming increasingly crowded, says Jaeger. “There are a lot of new providers and their offerings are leading to a decrease in the average quality of the models and also those that mix in quite a bit of traditional beta in order to hide behind strong equity returns, so investors should be careful and go with providers that have a long track record and offer a genuinely equity beta-neutral strategy.”

Some feel that the alt beta market is close to peaking, says Stevens. “We have been tracking 60 managers with an offering in that space, which has doubled since last year. But I would not expect the same doubling next year. Most credible managers have already developed a product and we have a critical mass.”

Stevens still anticipates an increase in the allocation to alt beta but even this might be under threat, given the most critical factor of all – performance. Current returns average an underwhelming 0.2%-0.3%, says Stevens. “Performance is always of interest and it has been a challenging year for alt beta. So far the average manager is down, but that it is to be expected. If investors aren’t up to speed, they may shy away because of a near-term perspective on returns.”