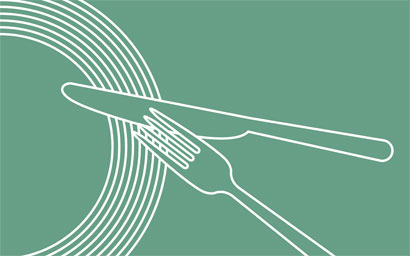 Academics from Edhec-Risk Institute explain how the wrong approaches to smart beta could lead to the loss of diversification.

Smart beta was initially conceived as a response to two drawbacks of market-cap indices. The first drawback is that such portfolios typically provide limited access to long-term rewarded risk factors such as size or value, among others. The second problem is that they do not efficiently diversify unrewarded risks due to excessive concentration in the largest market-cap stocks.

However, in recent years, the question of diversification has taken a back seat to the question of appropriate factor tilts, which has become the prime concern of smart beta providers.

Positive exposure to rewarded factors is obviously a strong and useful contributor to expected returns. However, products that aim to capture explicit risk-factor tilts often neglect adequate diversification. This is a serious issue because diversification has been described as the only ‘free lunch’ in finance. It allows a given exposure to be captured with the lowest level of risk required. In contrast, gaining factor exposures exposes investors to additional types of risk, and therefore, such exposures do not constitute a free lunch. They instead constitute compensation for risk in the form of systematic factor exposures. Such capturing of risk premia associated with systematic factors is attractive for investors who can accept the systematic risk exposure in return for commensurate compensation.

However, factor-tilted strategies, when they are very concentrated, may also take on other, non-rewarded, risks. Non-rewarded risks come in the form of idiosyncratic or firm-level risk, as well as potential risk for sector concentration. Financial theory does not provide any reason why such risk should be rewarded. Therefore, a sensible approach to factor investing should not only look at obtaining a factor tilt, but also at achieving proper diversification within that factor tilt. To illustrate this point, we focus on the value factor.

Thought experiment
If the objective was to obtain the most pronounced value tilt, for example, the only unleveraged long-only strategy that corresponds to this objective is to hold 100% in a single stock, the one with the largest value tilt, as measured for example by its estimated sensitivity to the value factor or its book-to-market ratio. This thought experiment clearly shows that the objective of maximising the strength of a factor tilt is not reasonable.

Moreover, this extreme case of a strong factor tilt indicates what the potential issues with highly concentrated factor indices are. First, such an extreme strategy will allow the highest possible amount of return to be captured from the value premium, but it will necessarily come with a large amount of idiosyncratic risk, which is not rewarded and therefore should not be expected to lead to an attractive risk-adjusted return.

Second, it is not likely that the same stock will persistently have the highest value exposure within a given investment universe. Therefore, a periodically rebalanced factor index with such an extreme level of concentration is likely to generate 100% one-way turnover at each rebalancing date, as the stock held previously in the strategy is replaced with a new stock that displays the highest current value exposure at the rebalancing date.

While practical implementations of concentrated factor-tilted indices will be less extreme than this example, we can expect problems with high levels of idiosyncratic risk and high levels of turnover whenever index construction focuses too much on concentration and pays too little attention to diversification.

Aiming at a highly concentrated value portfolio would be completely inconsistent not only with financial theory, but also with the principles put forth by the early advocates of value investing.

When constructing portfolios which contain, for example, a large number of value stocks, cap-weighted portfolios of value stock selections may at first seem to be more neutral implementations than equal-weighted portfolios. However, it is well known that cap-weighting has a tendency to lead to very high concentration given the heavy-tailed nature of the distribution of market cap across stocks in the same universe.

It is well documented in the academic literature that simple cap-weighted value-tilted portfolios have not led to attractive performance. In fact across different studies, empirical results show that a value strategy needs to be well diversified to deliver a significant premium.

Overall, it thus appears that the approach that proposes to construct concentrated factor indices is supported neither by the academic literature, nor, for that matter, by common sense. On the contrary, there is a strong theoretical motivation for constructing well diversified factor-tilted portfolios.

Concentrated versus diversified tilts
We compared portfolios for six factor tilts, each with different stock selection filters, which are constructed using two different weighting schemes: cap-weighting (CW) and equal-weighting (EW). Two kinds of filtering are used; the broad filtering selects the top 50% stocks, in terms of factor scores, from the stock universe at each rebalancing; the narrow filtering selects the top 20% stocks. The idea behind this 20% filter is of course to test the commonly accepted idea that the more a portfolio is concentrated in stocks that are most exposed to a factor that is well rewarded over the long term, the better the portfolio will perform.

The average Sharpe ratio goes up from 0.55 to 0.66 when moving from CW to EW portfolios.

Also, in the case of this narrow stock selection, the improvement in Sharpe ratio from 0.58 to 0.67 is observed through the use of EW over CW. Similarly, the information ratio remains higher for EW factor-tilted portfolios.

Increasing factor concentration by selecting the top 20% stocks in terms of factor scores instead of the top 50% stocks does not have a meaningful impact on risk-adjusted returns. For a given weighting scheme, increasing concentration through more stringent stock selection (i.e. going from 50% to 20%) leaves the average Sharpe ratios and information ratios at relatively similar levels overall.

Thus there is no added value, from a risk-adjusted performance perspective, in having factor-tilted portfolios that are more concentrated. We feel that this result is extremely important, given the tendency observed on the market to produce extremely concentrated factor indices or portfolios.

This is an interesting finding because when applied to a full universe without a factor tilt, EW is known to increase turnover. In the case of factor-tilted indices, the turnover is mainly generated by variations in stocks’ characteristics and thus changes in which stocks are selected. Therefore, the weighting scheme does not contribute much additional turnover.

Due to their nature of strongly underweighting smaller stocks, cap-weighted portfolios exhibit low days-to-trade (DTT) numbers. DTT is in indicator of the time required to trade the least liquid positions in the portfolio. DTT increases when moving from CW to EW but remains well behaved. It should be noted that one can use additional liquidity management rules to improve the turnover and DTT of an equal-weighting strategy or other alternative weighting schemes.

Overall, it appears that concentrated factor tilts lead to implementation challenges that are not compensated by better risk-adjusted returns. Using a more diversified weighting scheme such as equal-weighting, however, leads to significant improvements in performance with manageable implementation properties.