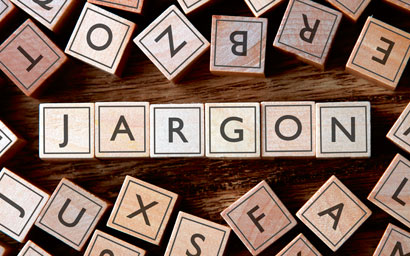 Renowned economist Bill Sharpe said the term smart beta ‘makes him sick’. Even some of its practitioners are uncomfortable with it. Kit Klarenberg investigates why people cannot agree on the right way to name the vehicle.

Smart beta is a uniquely intangible buzzphrase in modern finance. Definitions differ in small yet substantive ways from provider to provider, and comprehension of the term can vary wildly among investors, commentators and consultants. Increasingly, though, it is commonly understood to mean an ETF that invests in factor indices with a proven historical record of outperformance (such as dividends, value, low volatility and momentum), rather than traditional market cap weighted indices.

Investors are more and more enamoured with such strategies; journalists and advisers are likewise highly smitten, both promoting them as a panacea for investors pessimistic about actively managed funds and index trackers alike. Others, however, are decidedly less keen: “nonsense”, “gimmickry”, “abominable”, “awful” and “revolting” are just some of the brickbats that have been hurled in recent years.

While the conflict between active and passive investment has become ever-more hostile of late, these jibes have frequently been aimed not by embittered active managers, but figures such as index innovator Jack Bogle and passive pioneer Rick Ferri. Their vitriol stems not from smart beta’s investment approach, but its name.

ETYMOLOGICALLY TESTED
Consulting group Willis Towers Watson minted the term smart beta in the early 2000s as a concise way of conveying a dual meaning. “On one hand, it made clear these products were more advanced than simple index performance emulators. On the other, it suggested investors in these strategies were ‘smart’, as they were exploiting systematic biases and inefficiencies in the market to achieve returns, rather than overweighting overvalued stocks and the like,” says Phil Tindall, senior investment consultant at the firm.

While the company’s intentions were no doubt benign, these implied properties of smart beta are in themselves sources of much industry consternation. Vivian Tung, vice-president of BBH Exchange Traded Fund Services, says the term is effectively insulting, as its obvious implication is traditional index investing is somehow unintelligent – and traditional index investors are too.

Moreover, the term by definition suggests ‘dumb’ beta must also exist – when, as Mark Fitzgerald, Vanguard’s head of product for Europe, notes, something is either ‘beta’ or not. 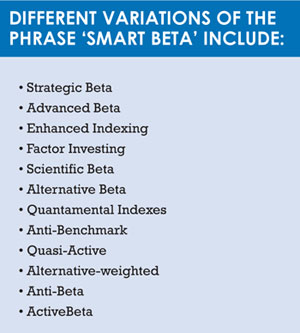 “We are often referred to as a smart beta provider, but we don’t like the name at all – it’s an unhelpful and vague marketing phrase, which is in fact an umbrella term for a range of strategies,” he says. “Because of the hype, some index fund providers are now branding their products smart beta, as regularly rebalancing an index fund’s portfolio just about meets the definition of a blended passive and active approach – but ultimately, most index funds don’t directly invest in factors, and if you’re not investing in factors, you’re not beta investing. Likewise, there’s such a high degree of active management in smart beta ETFs, they cannot in any way be considered a passive product.”

Willis Towers Watson itself has expressed disquiet over the misappropriation of the term by opportunistic passive providers, who have affixed the ‘smart beta’ label to a number of products old and new that merely track the performance of a certain section of a stock index.

This problem, the group said, was most prevalent in the equity space, where a range of region, cap and industry-specific vehicles had been rebadged. In short, retail and institutional investors suckered by the allure of smart beta could find what they end up investing in is in fact neither ‘smart’ nor ‘beta’ at all, but the same old in shiny new wrapping.

As a result of these issues, Vanguard prefers the term factor investing, and the firm is not alone. In fact, many industry players have attempted to rebrand smart beta since its inception. Most successfully, in 2014, leading investment research firm Morningstar coined the term ‘strategic beta’; it has gained a modicum of traction among providers since, including Deutsche Asset Management.

“Smart beta is not the most accurate term – we use strategic beta because [the products] implement a strategic investment strategy in a passive way. They still track an index but with a different type of risk-and-reward performance to cap-weighted indexing,” explains Martin Weithofer, head of strategic beta at the firm.

Nonetheless, to date every other mooted substitute has singularly to catch on; Active Beta, Advanced Beta, Alternate Beta, Enhanced Indexing, Quantamental Indexing, Quasi-Active Beta and Scientific Beta have all been advanced in the past year alone. The reasons for their failure are manifold. First and foremost, while some of these monikers are snappier than others, most are just as uninformative and imprecise as the term they were intended to supplant.

EVOLUTION
It’s also important to consider that a word’s definition can change over time. The word awful, previously applied to smart beta in an unambiguously negative context, originally meant ‘to inspire wonder’.

While debate rages intensely over whether smart beta ETFs fall into the active or a passive category, the truth may be simpler – smart beta is neither, and needn’t be either.

Rather than a new marketing term for a long-established investment strategy, or a mere branch of one or other of those camps, smart beta has arguably evolved into a unique industry service sector – and will continue on in this vein. Since the first smart beta ETF was launched in 2003, these vehicles have enjoyed a stratospheric rise; today there are thousands on the market, holding around €600 billion in retail assets globally alone. If average annual asset growth rates of 19% maintain, this figure will exceed €1 trillion by 2020. If that comes to pass, it would be inappropriate to regard smart beta as anything other than a standalone asset.

Industry giant BlackRock recently tried to create a universal definition of smart beta; an investment strategy that merges passive and active investment strategies, in pursuit of a particular outcome. While this is still an indistinct definition, and may well cause its own degree of controversy, its imprecision could be a blessing. It implies a spectrum of passivity, meaning a highly rules-based, index-dependent strategy, and a constantly optimised high-maintenance approach, can both be considered smart beta.

Given smart beta is evidently going nowhere, the term’s detractors may be forced to swallow their pride. That shouldn’t be too difficult – the vehicle has many positives, and investors arguably get the best of both worlds in many respects.

For instance, as with index funds, smart beta ETF providers are obliged by regulators to offer clear projections of future returns in their prospectuses, and moreover outline market dynamics and events that may prevent it from achieving its desired outcome, potential variability of returns, and expected degrees of tracking error and difference.

Conversely, as with active funds, providers must disclose a smart beta ETF’s effective portfolio holdings, and how each contributes to returns. On this basis, smart beta is arguably the least opaque investment product the world has ever seen.

Smart beta’s assorted practitioners can only hope a universal definition does take hold, and investors always remember to look under the bonnet before placing their capital, and faith, in a particular strategy.