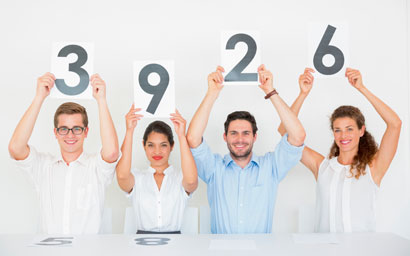 The problem with backing a smart beta factor – such as a low volatility fund, for example – is that the factor could become more expensive as it gains in popularity, eroding any advantages, say experts.

It’s great to be popular. Popularity is something most people probably aspire to. But when it comes to stocks, or in this case single factors used in smart beta strategies, popularity has a downside. It drives prices up.

This is marvellous if you’re in and are looking to move out, but in today’s highly volatile markets, low volatility is a factor that a lot of investors want to be in and even more want to stay in.

It’s been argued that if a factor becomes too expensive, any gains that strategy might have had are arbitraged away by the increased valuation. But is there any evidence for this?

Bryon Lake, who runs Invesco’s PowerShares, does not think so. His high dividend, low volatility fund continues to attract flows, recently hitting $440 million. “We think the strategy can continue to add value on the medium to long-term horizon,” he says.

The fund has a relatively simple formula for getting its components into an exchange-traded fund wrapper. For its S&P 500 fund, it screens the stocks for those with the lowest volatility and repeats the process for those paying the highest dividends. It contains 50 securities, rebalanced and reconstituted in January and July. The fund has a total expense ratio of 30 basis points.

Ana Harris, head of equity portfolio strategists for State Street Global Investors, concedes that low volatility is expensive from a valuation metric but “not especially so”.

As for overcrowding, Harris sees little evidence for it as it’s such a small part of the overall market.

Lake goes on to quantify the smart beta market relative to the investible universe and demonstrates that it is relatively tiny. He says the entire fund industry is around $14 trillion, globally $20-$30 trillion in assets. The ETF industry is $3 trillion and smart beta is around $500 billion.

“Not only is it a very small drop in a big bucket, the rest of the bucket is leaning in a slightly different way. In the greater context, we’re very comfortable with where we’re positioned and the capacity of these strategies,” says Lake.

Eric Shirbini, product specialist at ERI Scientific Beta, thinks crowding is the wrong word for beta strategies, and that it applies more to alpha strategies: “Hedge fund strategies, where you have some sort of alpha secret source – when people know about it, that alpha is going to disappear. Crowding is used for alpha, not beta. How many people say that the US equities market is overcrowded?”

However, Howie Li, co-head of Canvas, ETF Securities, says the most popular smart beta strategy in equities is minimum volatility, which has caused prices to creep up. “That is a herding effect because more and more people want minimum volatility – all of a sudden, the attractiveness of the strategy that it was designed for is marginalised,” he says.

Harris, though, suggests there is a more “mathematically sophisticated” way of achieving a low volatility fund. She says rather than just find the stocks with the least volatility, look at how they correlate with each other.

“You can have exposure to low-risk names but also high-risk names, because they correlate to other names, which brings down volatility, in the same way you ‘d have equities and bonds in the same portfolio,” she adds..

Dimitris Melas, global head of equity research at MSCI, has looked at extensive research into low volatility since his firm launched its index in 2008. At the moment, he says, minimum volatility valuations compared to the market are about average but not at extreme levels.

He adds that any individual strategy may become crowded and suffer negative performance. Over the past eight years, for instance, minimum volatility has tended to do well every time the markets are volatile. He cites problems in China, the much-touted Federal Reserve interest rate hike and Brexit as examples. The strategy does well when investors seek safety, adds Melas.

Ossiam is a firm that has been running a low volatility strategy for many years and released research into the perceived problem of overcrowding at the end of last year. It found that stocks in low volatility portfolios are concentrated on less indebted and more profitable companies than their market cap-weighted benchmarks, which explains why they trade at a premium to the market portfolio. However, rather like Melas, the study found that price-to-earnings and price-to-book of minimum volatility stocks do not imply overvaluation relative to historical standards.

When it comes to overcrowding, Bruno Poulin, chief executive officer of Ossiam, says crowding could apply to any factors that are getting more attention. However, the composition of low volatility products can vary widely. In terms of stocks held, for instance, his and his competitors’ portfolios are only 30%-35% alike.

AGAINST THE GRAIN
Investing in low volatility stocks may present a sort of existential crisis for some investors. Investment philosophy indicates that if one seeks returns, it’s prudent to hold more volatile stocks, as these are the ones that are going to give greater returns.

However, as State Street’s Harris says, at the moment you’re getting rewarded for underperformance. But this is cyclical: a look back to the telecoms crash in 2000 shows that if you were a value investor, you got hurt, and if you were a low volatility investor, you also got hurt. If you were a single factor investor at the time, momentum would have performed well.

The answer for Harris is to be more diversified with your factor selection and not limit yourself to one. Shirbini though, says it’s possible to be diversified within a single factor. He says that in such an instance, its best not be too concentrated within a sector (he gives the example of mining stocks being hit by the correction in commodity prices). The same would apply to being concentrated in certain stocks: he mentions Volkswagen and its emissions scandal.

Has minimum volatility become too crowded and, because of its popularity, seen its purpose “marginalised”, to quote Li from ETF Securities? Well, according to providers of low volatility smart beta funds, there is no issue of overcrowding – although valuations might be higher than average, the strategy is not trading at extreme levels and they are still seeing inflows into the funds. Cynics will say that providers are obviously going to put this argument forward, but it’s worth considering that Shirbini from ERI Scientific Beta, owned by the not-for-profit Edhec Business School, also does not think crowding is a problem.

According to Ossiam, a pioneer of smart beta that has been running low volatility funds for some time, extensive research illustrates why the recent furore of overcrowding is erroneous. It concludes: “Despite the recent interest in this investment style, the amount invested in this sector is small compared to the market capitalisation of low-risk stocks. These strategies do not exhibit bubble-like outperformance with respect to the market. From a fundamental point of view, the low-risk stock appear somewhat expensive, but the historical analysis reveals that this expensiveness was not generated just recently but is rather a manifestation of a premium that less indebted and more profitable companies benefit from.”

In fact, as low volatility strategies do not rely on market capitalisation, if they are rebalanced regularly, as with the Powershares fund, they are less prone to bubbles than traditional market cap-weighted indices.