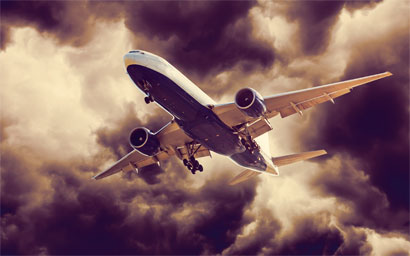 A row broke out this year when a pioneer in the sector warned that as smart beta funds grow in size, certain products could go ‘horribly wrong’. Funds Europe looks at what lay behind the controversy – and asks what safeguards there are for investors.

Two heavyweights of the asset management industry, Research Affilliates’ Rob Arnott and AQR’s Cliff Asness, have been having something of a public spat this year regarding smart beta. Both camps have written papers, prompted initially by Arnott’s assertion that smart beta could “go horribly wrong”. With accusations of performance-chasing and factor returns being lower than performance would suggest, is the rising star of smart beta investing destined to come crashing down?

“These predictions of a smart beta crash remind me of the old saying that economists have predicted 15 of the last three recessions,” says Dimitris Melas, global head of equity research at MSCI. He adds that if someone keeps predicting a crash, then of course some day it will happen.

However, while Arnott and Asness may disagree on certain details, both predict that a crash might happen at some point. “These [smart beta] factors, like the stock market itself, are now well known and will quite possibly ‘crash’ at some point in the future,” says Asness in his note ‘The siren song of factor timing’, referring specifically to strategies becoming over-popular.

Eric Shirbini, product specialist at ERI Scientific Beta, says that the real answer is we don’t know about a crash. Factors are cyclical. There are periods of time when they are going to hurt you; that’s what you’re being paid for, to hold through those times, he says.

Like Asness, Shirbini says timing a cycle is difficult. Asness discusses two forms of factor timing: one is to hold less of a factor depending on market conditions; the other, more extreme form is to declare a previously useful factor “now forever gone”.

However, Shirbini adds that factors are risk premia, the same as equities markets, so is it possible to time the stock market? Only with extreme difficulty and a huge amount of luck.

Nizam Hamid, head of product strategy at WisdomTree Europe, says that factors tend not to “crash”, but it is true that some factors may underperform. His example is that in a growth market, the value factor may underperform, although it will typically have lower volatility; momentum as a factor is prone to relatively high levels of volatility, although there are few exchange-traded funds (ETFs) based on momentum and often momentum is a function of active managers chasing single stocks.

There was the quant crash in 2007 – a result of crowding into positions – but it was very brief and not all the factors crashed at the same time. Also, as Bruno Poulin, chief executive officer of Ossiam observes, there was no correlation between valuations. He also says that while value will crash when there’s a drop in the market, this wouldn’t involve a huge move into one factor, as this would arbitrage any benefit away due to crowding.

BUYER BEWARE
Some believe investor naivety may be partly to blame for any crashes that do occur. Arnott says investors are performance-chasers who, in pushing prices higher, create valuation levels that inflate past performance. This would, he continues, reduce potential future performance and amplify the risk of mean reversion to historical valuation norms.

So, is it investor naivety or mis-selling that could spell disaster for smart beta? Francois Millet, head of ETF and index product development at Lyxor Asset Management, says there is a danger that fund managers promote smart beta as an ‘all-weather’ strategy that can outperform in all market conditions. “This is not the case: certain risk factors or strategies outperform in specific market conditions, but there may be sustained periods of underperformance,” he says, pointing to the relative poor performance of the value factor in Europe since September last year.

Arnott – in a follow-up to his initial paper, ‘How can smart beta go horribly wrong?’ – wrote: “To win with smart beta, ask if the price is right.” One pioneer of smart beta strategies, who preferred not to be named, says: “People saying smart beta strategies are going wrong usually have something to sell.” Arnott’s follow-up paper appears to extol the virtues of the value factor, including a graph that illustrates that a value portfolio would generate three times the income of a growth portfolio over a 49-and-a-half-year period.

The paper adds that this is surprising, as value finished cheaper than it started half a century ago. This is the “wedge” – and according to Arnott, a large wedge is evidence of structural alpha, which is not to be confused with situational alpha of a factor adding value only because it is becoming more expensive (the assertion made against low volatility in the first paper).

“Three years ago Arnott, said value is very cheap and it’s going to go up. It hasn’t done so,” says Shirbini. But this is not to suggest that Arnott’s assertions about certain smart beta strategies crashing are just to promote his own value proposition. Research Affiliates has its own low-volatility strategy, the FTSE RAFI Low Volatility.

A smart beta crash is unlikely. Like plain vanilla ETFs, even by using factors, a smart beta product is likely to struggle if the entire market crashes as it is still tracking underlying securities. As Lyxor’s Millet says, if markets fall, smart beta funds are likely to follow suit, though perhaps to a lesser extent than the benchmark if the strategy is designed around risk reduction.

If there is a crash on the horizon, diversifying a strategy that includes multiple factors is one way to mitigate a downturn. Focusing on one single factor will likely increase the chances of losses if the market moves, but with an ever-increasing number of products available, it is down to educating investors. They need to understand how the product works, and what investment objective they hope to achieve from it.

Furthermore, crashes are usually consistent with the use of leverage or concentrated positions. The majority of smart beta funds are broadly diversified and hold many hundreds or even thousands of different stocks, which appears to make a crash unlikely.