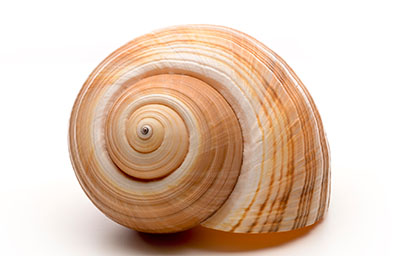 Private equity funds have been staffing up to provide ‘substance’ – but there are concerns that this may be window dressing, writes David Whitehouse.

The OECD and G20 anti-tax avoidance framework, known as Base Erosion and Profit Shifting (BEPS), leaves private equity investors and multinational companies facing the dilemma of how to ensure that tax reporting matches the real economic substance of their international operations.

The OECD/G20 BEPS framework, which has two pillars, was first introduced in 2016. It aims to address gaps in global taxes which sometimes made it perfectly legal for businesses to pay less tax by moving profits to jurisdictions with low or zero tax rates, even if a company had little or no real activity there.

BEPS’ first pillar reallocates some rights for authorities to tax multinationals from their home countries to the markets where they operate. The OECD projects that the first pillar alone means about US$125 billion (€118 billion) more will be paid in tax globally. Pillar Two introduces a global minimum corporate tax rate at 15%. It will apply to companies with revenue above €750 million and the OECD says it will generate around $150 billion in additional global tax revenues each year.

Though many private equity firms and companies in which they invest will be too small to be directly affected, future growth could lead to them falling under BEPS, and it is possible that qualifying thresholds may be reduced in the future.

As of November 2021, 137 countries and jurisdictions, including all G20 and OECD members, had committed to the plan. The OECD aims to bring the regime into force in 2023.

In practice, the latter is happening, Meyers says. In Luxembourg, the increased demand for professionals working in private equity funds domiciled in the country has had an impact on salaries, which he says have risen in recent years, and there have been more banking experts taking up positions as independent directors.

Professor Hans van den Hurk of Maastricht University, who also works as a tax lawyer for corporates and governments, says bringing in industry experts who are at or close to retirement can be helpful.

But he questions whether such people, in whatever geography, are really able to make decisions about the local business. If that is not the case, he says, the risk is that they are no more than “window dressing” and tax authorities may suspect that preparation for a decision taken formally in one location was in fact carried out elsewhere.

“In practice, bringing in capable people is not enough,” van den Hurk says. “Having people is not substance. It’s about real economic activity.”

Retroactivity
In December, the EU Commission introduced anti-tax avoidance Directive III (ATAD III), which aims to stop the use of shell companies for tax evasion. It proposes a “minimum substance test” and reporting requirements for shell companies. ATAD III in its current form will be retroactive for two years from January 1, 2024.

Introducing retroactivity is “not a great way to govern,” says Chris Patton, head of private equity fund services in Jersey at Intertrust Group, a fund administrator, adding that the consultation period at least means the rules should not come as a surprise. “People need to get their houses in order now.”

BEPS makes it more important for companies to book costs and any associated tax deductions in the place where the expenses were actually incurred, Patton says. “Any multinational will need a transfer pricing policy in place.” The test, he says, is that the internal attribution of costs by a company will need to be done as if the company was charging a third party for the services.

The Luxembourg government is lobbying to have the element of retroactivity removed, Patton says. According to Van den Hurk, ATAC III as it stands does not help in defining substance in that it takes a purely quantitative approach.

Double taxation
In many cases, private equity portfolio companies won’t be large enough to be affected by BEPS, says John Weybourne, global head of tax at Apex Group, a fund adminstrator. If and when those companies get larger, compliance will have to be seen as simply “a cost of doing business”, which will slightly reduce investment returns, Weybourne says.

Debt may be less attractive as a way to finance companies, Weybourne says. Under BEPS, businesses “can’t fully leverage with debt and assume they can get a tax reduction,” and it’s possible that equity financing will be used more as a result. “Debt-to-equity ratios may reduce.”

The OECD says that double taxation of profit allocated to market jurisdictions will be relieved using either exemption or credit methods. But the existence of “reverse hybrids” creates the danger of double taxation under BEPS, says Frank van Kuijk, a partner at Loyens & Loeff Luxembourg. This arises from the potential differential treatment of investment funds by different jurisdictions.

Investing in a fund should leave the investor in the same tax position they would have been in if they had been able to make the investment as an individual. But, van Kuijk says, one jurisdiction may recognise a fund as being transparent for tax purposes, while other jurisdictions may not. Alternative vehicles can be used to avoid the problem, such as corporate partnership vehicles, private and public limited liability companies. “BEPS is impacting fund formation practice,” van Kuijk says.

The result is that Luxembourg is in increasing need of specialist staff to manage and administer the vehicles. People have been moving from London to help meet the demand, Meyers says. “Luxembourg is becoming more of an important hub” which is moving away from purely back-office to middle and front-office functions, he says. The key roles where people are needed are portfolio and risk management, and compliance functions, he adds.

Developing countries
BEPS is ultimately non-binding and the OECD has no statutory authority to set tax rates or regulations anywhere. The regime is available as a common standard that countries can adopt through legislation. The OECD has been very successful over a ten-year period in combating tax avoidance, says Weybourne, and the existence of lower-rate jurisdictions meant that some tax avoidance has been prevented.

Some have questioned whether poorer countries with lower tax rates might in fact lose out. The OECD says that developing country revenue gains are likely to be greater than in more advanced economies. But according to Global Financial Integrity, 52% of African countries and 78% of least developed countries have not joined the framework. Those include Kenya, Nigeria, Pakistan and Sri Lanka.

Emerging markets can still compete with a minimum tax rate, van Kuijk says. Private equity funds look at growth rates and how they will be able to exit their investments.

“Competing on tax is a bit old school” and countries are not likely to do so these days, he argues. The private equity industry “does not aim to pay as little tax as possible,” says van Kuijk. “We don’t see lots of aggressive tax planning.”

That might simply reflect a more modern approach to public relations rather than a new financial reality. The amount of Dutch investment in emerging markets has dropped since BEPS was introduced, Van den Hurk says. If the old treaty benefits are no longer available, the “balance is just wrong” in terms of risk and reward. “Being able to set your own tax principles as a state is important.”

Van den Hurk draws an analogy with aviation, where flights may either be “point to point”, direct from one location to another, or “hub to spoke”, where a passenger has to fly first to a major hub and then on to their destination. Point-to-point movement is similar to direct control of a subsidiary by a holding company, while the use of intermediary structures is akin to hub to spoke. Investment in developing economies is more risky, so hubs in favourable tax locations are more likely to be used to reduce the dangers, he says.

Ireland, Van den Hurk notes, has gone from one of the poorest to one of the richest countries in the EU with the help of a low-tax regime. Tax is “not decisive, but important”, he says. If two countries have the same natural resources but one has lower tax, then investment will tend to flow to the latter. “There is no company which will decide on an investment without looking at tax.”