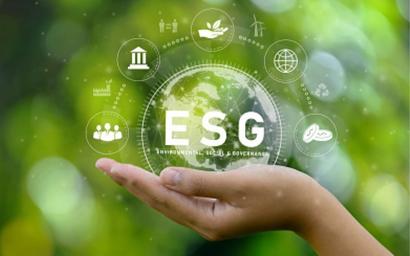 European Commissioners have faced accusations of greenwashing this year after allowing gas and nuclear to be given ‘green’ status under EU sustainable finance rules.

Opposition to the inclusion of nuclear energy and natural gas in the EU’s green taxonomy has prompted some member states to begin legal action. Austrian lawyers have argued there is no legal basis for the move, and Austria and Luxembourg have agreed to bring a lawsuit before the European Court of Justice.

In spite of these legal challenges, in July the European Parliament rejected a proposal requesting the exclusion of gas and nuclear activities from the green taxonomy, with 278 MEPs voting in favour of the resolution, 328 voting against and 33 abstaining. The new ruling means that both gas and nuclear will be introduced into the taxonomy from January 2023.

Germany, which opposed the inclusion of gas and nuclear, is considering joining the lawsuit. It’s been widely reported that there is a consensus among German institutional investors that nuclear power violates the ‘do no significant harm’ principle of the taxonomy.

Opposition to nuclear isn’t limited to Germany, Austria and Luxembourg, however. Research from Union Investment, an arm of DZ Bank, indicated that 89% of investors deem nuclear power unsustainable.

Despite this, some asset managers are hopeful that investment in certain ETFs will be boosted by the ruling. Global X Uranium Ucits ETF and Sprott Uranium Miners Ucits ETF, which listed in early 2022, are two that could potentially benefit, with both currently classified as article 6 – meaning non-sustainable – under the EU’s Sustainable Finance Disclosure Regulation (SFDR).

Celia Larkin, a financial services expert at consultants PA Consulting, says such energy producers can now tap into significant and growing flows of fresh funding from ESG investors. “Many nuclear-focused ETFs, for example, are likely to be first beneficiaries given their cost-efficient manner to provide investors with exposures to such asset classes,” she adds.

Tonnes of carbon dioxide
Many ETF issuers and index providers, perhaps unwilling to make a call on such a politically sensitive topic, have been tight-lipped since nuclear and gas were included in the taxonomy. Others have been more outspoken, though.

Frederic Bach, head of ESG and responsible investment at Ossiam, a specialist asset management company that develops and manages investment funds, including ETFs, tells Funds Europe that gas will have to be dropped from the taxonomy at some point.

He notes that “while the EU says it’s OK, if I’m the investor, the final investor, the pension fund, am I happy to invest in an industry that still releases tonnes of CO2 per year to produce the energy?”

Nonetheless, he stresses that Ossiam is being pragmatic in light of the energy challenges emerging from the Russia-Ukraine crisis. “People are going to say, ‘Well, how do I heat my home?’ Yet, we also want to listen to our investors, and if they believe what the EU says, then Ossiam will go back to the debate.”

While many asset managers are optimistic about what the taxonomy will mean for ETFs currently classified as article 6 under the SFDR, Bach notes that none represents the big indices that Ossiam covers. “So, even if we wanted to include these in our ETFs, we probably won’t be including them. Would we consider them in the future? Well, we’d have to come back to the debate and think about both our clients and also the image we want to project…

“If we were to introduce energy companies that burn gas in some of our ETFs, it would completely shift the needle the other way relative to what we’re trying to achieve”.

Yet the task of including gas and nuclear companies in ETFs isn’t wholly impossible, he notes. Some large companies could end up in indices that Ossiam might want to replicate with other ETFs.

Satellite exposures
Index provider MSCI has also detailed what the changes to the taxonomy will mean for ESG assessments and ETF funds.

Olga Emelianova, head of MSCI ESG impact and screening research, notes that there are 60 companies in MSCI Europe Investable Market Indexes with revenues from power generation activities, and that “over 23% of those companies had revenue from nuclear power generation”.

However, according to Rumi Mahmood, vice president, ESG research at MSCI, fewer than 15 ETFs in the world focus solely on nuclear power and uranium mining – with collective assets of just over US$2.5 billion (€2.5 billion) – and most of these products have been launched in the past two or three years. 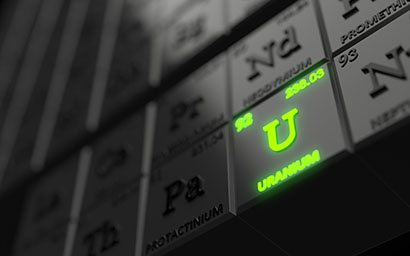 He adds: “While the emphasis of the EU ruling is on power generation, the scope of such ETFs can be broader, investing in a range of companies involved in uranium mining and the production of nuclear components, including those in extraction, refining, exploration or manufacturing of equipment for the uranium and nuclear industries.”

Yet, given their specific focus and concentrated portfolios, “such thematic products primarily serve as satellite exposures in investors’ portfolios”, he says

“Out of a total 10,000-plus SFDR article 8 and 9 funds [which specifically have sustainable goals as their objective], fewer than 300 implemented nuclear power exclusions”, states Mahmood.

Allowing nuclear power into the mix, therefore, doesn’t materially impact most ESG funds domiciled in Europe, he says, but it does expand the remit for utility sector investability.

Counter-intuitive
Although the ruling might not impact most ESG funds domiciled in Europe, Larkin at PA Consulting shares similar concerns to Bach. She points out that morally, the EC’s decision seems “counter-intuitive”, especially given the CO2 released by the gas industry every year.

Larkin notes that these types of energy sources are viewed by some as “important transitional steps” to becoming greener and less reliant on more polluting fuels such as coal. Indeed, the EC stated at the time of the ruling that there is “a role for private investment in gas and nuclear activities in the green transition” and that the EC “has proposed the classification of certain fossil gas and nuclear energy activities as transitional activities contributing to climate change mitigation”.

Moreover, including specific gas and nuclear activities is time-limited and hinges on specific conditions and transparency requirements. Consequently, as Mahmood has noted, the decision foreshadows a shift by Europe’s ETFs focused on nuclear energy and gas, aligning them more closely with the energy transition theme across the continent.

Green gold standard
Larkin says that for ETF investors who see this ruling as opportune, the EC’s decision stands as a “much-needed boost to flagging [nuclear and gas] energy industries”. To others, however, the ruling might mean “we may have depleted our EU ‘gold standard for green’”.

What is the SFDR?

The introduction of the Sustainable Finance Disclosure Regulation (SFDR) has meant that fund managers in Europe have been working to implement better ESG transparency measures in their fund strategies. Central provisions of the SFDR have been applicable since March 10, 2021, with statutory instrument delegated acts comprising more precise disclosure standards yet to be adopted by the European Commission (EC).

The EU Taxonomy Delegated Act is part of the EC’s plan for financing sustainable growth and boosting green investments while also tackling greenwashing. It establishes a framework to facilitate green investment, creating a ‘green list’ of environmentally sustainable economic activities. In effect, the taxonomy facilitates green investment by identifying and defining, through the use of scientific criteria, activities that qualify as sustainable. The taxonomy forms an important part of the EU’s aim to be climate-neutral by 2050, and by 2030 reduce greenhouse gas emissions by at least 55% from 1990 levels.