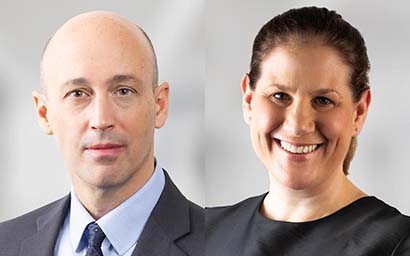 In July 2019, the European Securities and Markets Authority (Esma) launched a survey amongst national competent authorities on the different national approaches to the supervision of cost-related provisions under the Ucits and AIFMD frameworks, write Emmanuel-Frédéric Henrion and Maren Stadler-Tjan of Clifford Chance.

The survey was prompted by Esma’s first annual statistical report on costs and performance of retail investment products, which showed the significant impact of costs on the final returns for investors.

Esma also concluded in its supervisory briefing that there is a lack of convergence on the way the notion of ‘undue costs’ is interpreted across the EU. Esma therefore wants to promote convergency between the way ‘undue costs’ are assessed and the supervision of the obligation to prevent undue costs being charged to investors. The topic of ‘undue costs’ is especially on top of regulatory enforcement initiatives in the United States. Those being familiar with issue documents of US funds know that those documents usually contain a long and detailed list of expenses that may be charged to funds.

In the AIFMD environment one cannot miss the far reaching article 23(1)(i) of the AIFMD, requiring the disclosure of “all fees, charges and expenses and of the maximum amounts thereof which are directly or indirectly borne by investors”. A strict compliance with this disclosure requirement may however be challenging when dealing with alternative investment funds.

In the Ucits environment, the spectrum of fees, charges and expenses which can be charged to investors is less broad, but a pure retail investor base requires specific attention. The Esma guidelines on performance fees that are applicable to Ucits is a major step towards Esma’s ambition to prevent undue costs through, among others, better transparency in the description of the way performance fees are calculated and charged.

Now, the key question remains in which cases costs may actually be considered as ‘undue’. To deal with that question, Esma has introduced in its supervisory briefing to the national competent authorities the notion of a ‘structured pricing process’. With that notion, Esma expects that Ucits management companies and AIFMs will develop the most relevant benchmarking framework to determine whether the costs charged are proportionate compared to market standards and the type of services provided, particularly in the context of potential conflicts of interests and/or intragroup delegations. Needless to say, elaborating such a benchmarking framework will require significant investment time and access to relevant data. Clearly, Ucits management companies and AIFMs will need further guidance from national competent authorities.

No doubt this is an area which will require cautious attention from market participants where national competent authorities are urged by Esma to review structured pricing processes at the different stages of the life of a fund and at the occasion of various supervisory actions. The outcome of such supervisory actions in case of the discovery of undue costs charged to investors is expected to include investors’ compensation, reduction of fees, review of disclosure documents and communication of good and poor practices by the national competent authorities, which should assist in serving as a deterrent against managers charging undue costs to investors.