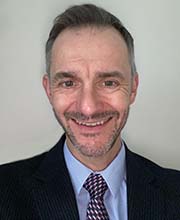 AIFMD review
The current AIFMD review is a further step towards better-integrated European supervision of capital markets. The proposals in the review are sensible and relatively uncontroversial, the general direction of travel is welcome. More capital could be unlocked by simplifying the regulatory framework and standardising practices like premarketing.

The AMF are right to encourage a more joined-up approach and are clearly frustrated with the disconnect between the broad consensus and slow implementation. Whilst a single regulator would be welcome, the plausibility of this proposal is questionable. The fact remains that getting a consensus on a single regulator enshrined in law lies outside of the art of the possible for the time being. The incremental changes laid out in the current review are achievable and are pushing momentum in the right direction.ves from the European Securities and Markets Authority (Esma). Esma relies on NCAs for on-the-ground experience and for a feedback loop. Luxembourg was the first EU member state to implement Ucits into national law and one of the first jurisdictions to implement AIFMD. Luxembourg’s investment fund industry’s history of success hinges on its ability to rapidly adapt and stay one step ahead of the regulatory environment. This first-mover status is one of the reasons why Luxembourg has the confidence of investors, attracts some of the best talent and has an outstanding reputation as a fund domicile.

Luxembourg has continued to evolve over the last decade. The transformation of the jurisdiction from primarily a Ucits centre to a leading choice for alternative funds demonstrates the jurisdictions’ focus on governance, enabling it to become a risk-management hub. The CSSF has played a valuable part in this.

With over €5 trillion in AuM and Luxembourg’s ability to anticipate regulation and market changes, it is well deserving of its reputation as the global leader for cross-border funds.

Harmonising Ucits and AIFMD
Different marketing requirements, fees and notification requirements of EU member states are a hurdle for effective cross-border fund distribution. This is well illustrated by the fact that: 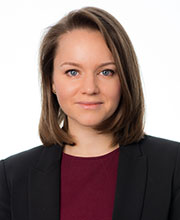 A leading supervisory role
The AMF has proposed that a leading supervisory role should be given to the competent authority in charge of supervising the fund manager, to monitor the management of AIFs established in other jurisdictions across the EU. It is not clear how this would be carried out in practice or what benefits such a role would provide in terms of market integrity or the protection of investors.

If the AMF’s proposal were followed, the relevant “leading” authority would have to be aware of and understand the laws and regulations applicable to AIFs established in other EU countries. This would require significant and continuous use of additional resources for each such ‘leading’ authority, requiring not only knowledge of local AIFMD interpretation but also knowledge of specific product laws which apply to certain types of AIFs in the relevant countries. Such laws would then be interpreted by (one or more) foreign authorities alongside the interpretation in the AIF’s home jurisdiction. In addition to causing confusion and uncertainty for investors, on a practical level we wonder how any ‘leading’ authority decisions would be enforced in the relevant AIF’s home jurisdiction.

In addition, there already exists a general framework for cooperation and the exchange of information between the EU/EEA competent authorities and Esma, so there is no reason why any cross-border concerns could not be addressed and resolved through the existing set-up.

Potential impact on the CSSF
From the perspective of Luxembourg AIFMs which manage non-Luxembourg AIFs, the CSSF would need to significantly invest in additional human and IT resources to ensure that each AIF managed by a Luxembourg AIFM (especially those subject to additional local laws and regulations) can be appropriately monitored by the CSSF. The immediate consequences of that additional responsibility that come to mind are longer periods (and more scrutiny) for approval of licences of AIFMs planning to manage foreign AIFs. This would also likely increase regulatory fees. There is also a question as to how comfortable would the CSSF be taking decisions over funds established in other countries given, for example, the potential political consequences of such decisions?

From a different perspective, if Luxembourg AIFs were to be supervised by the foreign authorities, one must understand that in addition to unregulated AIFs, Luxembourg has a large number of regulated AIFs which are supervised directly by the CSSF. The question is, what would be the extent of the powers of the foreign authorities over the CSSF-regulated AIFs? Would they only be able to prevent the manager from managing or marketing the fund in their jurisdiction or would they have the right to enforce their decisions over the fund and its investors generally? Would the foreign authorities’ decisions be directly binding in Luxembourg or would they need to be approved by the CSSF? What safeguards would there be to ensure that, for example, the AMF (or French courts) understand the intricacies of the Luxembourg legal system and what happens if the interpretations in Luxembourg and in France on a certain point differ? Would the ‘leading authority’ model create a ‘forum shopping’ incentive for the investors to address an issue with AMF rather than with the CSSF (or the courts of the respective jurisdictions)?

In our view this would cause significant uncertainty (if not chaos) in the industry, not only for the regulators but also the investment managers and the investors.

Different objectives
The AIFMD and Ucits directives were designed with very different objectives. Fundamentally, the Ucits directive is a ‘financial product’ directive aimed at protection of retail investor money, while the AIFMD is a ‘manager’ directive which regulates the management of funds invested by professional investors. It was never the intention of the AIFMD to adopt a Ucits-like product regulation. We do not believe that as a matter of principle, AIFs should be regulated at an EU level from a ‘product’ perspective, nor can we see that it would be practical to do so. In addition, the EU lawmakers have the possibility to adopt a regulation as and when any exemptions from (or additions to) general AIFMD framework are considered appropriate and beneficial at the EU level (e.g. Eltif [European Long-Term Investment Fund] regulation).

We believe, and our experiences have been, that both directives have functioned relatively well since their inception and the markets, and their participants, are now familiar with their content and associated requirements which allow the investment managers to plan and run their fundraising and investment activities efficiently. From what we hear from our clients and their investors, there is no pressing need nor rationale as to why the two pieces of legislation should be harmonised. In addition, any fundamental revamp of the existing legal framework would only place more pressure on the regulatory costs of the investment management business which, in the end, will be paid by the investors.