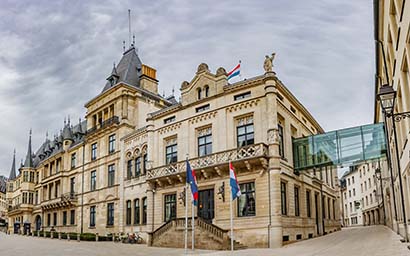 Passporting
The AIFMD [Alternative Investment Fund Managers Directive] regime is, as it is the case also historically with the Ucits framework, built on the basis of the passporting concept. In an AIFM context, such passports (management and marketing) are attached to the AIFM. Under this framework, the national competent authority (NCA) of the jurisdiction in which a given AIFM is established, has the responsibility regarding the initial authorisation and ongoing supervision of a given AIFM, focusing beside others on the internal organisation of the AIFM, which then in turn benefits from a marketing passport for all AIFs it manages.

The existence of this passporting regime has been a key driver of the success of the European fund industry since the mid-1980s in relation to Ucits and after 2011 in an AIF/AIFM context. Given the well-functioning of this passporting regime, the splitting of the responsibility regarding AIFs sold in multiple jurisdictions between several regulators would not be a step in the right direction and any initiatives to weaken the functioning of the passport regime would ultimately weaken the basis of the European AIF(M) and also Ucits framework. It should be noted that recent European legislation, such as the EU regulation on facilitating cross-border distribution of collective investment undertakings of June 2019, has confirmed such centralised responsibility by extending it to marketing communications.

The current regime is supported by an adequate existing supervisory convergence toolkit comprising a variety of tools such as the Esma [European Securities and Markets Authority] multilateral memorandum of understanding dated May 29, 2014, and the related guidelines, Esma guidelines and supervisory briefings as well as peer reviews and common supervisory actions.