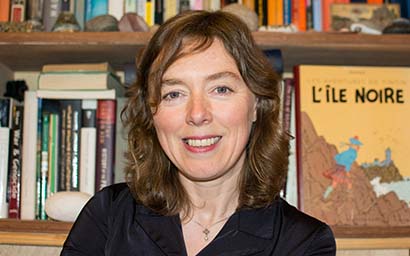 Outside, it is sheeting with rain. Driving home earlier on the motorway, I felt as though I were fording a large, shallow river rather than crossing the central belt of Scotland on a major road. I await news that this is the wettest August on record. For my inbox is full of extreme numbers.

Jim Wood-Smith, chief investment officer, private clients, at Hawksmoor Investment Management, informs me that UK national debt is over £2 trillion (€2.2 trillion) for the first time ever. That’s 12 zeros after the two. “More zeros than is good for anyone’s health.” How will the UK pay it back? It won’t, he says.

“If the British government ever returns to a budget surplus, to repay the debt at £1 billion a year would take two millennia. We can work forwards from there: at £10 billion per annum, it would take a mere two hundred years.” Crikey. My grandfather always used to dismiss problems by saying, “In 100 years, it’ll no matter.” But even that doesn’t put this one into perspective.

Then there’s the news from Block-Builder.net that on average, investors are now holding their shares for 92% less long than they did in 1980. Then, the average holding period was 9.7 years. Last year, it was 0.8 years. Think of the time and effort that has gone into persuading investors to take a longer-term approach and weep. By the time the UK has paid off its debt, share investments will be like mayflies, expiring within the day. Or we’ll be underwater, subsumed by downpours and melting ice caps.

Still, we must bat on, and – with perhaps just a hint of desperation in their eyes – providers in the investment industry are coming up with ways to make the most of the situation.

Qi Insights has developed an alternative way of hedging climate change – a portfolio of stocks that tracks changes in global temperatures. The correlation between global land surface temperatures relative to their 20-year average and the Qi basket of stocks has been 74% over the past ten years.

At a recent Funds Europe webinar on private markets in APAC, Mirana Cheung, managing director, China at Apex Group, highlighted opportunities that may lie ahead in distressed debt. Meanwhile, Mervin Teo, vice president at Quadria Capital, highlighted the need for private investment in healthcare, which has been boosted in myriad ways by the Covid-19 pandemic.

Pursuing a “survival of the fittest” investment strategy is also an option, as the economic fall-out creates intense competition. Paul Craig, portfolio manager at Quilter Investors, expects the changes wrought by the pandemic to become permanent and says businesses will have to keep up. He identifies three sectors that could benefit: sustainability, automation and Chinese consumer. “The fight for consumer spending is going to be intense and unfortunately not every business is going to survive,” he says. “Some of this will be as a result of sectoral changes, while some will be as a result of the renewed competition.”

With interest rates on the floor, you’d think investors would be searching for such opportunities. But according to Forex broker HYCM, UK private investors, who normally sit at the racier end of risk aversion, are flocking into cash. Well, who can blame them? The future is always impossible to predict, but these days you can really feel that impossibility in your bones.

I used to read Eric Hobsbawm’s book The Age of Extremes thinking I was looking back on what he calls “the short 20th century” from a better place. Now, I’m not so sure. This century looks like it will be long and a time of even greater extremes.