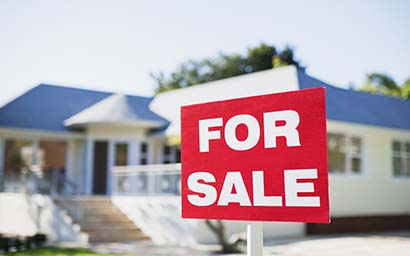 A new proposal would force UK investors in open-ended property funds to give 180 days’ notice of any redemptions. Critics fear this will stymie flows, but supporters hope it will reduce dealing suspensions and bolster long-termism.

German financial regulator BaFin stipulates that investors give 12 months’ notice to cash out from open-ended real estate funds. According to Harald Rieger, head of coverage for Germany and Austria at DWS, it’s a requirement that has made the open-ended fund model “more robust and means that clients use it in the right manner”.

Despite the uncertainty caused by the pandemic, open-ended special property strategies have been thriving in Germany. Investors sunk around €2 billion into German real estate alternative investment funds in the second quarter – a similar sum to the same period last year.

More evidence of the funds’ popularity can be found in a report by Hamburg-based real estate specialist Intreal, which shows that March was the only month in the first half of 2020 that recorded a net outflow (of €44 million).

Indeed, the BVI, Germany’s fund association, says the longer redemption period has restored investor confidence in the real estate funds sector and has helped to reduce panic selling during the Covid-19 crisis.

Spokesperson Patrizia Ribaudo notes that open-ended real estate funds have continued to attract inflows from both retail and professional investors since the extended redemption period was introduced in 2013. She adds: “Fund managers operate with high proficiency when it comes to liquidity management. In contrast to the UK, by and large, investors of German funds were able to sell their shares [during the pandemic] without any problems.”

The changes to Germany’s redemption periods arose from the 2008 financial crisis. The objective of a more recent amendment, says Ribaudo, was to allow property funds to improve their liquidity management with tools such as redemption gates, notice periods and swing pricing. One aim of all this is to prevent funds from having to suspend dealing or, worse, close down.

Mismatch
In the UK, the Financial Conduct Authority (FCA) began consultation on a similar withdrawals proposal – this time involving a 180-day notice period – in August. It sees the measure as a means of reducing potential harm to investors from the liquidity mismatch between daily traded open-ended fund units and the underlying physical real estate, which can take months to sell.

Heavy selling has caused fund managers to suspend dealing in open-ended property funds in recent years – following the Brexit referendum, for example. To cope with redemptions, trading has been suspended on a number of property strategies, including those managed by industry giants BlackRock and Schroders.

Louis Tambe, fund analyst at FE Investments, the portfolio management service of FE fundinfo, thinks the new rule could benefit both fund managers and investors. In his view, it would enable fund managers to run their portfolios with less cash, as they would have more time to liquidate holdings in advance of redemptions and so hopefully increase returns.

“It would also ensure that investors are more aware of the longer time horizon needed when investing in illiquid assets and therefore potentially reducing redemptions at times of stress,” he tells Funds Europe.

He doesn’t believe it would solve the liquidity issue outright, however. “We have seen with some hedge and private equity funds that they can still take years to liquidate if many investors try to pull out at once, especially when the underlying portfolio is significantly impaired,” he says.

Questions remain over the FCA consultation and how, assuming the proposed rule is implemented, it will affect the availability of the asset class. 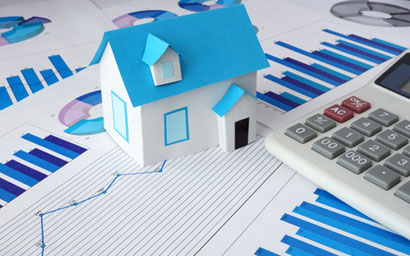 Tambe points out that if it will make it harder to invest in direct property funds for retail investors, “not all investment providers will have the ability to administer portfolios with different redemption terms, in which case it could be a disadvantage”.

One observer who believes the proposed redemption period could stymie flows is Adrian Lowcock, head of personal investing at Willis Owen.

The rule could remove short-term investors – something that is said to have happened in Germany – and reduce volatility in the asset class, he says. However: “There is no doubt by putting a six-month notice on the funds, they will become unappealing to many investors, especially in a time when investors are used to being able to access a growing range of investments with daily liquidity.”

Announcing the consultation on August 3, Christopher Woolard, interim chief executive of the FCA, said: “We think that our proposals will help further our consumer protection objective by reducing the number of fund suspensions, preventing unsuitable purchases of funds, and by increasing product efficiency for fund managers.

The UK’s Association of Real Estate Funds has welcomed the FCA’s consultation as a way of better aligning the liquidity of fund units with that of fund assets.

According to Richards, the consultation presents an opportunity to reflect on how these funds have functioned and where there is room for innovation to ensure that savers’ and investors’ needs are met.

The UK, it seems, does have something to learn from Germany – especially in light of recent  trading suspensions. As the German funds industry has shown, having a notice period to redeem from open-ended property funds appears to play less havoc with flows, making it less costly to provide liquidity.