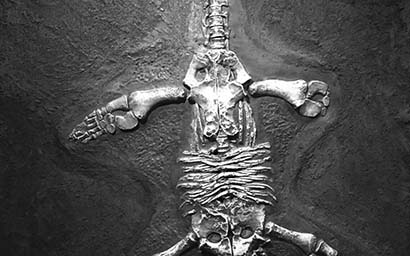 Tech disruption is playing out in the fund subscription process – known as transfer agency – more than anywhere else in the funds industry. Nicholas Pratt speaks to the latest disruptor, and to transfer agents.

Transfer agency – the area of the funds industry centred on subscriptions and redemptions, and which is riddled with manual processes – has become a testing ground for how stalwart firms (could we say dinosaurs?) will adapt to tech disruption. The fact that faxes still feature in transfer agency at a time when distributed ledger technology (DLT), or blockchain, is on the rise has led to suggestions that traditional transfer agents (TAs) may be the industry’s first victims of fintech.

(On a point of fairness, TAs will argue it is asset managers or distributors that are clinging to the fax machine.)

New entrants have emerged in recent months arguing that their nimbler infrastructure makes for a more compelling option for fund managers to work with because it will lower costs and could heighten the experience of a manager’s own customers.

In May, business processing vendor Target Group became the latest disruption threat when it announced a partnership with software firm Bravura Systems to launch what it called an “enhanced digital service solution” to the TA market for investment firms.

“With the backing of our parent company, Tech Mahindra, we also have the scale and technical expertise to be able to disrupt a market that has been predominantly dominated by a limited number of providers,” says Mike O’Connor, investment client director at Target Group.

The partnership with Bravura is based on having a digital overlay with mobile, self-service options for investors, says O’Connor: “This is the direction of travel seen across the industry and by defaulting to this position, it reduces costs, errors and gives the client, as well as investors, a better experience.”

Financial services as a whole is undergoing a shift as providers look to move away from their cumbersome legacy systems and utilise new solutions and services that will drive better customer outcomes, O’Connor adds.

“The TA market is no different and we see the traditional model being transformed from one where it was a very labour-intensive and bureaucratic process to being a virtual service with very little having to be done manually.

“New players are likely to be more nimble and responsive to customer demands as they are not burdened by legacy system issues.

“Technology is driving self-service and you will soon get to a point where we see virtual TA suppliers come to market with minimal need for staffing to field enquiries. This is ultimately the end goal.”

What? No TA?
The prospect of the disintermediation of the conventional TA service has been taken a stage further by another new entrant, Iznes. This France-based record-keeping platform uses technology provided by Setl, a DLT-based project launched in April 2017.

In November 2017, Paris-based asset manager OFI Asset Management successfully completed a trial to process fund subscriptions and redemptions via Iznes. Interestingly, it was all done without the involvement of a TA.

The Iznes platform currently involves 25 European asset managers with collective assets under management in excess of €5 trillion. It is planned to go live for funds domiciled in France and Luxembourg at the end of September.

What makes the Iznes platform unique, says Setl chief executive Peter Randall, is the DLT aspect, which allows fund managers to connect directly to the record-keeping platform, bypassing the TA.

Randall says that its proposition offers fund managers cost reduction and innovation in an area that is “a dead end of activity – expensive, slow and lacking transparency”.

The incumbent TAs will be able to respond, he agrees, but they will find it difficult, given the legacy technology at the core of their platforms. “The TAs have made all sorts of claims about their ability to do this themselves. They have convinced themselves that they are doing a great job. If they’re right, why do so many asset managers keep turning up to our meetings and suggesting ideas?”

He is also sceptical that incumbent TAs will be able to develop their own blockchains or DLT-based platforms. “The majority of the projects out there are using technology in a non-permissioned environment, through technology like Ethereum. Regulators want a secure and compliant environment.”

The other issue is performance, says Randall. “Even if they were able to get the technology into some form of permissioned environment, the performance is slow and too limited to process the daily volumes. Our platform can process tens of thousands of transactions a second.”

The incumbent TAs are indeed confident that they will not be removed from the market any time soon. “I do not think that the role of the TA will completely disappear for one main reason – regulatory requirements such as MiFID II,” says Sarj Panesar, global head of business development for asset managers at Societe Generale Securities Services (SGSS).

The execution of regulatory requirements may change, as will the technology involved, but the need to hold a register, provide transparency on underlying shareholders and comply with know-your-client and anti-money laundering rules will remain.

To underline the point, Panesar points out that SGSS was involved in the OFI trial on the Iznes platform, acting as a depositary and registering fund orders with the central depositary, which is Euroclear’s Eses system.

Panesar does not dispute that DLT will change the technology used in the TA process but will not necessarily lead to any disintermediation. “As we have seen, the process can be improved by DLT functionality and we may see the register being held on DLT technology, but this to me is replacing technologies. In my view, the TA will still exist.”

The TA service remains a core part of many asset servicers’ growth strategy. For example, Citi has invested in its TA offering, integrating it as part of its digital platform Velocity Clarity and also investing in more automation of the registry process, says Pervaiz Panjwani, regional head of custody and fund services at the firm.

But Panjwani says Citi and other asset servicers are aware that the record-keeping and registry side of the TA process is becoming rapidly commoditised and prone to competition from new entrants, especially by DLT-based services such as Setl/Iznes and FundsDLT: a Luxembourg-based project involving KPMG, Fundsquare and InTech, a fintech firm.

Consequently, some TAs are willing to entertain the prospect of leaving record-keeping and registry services to newcomers and instead, focus on the provision of data services that help managers meet new product governance requirements, get greater insight into clients’ investment habits and help them to distribute in new and emerging markets.

The challenge for the industry will be to marry the split of these traditionally bundled services and ensure that asset managers and investors are not inconvenienced by digital disruption but can instead benefit from increased innovation and more compelling offerings in the TA space.

“We have to ensure our data strategy is close to the distributors and client channels and that we can offer more granular data that they would not have access to anywhere else,” says Panjwani.

“We also have to pursue strategic and proactive engagement with the fintechs and innovators so that our platforms can interoperate and our mutual service offerings are complementary.”

Citi has invested in some of these new platforms, such as Setl, so is clearly willing to work with third parties, as are other asset servicers.

But does it have scale?
Incumbent TAs may also be helped by the fact that it will take time for DLT to be accepted as a scale technology, says Paul Stillabower, global head of product management at RBC Investor & Treasury Services.

“The challenge with the TA process is that despite the fact it has some inefficient touch points and manual intervention, there is so much investor data embedded in the service that it cannot be put on a DLT unless the technology is absolutely foolproof. Any security concerns are unacceptable,” he says.

“This is why asset managers prefer to see banks in the role of the TA. Start-ups don’t have the kind of balance sheets to safeguard their assets if something goes wrong. These are the kind of governance issues that effectively slow down the rate of digital transformation.”

In response to this point, O’Connor at Target Group says: “We agree the capabilities of start-ups is undoubtedly a consideration – however, our transfer agency service does not fall into this category.

“Instead, we see it as a natural extension of our well established servicing capabilities that we already provide to large banks and financial institutions, backed by the scale and strong balance sheet of Tech Mahindra.”

At the same time, banks and asset servicers are well aware that they don’t need to manufacture everything themselves, says Stillabower. For example, they don’t build their own fund accounting or custody systems.

A likely future model for the TA market is one where the asset servicer retains its overarching relationship with the asset manager but contracts a vendor or third party to conduct the registry process. One recent development that makes this a more viable option is the changing relationship between fintechs and incumbents, says Stillabower.

“Two years ago, there was much more hubris but there is now a realisation that the incumbents have the customers and resources. And instead of creating solutions looking for problems, there is more of a focus on finding a specific problem and identifying the best solution.”