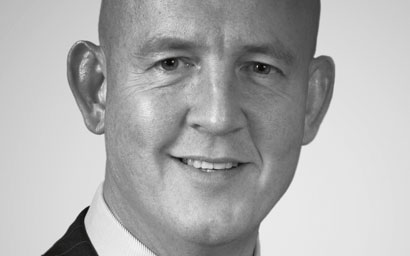 In Europe, assets from advisers should match those from institutions, says Investec’s Richard Garland. He tells George Mitton how to make it happen.

As Europe ages, the strain on its retirement system is killing off defined benefit pension schemes. In their place, individualised and rather less generous savings schemes, such as defined contribution, are left with the burden of supporting the elderly.

It is no wonder, then, that many commentators say tomorrow’s pensioners will need to top up their workplace or national pensions with their own savings. For asset managers, that’s good news because it implies more demand for funds.

This demand is likely to come through the various channels collectively known as ‘advisory’: wealth managers, private banks, funds of funds and financial advisers. According to Richard Garland, who manages the global adviser business for Investec Asset Management, the growth will be so significant that it will outstrip the institutional channel and, he believes, provide the majority of his firm’s asset gathering in the years ahead

New duties
However, in Europe at least, the adviser business does not yet provide its fair share of Investec’s assets. About three-quarters of the firm’s assets in Europe, excluding the UK, come from institutions. Although this is roughly in line with Investec’s overall asset base – about 70% of the $124 billion (€106 billion) it had at the end of June comes from institutions – Garland wants to balance the scales to reach a point where the adviser business and the institutional business in Europe contribute about an equal sum. He would also like to see continental Europe rise from providing roughly a tenth of the firm’s asset base to supplying a fifth.

This trend has now become a personal objective. A rearrangement of functions at Investec has seen Garland take on direct responsibility for the European adviser business in addition to his existing duties (previously, he co-ordinated the European adviser business at a global level alongside the firm’s businesses in the US, South America and elsewhere).

Under the new arrangement, Garland reports to John Green, global head of the client group. Together, the team must ensure that Investec gets the maximum amount of assets from European fund buyers.

Deep and local
In Garland’s favour, Investec Asset Management has some momentum behind it. Established in South Africa in 1991, it initially focused only on its domestic market. Even as recently as five years ago, the firm was known principally for its emerging market and commodities funds.

According to Garland, that narrow reputation no longer applies. Investec can compete with global managers across a range of asset classes, he says, be they European equities, Asian equities or global bonds.

In order to capture more flows, the firm has enlarged its teams in Europe with notable hires in Milan and Frankfurt. It now employs some 18 people in continental Europe. This is not large compared to some global managers, but it is a significant increase compared with a few years ago.

“We’ve had a presence in Switzerland for a long time with the Swiss private banks but we haven’t really gone deep and local into markets like Italy, Spain and Germany before,” says Garland, who adds that France and the Nordic countries are also in his sights. “You have to have people based locally. You can’t do fly in, fly out. You have to hire local talent.”

Me-too products
However, as the firm seeks to raise assets from private banks, wealth managers and advisers in Europe, it must navigate a landscape that is being transformed by regulation. The second Markets in Financial Instruments Directive (MiFID II) initially threatened to revolutionise the way fund managers gather assets by, among other things, banning rebates to advisers, which were the traditional incentive offered by asset managers to their intermediaries.

That would have changed things dramatically. How would asset managers have ensured the uninterrupted flow of assets from intermediaries in the absence of rebates? Garland is not worried, however. Many distributors in Europe have responded to the incoming regulation by redefining themselves as ‘non-independent’, which means they do not have to give up their rebates.

Indeed, the trend for non-independent distributors may even benefit some asset managers. Instead of trying to offer a wide range of products from many suppliers, these non-independent distributors are increasingly working with a small list of managers, say 20, with whom they form strategic partnerships. Fund managers lucky enough to be on the list can expect a steady stream of inflows at the expense of managers that are excluded.

“Because we started in South Africa, an emerging market, we don’t have a lot of me-too products,” says Garland. “We think we are a great complement to some of the larger asset managers, so we tend to be included.”

The rise of the non-independent distributor is not necessarily good news for the end investor, though. What investors may get from their distributors are fewer products from a smaller number of partner managers. Garland believes this narrowing of choice is an inevitable, if unforeseen, consequence of the MiFID II rules.

“It’s the death knell of open architecture,” he says. “It becomes a guided architecture. The dilemma is that regulation actually leads to less choice, because the cost of compliance at the level of distributor and asset manager increases.” He adds, however, that in his view, guided architecture is “not the end of the world”.

Looking ahead
Although Garland is taking on extra responsibilities in Europe, he will still live in New York, as he has done for about 23 years. This allows him to continue overseeing wholesale business in the US and in South America. The latest addition to his job is not a novel development, either – he managed Investec’s European adviser business for a few years before passing it on to a colleague when he was given the overall US wholesale business to cover.

Europe is hardly unexplored terrain for Garland. However, with regulation developing and the population growing older by the day, the landscape is certainly changing.