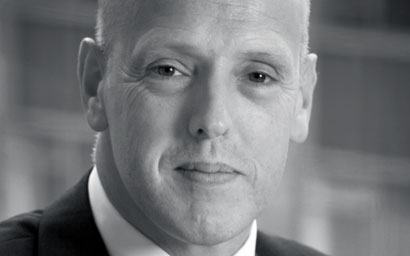 Mike O’Brien’s promotion to European CEO for JP Morgan Asset Management (JPMAM) in October 2014 makes greater sense with the benefit of hindsight. This is because in March this year, JPMAM entered the European ETF market and ETFs very much colour his background.

O’Brien (pictured), who heads the complete Europe, Middle East and Africa (Emea) business and is also co-head of global multi-asset solutions, joined JPMAM in 2010 as global head of institutional business. Prior to that, he had spent ten years at Barclays Global Investors (BGI) – and BGI, a firm with a renowned passive business, was taken over by ETF leader BlackRock in 2009 while he was working there.

In 2013, JP Morgan created an ETF business in the US. It launched its first product in 2014, and this year signalled the expansion of this line into Europe by hiring Bryon Lake, former European head of Invesco PowerShares.

“We’re creating a business plan to be in the ETF space in Europe, building on what we’ve done already in the US,” says O’Brien. “Any manager that wants a modern business needs the plumbing and technology to offer ETFs.”

This is not a case of one of the world’s largest active asset managers surrendering to the pressure of passive investment. Although JP Morgan entered the ETF business late compared to some of its main American peers like BlackRock and State Street, it leapfrogged over ETFs that track traditional indices and went straight to the ‘smart’ beta – or ‘strategic’ beta – runway with the 2014 launch of the JPMorgan Diversified Return Global Equity ETF, which tracks a FTSE multi-factor index, harnessing low volatility, momentum and other return drivers.

“ETFs are commonly seen as passive, but they’re just another vehicle to deliver investment strategies, whether that’s smart beta or active,” O’Brien says, flagging his background as a ‘quant’.

Quantitative investment, in other words computer-driven, statistical-led strategies, have a synergy with smart beta, which invest in academically researched investment factors such as size and momentum.

Also known as ‘active’ ETFs, smart beta ETF products have the equivalent of €38 billion of assets under management (AUM) in Europe and over $500 billion (€420 billion) in the US, according to ETFGI.

JPMAM expects popularity for smart beta funds will provide growth for its business; O’Brien thinks the strength of the firm’s brand will also be a driver.

“The European market is growing so fast that it’s not necessarily a case of pulling market share off incumbents. In smart and alternative beta, there will be further proliferation of providers, and investors are going to scrutinise brands for credibility,” he says.

Investors with large passive allocation see smart beta as an intermediate step back towards active investment, he says, and factor-based investing is “absolutely the right way to go”, though he warns that when flows move in great size, expected returns will compress.

“Investors should be buying smart beta for the right reasons – for diversification and risk management, not purely return, otherwise they may be disappointed.”

‘Inappropriate levels of risk’
Expect JPMAM under O’Brien to compete keenly in the defined contribution pension market. In the US, JP Morgan’s SmartRetirement products have been successful and JPMAM has since rolled out these strategies in the UK.

The target-date funds offer asset allocation – something the majority of investors, he says, do not want to do themselves. Average European investors have “inappropriate levels of risk” with 40% of assets sitting in cash.

O’ Brien also describes the baby boomer-driven decumulation market as the next big challenge and opportunity for asset managers.

“Globally there is no clear answer to how people achieve income security in retirement. The ultimate question is, if you can’t live off your investment income, and most people can’t, how do you spend down your capital without running out of money? The industry to date hasn’t done a good job solving this problem.”

Rebadging income funds has been one industry solution, according to O’Brien, but is not good enough.

Tech priority
Globally, JP Morgan Asset Management business has AUM of $1.5 trillion. Of this, the Emea business has $309 billion, or €257 billion.

Uneven cross-border distribution rules to do with marketing and registrations are ‘bumps’ in the European landscape that can be a drag on any firm’s revenues. Cross-border frictions are officially recognised as a cause of why many firms have funds running at sub-optimal scale.

Regulatory costs are another obvious business friction for fund managers and O’Brien alludes to measures taken at JPMAM to confront business costs and increase operational efficiencies.

Technology remains a top priority, he says. Notably, JPMAM does not use either of the market-leading cross-asset portfolio management and trading systems (BlackRock’s Aladdin and Simcorp’s Dimension). Instead, it is building its own, called Spectrum.

Giving further insight into tech strategy, O’Brien says that 600 applications have been rationalised over recent years to 200; that a permanent talent pool of technology specialists is preferred to contractors; and that technologists sit close to investment desks in a project called Agile to create closer-fitting solutions.

He adds that the industry will have to do a lot more fund rationalisation and that in 2013, JPMAM cut about 15% to 20% of its European range.

“There are over 30,000 funds in Europe. It’s too many. Having too many funds means by definition they are too small,” he says. Funds in Europe are seven times smaller than the US average, where the average mutual fund size is over $1 billion, he adds.

“With too many funds, by definition the median performance is going to look poor – it damages the active management brand and the active industry hasn’t done a good job of defending itself.

“Regulators need to make it easier for us to [rationalise funds], consistent with our fiduciary duty. The reality is it’s hard to shut down funds in Europe.”

A realist
‘Too many funds’ could also describe the ETF market. Despite their absolute growth, AUM in many ETFs is spread thinly due to a proliferation of products in the early stages of ETF development.

Smart beta is a newer phenomenon, though, and one that O’Brien expects to run and run.

“I’m a quant. I grew up at BGI and am a realist around expectations to do with what can be delivered by smart beta, rather than the hype.

“But I do think that in ten years’ time every portfolio as part of its analysis and construction will have factor investing within it.”