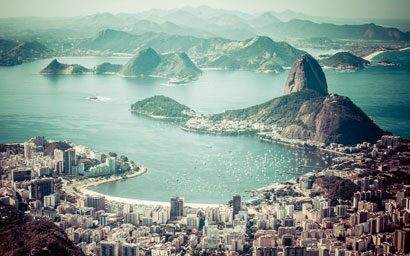 Its stock market rocketed last year, but Brazil is dogged by problems and should be viewed with caution, says Neville Shaw of Mirabaud Asset Management.

Last year was, for many reasons, good and bad, one for the history books. Brazil plunged into its deepest recession in decades, with the economy (the world’s ninth-largest) shrinking by more than 7% between 2015 and the fourth quarter of 2016.

At the same time, the now infamous Lava Jato or ‘Operation Car Wash’ scandal broke and quickly snowballed from a basic money-laundering case into arguably one of the largest corruption scandals in history, ensnaring dozens of corporate and political leaders and leading to a seismic shift in the Brazilian political landscape.

It engulfed former President Dilma Rousseff, who was impeached for falsifying budget accounts, and saw her successor, Michel Temer, face his own corruption allegations within weeks of assuming the presidency, sending his approval ratings into the single digits.

Amidst the corruption allegations, Temer’s government sought to push through aggressive reforms that were imperative to rebalance the country’s deteriorating public finances, but would have a major effect on pensions and social spending.

And yet, despite the seismic political changes and deep recession, the Brazilian stock market produced an incredible performance last year, ending up over 60% in US dollar terms.

The local index, the Bovespa, rose by 40% and the Brazilian real strengthened by around 20% against the US dollar.

Brazil also benefited from a record $80 billion1 (€67 billion) in foreign direct investment last year, providing a tailwind to the currency.

‘Positive change’
Many investors therefore took the view that the recession was easing, the political upheaval would bring about positive change, both politically and economically, and that Temer’s reform agenda, albeit challenging, would ultimately succeed and put the country on an even fiscal path and restore growth.

So, where do we stand today?

GDP growth remains in negative territory but it is clear that the pace of decline is slowing. GDP in the first quarter contracted by 0.4%, and although still negative, the economic growth rates have shown consecutive quarterly improvement since the lows of -5.8% in the fourth quarter of 2015. Inflation has also been coming down rapidly, dropping from 11% at the beginning of last year to just 3% now.

As inflation has dropped, the new central bank governor has been aggressively cutting rates, from 14.25% in October to 9.25% today. This should alleviate some of the pressure on the embattled consumers and corporates. That said, unemployment remains high at 13%, investment is down and confidence low. It is likely that the economy will emerge from recession this year, but many economists (and even the government itself) expect growth to be very modest, probably below 1%.

Aside from the economic improvement, politics remains the key concern. The reform agenda is progressing but still faces many obstacles. The anti-corruption drive is putting people behind bars; but even former president Lula – Luiz Inácio Lula da Silva, who served from 2003-11 and is appealing a ten-year sentence for corruption – is planning to run in the 2018 elections.

In April, congress approved a bill to provide debt relief in exchange for austerity measures being pushed through in three large, near-bankrupt states, including Rio de Janeiro. In many parts of the country, public salaries have not been paid, social programmes and benefits are being cut and taxes raised.

Meanwhile, new high-profile government officials, business leaders or corporations are being implicated almost weekly in the ever-widening scope of the corruption investigations. Tax collection data for the second quarter also shows a material drop, clearly concerning for Brazil’s fiscal situation but also potentially signaling that corporate profits may be under pressure once again.

Indeed, the feedback from our recent trip was largely cautious. The majority of the companies we met commented that, although expectations were robust, within their operations, revenues remained under pressure and the near-term outlook was challenged, with tangible improvement not expected until 2018.

Those companies that are performing well are either fairly insulated from the economic cycle, gaining share in a challenged market, or have the balance sheet strength to ride out the volatility.

From an investment perspective, in our view, it is therefore difficult to get too excited about Brazil currently. The economic rebound will be slow and the politics will remain extremely volatile and is impossible to call. The strong run in equity markets priced in much of the good news in our view, and with the Bovespa trading marginally above its historical mean, we don’t consider the risk/reward particularly attractive.

That the Brazilian market has lagged broader emerging markets by so much year-to-date (12% versus 26%) suggests that many investors are losing faith in the pace of the recovery and the politics.

But…
Despite our cautious view, we did meet some great companies that should continue to do well within this tough environment. We expect the headwinds to persist and think investors should remain cautious on Brazil, and we see more value and opportunity in many of the other 24 emerging markets.