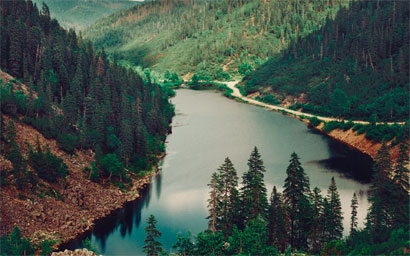 There is a potential 35% upside for Russian equities in the next 12 months, argues Tim McCarthy of VTB Capital Investment Management.

In 2016, Russia’s equity markets rallied almost 60% and the local bond market returned 20.8% in US dollar terms, while the economy emerged from a seven-quarter slack. Russia was the proverbial ‘high beta play’ on global growth and commodities.

It was a year of turning points for the global economy. Rates, currencies and commodities bottomed out and began to recover, with oil prices rallying over 100% from the January low to the December high. It was also a turning point for the six-year-long underperformance of emerging markets versus developed markets.

The low-growth/low-inflation/low-volatility environment in developed markets had allowed the major central banks not to take active monetary policy measures, and rate hikes have been pushed back into 2018. This lower-for-longer paradigm should be constructive for global carry traders, emerging markets and commodity-producing countries like Russia.

The low-rate environment should reflate hard asset values globally. Dovish commentary from the Federal Reserve compared with the European Central Bank’s comments has caused lower US dollar rates. The DXY trade-weighted US dollar index has dropped more than 8% so far this year, while the euro has rallied 11.5%, which should support Russian exports to the EU.

Oil reduces inflation
Oil prices have lately recovered to $52 (€44) a barrel, after recent meetings in the United Arab Emirates reaffirmed commitments of the earlier production cut agreements. If markets start to see better compliance, prices should be well supported in the second half of 2017. It is well known that higher oil prices strengthen the ruble; given that many consumer goods are imported, a stronger ruble helps to reduce inflation.

Inflation in Russia has continued its long decline from the peak levels in the first quarter (Q1) of 2015 to just 3.9% in July 2017, already below the central bank’s 4% year-end target. The central bank’s prudent positioning over the last two-and-a-half years has instilled disinflationary expectations and stability in the ruble. After the 100 basis points of cuts in the key interest rate to 9% so far this year, real rates continue to remain at quite high levels and ruble volatility has fallen compared to 2015.

This low volatility combined with a high real rate has attracted capital flows from global carry traders. The ‘Fiscal Rule’, which is designed to reduce ruble volatility and build the central bank’s FX reserves back up to $500 billion in the next few years, authorises FX purchases while oil prices are above $40 a barrel and FX sales when oil is below. It is worth noting that FX reserves have grown to $420.1 billion from $376 billion so far this year.

Further confirmation of the recovery can be seen in nominal and real wage growth of 7.4% and 2.9% year on year in June, respectively. This has led to a stabilisation in consumption with real retail sales up 1.2% on 2016 in June, from a low of -14.1% in December 2015.

Realistic consensus
The consensus forecast for Q2 2017 GDP is 1.7%. Considering the fundamentals, we believe it is realistic, and the Economy Ministry’s GDP forecast for 2017 of 2% is becoming quite likely. We think that fixed capital formation and lower rates will become a key factor increasing the potential output of the Russian economy.

As mortgage rates decline to 8% this year from over 15% in 2016, we expect a surge in home-buying due to the pent-up demand and low real estate prices, comparable with 2004 levels. With mortgages at just 5.1% of GDP, there is plenty of room for increased leverage and lower rates will increase loan volumes. This will spill over into other sectors, particularly consumer durables and banks. The financial sector is likely to see earnings growth in excess of 15% and the oil and gas sector may have earnings growth over 25%.

Russia also has a scarcity of bond supply and global investors can’t get enough. This has led to lower bond yields and a lower cost of capital for Russian issuers. The central bank is expected to cut rates by another 100 bps to around 8% by year-end and is likely to continue cutting until it reaches a real rate of about 1% in the longer term, providing strong support for domestic sector growth.

Our valuation models show 25% to 35% upside to target prices over the next 12 months in Russian equities. The obvious question is, how much longer can investors continue to discount Russian equities by more than 50% to emerging markets peers? In our view, not much longer.