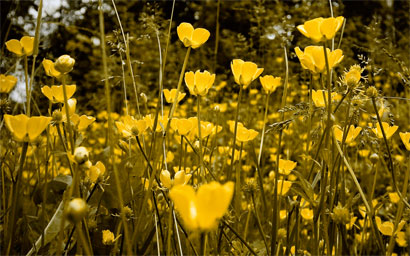 Asset management’s complex fees have come under fire for years. Will anything be done to simplify them, and is it a good idea anyway? By Catherine Lafferty.

Pity the person who enters the garden of funds as they contemplate the autumn of their life.

At first glance, the garden appears neatly tended – but it soon runs wild with annual management charges (AMCs) presented in percentage terms, performance fees that punctuate the landscape and custody, administration, legal and transaction costs that present like weeds at the edges.

For some years, the industry and regulators have tried to prune it – yet the garden is still unkempt.

“In any industry, consumers know what something will cost them. In fund management, it is much more opaque,” he says. “ Costs are not always shown. There is a headline figure but no overall cost. There has not been an awful lot of progress.”

Although this may be changing, there is a long way to go, Hodgson says.

Hugues Gillibert, chief executive of Fitz Partners, is more sanguine, saying the unbundling of distribution fees, the extraction of securities research costs, the future disclosure of transaction fees and the move towards stating ongoing charges instead of management fees all represent progress.

Gillibert thinks there has been headway on one front in particular: making cost disclosure more complete if not more transparent.

Across Europe, the Packaged Retail and Insurance-based Investment Products (Priips) directive and the revised Markets in Financial Instruments Directive (MiFID II) are instrumental in this. Gillibert thinks there is now more awareness about fund costs.

However, markets are very different in their approach to costs and in their sensitivity towards them. “The UK and the Netherlands are two of the main markets that really have a focus on costs,” Gillibert says, noting that both have banned rebates or distribution fees.

The UK situation is unique. As well as being among a peer group of European regulators aligned on the principle of cost transparency, the Financial Conduct Authority (FCA) has a competition policy that adds another dimension to the long-running debate.

All-in fees
The FCA’s Asset Management Market Study, which came out this June, found weak price competition in a number of areas of the asset management industry and persistently high levels of profit made by fund managers.

The regulator described investors’ awareness and focus on charges as “mixed and often poor”, noting that a significant number of retail investors are not aware they are paying charges for their asset management services.

It found no obvious relationship between charges and the performance of retail active funds in the UK, estimating about £109 billion (€118.4 billion) was invested in funds that claimed to be active, when in reality they closely mirrored the market but were sold at a significantly higher price than passive index funds.

The study also found that firms do not disclose some charges, particularly transaction costs. The FCA proposed a range of remedies, including stronger duties for asset managers to act in the best interests of investors and to introduce an all-in fee for retail funds.

Opinion is divided on the wisdom of such a move. All-in fees certainly have attractions because in one fell swoop, they would strip aside the tangle of visible and hidden fees that have bedevilled asset management and at least give estimates for trading costs during the year.

Yet Johan Cras, managing director at Kempen Capital Management, says having a fee that rolls all costs into one may conflict with the aim of transparency. “It masks the breakdown of costs that we are trying to convey and makes it far more difficult to gain true insight into where providers are proving either competitive or non-competitive,” he adds. “If a single all-in fee were to work effectively, it would involve all market participants working together with the same definitions and assumptions. Unfortunately, we believe there is still a long way to go before we reach that point.”

Gillibert agrees, adding that Fitz Partners’ research has shown a single all-in fee would usually have a margin on top of the actual running cost, so that firms could keep the all-in fee equal from one year to the next.

Critics make the case for an all-in fee appear to be less strong than imagined and there is another unintended consequence that could flow from the introduction of these fees, says Cras. While the principle behind delivering a greater level of cost transparency is a positive one, the potential disadvantage lies in how it is implemented.

“If costs are not disclosed in the right way, then investors may end up seeing a league table of funds based purely on cost charges,” he says. This could lead to an unhelpful “blame and shame” game that fails to consider that different asset classes have different costs, for reasons such as return objectives. For example, private equity has a higher investment management fee attached to it than a standard developed-government bond strategy, but private equity also offers higher expected returns.

Cost transparency was introduced in the Netherlands with the publication of league tables in 2012. The debate became one of blaming and shaming, Cras says, and public discourse on an important issue was conducted at the wrong pitch.

The conversation has since moved on to one of how costs can be compared on a like-for-like basis, which is what Cras thinks should happen elsewhere.

Hidden hand
So, when it comes to cost transparency, what will lead to actual action? Inevitably, some commentators see the hidden hand of the market as the main driver of progress, while others stress a more interventionist approach.

Gillibert belongs in the former camp. He feels that if investors were requesting more fee disclosures, asset managers would have to offer more detail. “I guess it also really depends on performance,” he says. “People start looking at the costs [of any product or service] when the return or value for money of the product they buy becomes low.”

Gilibert says distributors are key and that they are doing a “great job” in some markets, where they are requesting discounts. Although this is not transparency, strictly speaking, distributors could be the ones who are asking for more fee disclosures, if they believe it helps distribute the fund or adds value to investors’ outcomes.

Cras is an advocate of cross-industry co-operation. He argues that by unveiling findings on a fund-by-fund basis, the process of creating a universe of costs should provide a clearer picture for the industry.

It is also important, he says, that an industry body – such as the UK’s Pensions and Lifetime Savings Association (PLSA) or the Pensions Regulator – leads the effort on transparency and brings together different parts of the funds community. This body should take on the task, proposed by the FCA in its recent review of the asset management industry, of being the independent convener of the cost disclosure taskforce.

“In order to move the topic of cost transparency on to tangible actions, it is crucial that we all work together as an industry,” Cras says. “That means collectively involving asset owners, asset managers, investors, trustees, the regulator and other industry organisations to produce an industry template that better compares costs and charges on a like-for-like basis.”