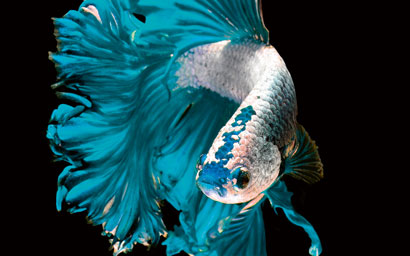 Retail money is flowing back into emerging markets, China’s debt may just be welfare by another name and Trump is a concern, writes Fiona Rintoul.

In China, you can buy sweet potatoes from a small local market with your mobile phone. For Taimur Hyat, chief strategy officer at PGIM, this is emblematic of the growth story in emerging markets. “The internet and fintech are far more ubiquitous in EM [emerging markets],” he says. “They have leapfrogged developed markets.”

The growth engine purrs most loudly within the emerging markets universe. Countries with strong domestic demand or strong trade links with other emerging markets trump those exporting to the US, says Phil Langham, senior portfolio manager at RBC Global Asset Management. Income growth is driving consumption, while urbanisation and population growth spur infrastructure spending. This means “some of the trends we see in developed market are also important in EM”, says Langham. He cites digitalisation, automation, and health and wellness. Hyat adds tourism.

As the middle classes that use these services expand in countries such as China, India, Indonesia and Mexico, a virtuous circle is created that both bolsters domestic demand and boosts intra-emerging market trade.

“EM to EM cross-border trade represented only 25% or less of the opportunity a while back,” says Hyat. “Now it’s more like 40%.”

The tendrils of these trends are also reaching further than ever, for example into sub-Saharan Africa, where mobile banking is transforming people’s lives and providing early-stage investment opportunities.

The lynchpin on this growth wheel is China. Even an investor such as Maarten-Jan Bakkum, senior emerging market strategist at NN Investment Partners – who doesn’t share the excitement about China’s internet companies and prefers other Asian emerging markets – acknowledges the pivotal role the world’s second-largest economy plays in the emerging market story. “There’s more appetite for emerging markets because of better data from China,” he says.

Bakkum prefers India and Indonesia “because they are more endogenous growth stories, not so much linked to China and global growth”. He is not alone. Morningstar’s European flow figures for equities show net outflows from Greater China funds of €1.8 billion year to date, with net inflows of €1 billion to India funds and €2.8 billion to Asia ex-Japan funds.

The better data coming out of China is partly due to the reform-friendly environment created by global growth.

“When the global economy is growing strongly, it gives China a lot of policy flexibility to reform,” says Norman Villamin, CIO at UBP. “The time to worry about China is when the economy is not doing so well and it needs to reform.”

It’s part of an overall picture that Shoqat Bunglawala, a regional head of global portfolio solutions at Goldman Sachs Asset Management, believes heralds a period of sustained growth. He expects the return potential of emerging markets to be unleashed by a cyclical rebound in the pace of growth, which he believes has yet to reach its full potential.

“Substantial progress has also been made on the imbalances in emerging markets that exacerbated the downturn – which had been particularly evident in the ‘Fragile Five’ economies of Turkey, Brazil, South Africa, India and Indonesia,” he says. In this environment, emerging market equity funds have attracted net inflows of $50.5 billion year to date, neutralising one-third of the $150 billion net outflows seen in 2013-15.

“Over the last 12 months, emerging markets were up 25% – but earnings were also up 25%. People were right to be overweight developed markets in the last few years, but now it’s going in the other direction.”

Wrong end of the stick
One factor that is less important than it used to be – except in a market such as Russia – is rising commodity prices.

“People get the wrong end of the stick on the relationship between EM and commodities,” says Mayo. “The biggest EMs today – China, Korea, Taiwan, India – are all commodity importers.”

On the equity side, almost everyone agrees that it’s a stock-picker’s market, but within that, certain markets do stand out. One is Vietnam. “I’ve been very impressed by the level of activity and industriousness,” says Robert Horrocks, CIO at Matthews Asia. “Hanoi reminds me of Guangzhou in the 1980s.”

On the bond markets, Tim Ash, senior emerging market sovereign strategist at BlueBay Asset Management, sees opportunities in Egypt, Tunisia and some Gulf states where it pays to take political risk, as well as in Croatia and Serbia.

Getting paid is certainly attractive in the current fixed-income environment. “We all need yield, and there’s not that much available in the developed world,” says Arnab Das, head of emerging market macro research at Invesco.

Not only has the kerching gone out of developed markets, but with Trump in the White House and a friable EU, they’re starting to look as risky – if not riskier – than emerging markets. “I’ve spent more time in Washington this year than in the rest of my career, not to speak to the IMF about EM, but to find out what’s happening in the US,” says Ash.

In this environment, this first ever Iraq bond this year proved popular. “With low rates in the developed market space and thin liquidity in secondary markets, a scarce EM high-yield issuer like Iraq with 6.7 % yield is very well taken,” says Sergey Dergachev, senior portfolio manager at Union Investment.

Corporate emerging market debt also provides an increasingly viable way to access yield with remunerated risk. Defaults peaked in the middle of last year, says Kevin Dockrell, a corporate debt portfolio manager also at BlueBay AM, falling to 2% this year from 50% last year. The universe has expanded by 300% in the past decade and now represents more than 16% of global corporate debt. This reflects rising investor appetite, deepening capital markets and a high-quality source of yield, says Bunglawala.

The relatively new asset class of local currency corporate debt is one to watch. “What is positive about EM local currency debt is the general trend of falling inflation among EMs, and the majority of EM central banks are mostly in holding or slightly easing bias mood regarding their interest rate setting mechanism this year,” says Dergachev.

Clouds in the sky
There are risks. A lot of the success so far has been due to the performance of local foreign exchanges: this is mostly attributed to the weak US dollar rather than strong EM currencies, cautions Dergachev. Nonetheless, investors certainly are interested in this asset class.

“About three-quarters of my time is spent looking at this asset class and doing client meetings,” says Dockrell.

The stage seems set for continued inflows to EM funds. Bakkum believes flows will be stronger to equity funds than fixed income funds because the growth story is more supportive of equities, but there are opportunities across the investment universe.

“Equities, fixed income, real estate, infrastructure: we are looking across all these avenues,” Hyat says.

Many of the scenarios that could upset the apple cart lie in the political sphere.

“Political risk is always there but it is perhaps more elevated than usual,” says Langham. “Policy from the West and from the White House in particular is more unpredictable and insular than it has tended to be historically.”

As the Trump presidency unfolds, some contemplate the Congressional elections in the autumn of next year with a certain dread. A president who has not been able to push his programme through at home may turn his attention overseas.

“He hasn’t accomplished much in terms of the agenda,” says Villamin. “What remains is trade and immigration.”

A possible stumbling block is China. Not everyone is convinced its problems have gone away. Bakkum says: “Economic growth in China is very much credit-driven. They got addicted to credit.”

Horrocks sees the situation in China differently. Most of the debt that people are concerned about is corporate, he says, and much of that is a welfare state by another name. “People write about debt-fuelled economic growth, but that’s not the right way of looking at it. It’s largely state-owned companies in defunct sectors such as coal mining borrowing money to pay the workers. It’s a kind of unemployment benefit.”

The government prefers to pay the workers rather than pay them off and create unrest. “It’s not something that will be got rid of quickly,” Horrocks adds.

Time will tell. Bakkum also highlights problems with household debt. “In a few years, we’ll talking about the Chinese housing crisis,” he says.

For now, though, things look pretty rosy for emerging market funds and it doesn’t take much of a shift to create a surge: 5% outflows from developed markets could translate into 60%-70% inflows to emerging markets.

“The asset class is being snapped up,” says Das.”Institutional money was pretty sticky, but the retail money that flooded out is flooding back in.”