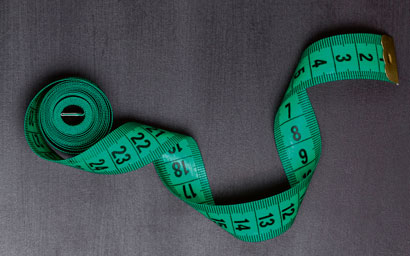 Should fund performance be measured against smart beta indices? Mark Latham asks a range of experts.

The number of asset managers that beat benchmarks last year is reduced when smart beta benchmarks are used as comparisons. A study by Lyxor Asset Management published earlier this year found that 28% of active funds in Europe beat traditional benchmarks in 2016 (down from 47% in 2015) – but that this figure became just 13% when smart beta indices were used.

So, could it be that active funds might one day be benchmarked against smart beta or factor indices, and what effect would that have on the funds industry and investors?

The Lyxor research analysed the performance of 3,871 active funds in Europe with €1.3 trillion in assets under management. Active managers that succeeded in outperforming their benchmarks were generally overweight on the ‘value’ factor (low valuation) at the expense of low-beta, quality and momentum factors that had supported performance in 2015.

Lyxor head of ETF research Marlène Hassine Konqui said that markets were devoid of meaningful trends in 2016 and were dominated by “frequent stylistic rotation from one factor to another”.

Hassine believes that evaluating active managers is an important use of smart beta and expects to see more active funds benchmarked against smart beta in the near future.

“Whereas once investors had to turn to active managers, smart beta gives us a low-cost, rules-based yardstick to measure active funds against,” she says.

There is now, she notes, some “push and pull” towards active funds using “appropriate benchmarks” – a move partially driven by regulatory pressures.

In its report on the fund management industry, published in June, the UK’s financial regulator, the Financial Conduct Authority, said benchmarks must be clear and fit for purpose.

Worthy or not
But Hassine believes that the pull towards using alternative benchmarks is mostly coming from investors, who need to know which fund to choose and if a manager is worthy of the fee.

“Smart beta benchmarks consist of stocks following a single objective, which means they are the best yardstick to evaluate a fund with the same objective,” she says. “Highlighting the true performance of active managers will help investors build better portfolios blending traditional passive, smart beta and active managers.”

Phil Edwards, director of strategic research at investment consultant Mercer, thinks using factor indices can be useful in assessing a manager’s performance – but he is sceptical about them eventually replacing traditional cap-weighted indices.

“Factor indices can be a useful tool, but not as a wholesale replacement for the traditional benchmark,” he says. “It has always been useful for investors to compare their own strategies with similar styles and using factor indices is a natural extension of that.

“But whether smart beta or factor indices would ever replace market cap indices is unlikely and would not, in any case, be that helpful as there are so many indices out there. Who would make that decision anyway? The investor or the manager? I can’t see investors or managers running a strategy against 15 different indices.”

Too much focus on benchmarks at the manager level encourages benchmark-hugging, he says. “At the investor level, an excessive focus on short-term benchmark performance has led to value destruction, such as the hiring and firing of managers.”

“If investors have an excessive focus on a single benchmark and a focus on short-term results, this can lead to unhelpful pressure on asset managers to follow that benchmark,” he says.

Nevertheless, Miles believes that, while smart beta has its pros and cons, “overall it has been a strong source of innovation, with new strategies now available to meet the needs of savers, often at very low cost”.

The fact that “there is no perfect market cap-weighted benchmarks”, he says, makes it sensible to consider other benchmarks “as it helps us better understand whether performance has been good in the context of how supportive the environment has been”.

He adds: “What we did not have in the past was a flourishing choice of inexpensive factor-based indices to consider as an alternative to traditional active management, but that area has taken off.”

No ideal yardstick
Being able to compare traditional actively managed products with smart beta or factor-based investing increases active managers’ transparency, he says. “This allows customers who are buying services to better understand the value that they are getting from those services and is a natural development for the industry. Used sensibly and carefully, it is a good thing as it increases transparency and is just good practice.

“Factor indices won’t fully replace traditional indices and I am not sure that they should do, as ultimately there is no perfect single yardstick to compare performance against.”

Chris Woida, head of index solutions at New York risk-management software firm Axioma, also thinks a move away from cap-weighted to smart beta indices is unlikely. However, he considers it likely that active funds will increasingly be “benchmarked” against smart beta or factor indices. “I think this future benchmarking process will require an enhanced approach relative to a more traditional benchmark comparison and the proliferation of this technique will depend on technology,” he says.

This future process, which Woida refers to as “benchmarking 2.0”, would incorporate holdings-based risk analysis and factor-based performance attribution in which the best active managers would deliver returns or ‘alpha’ above and beyond their factor exposure. “Unlike traditional market cap-weighted benchmark construction, smart beta index construction returns can vary substantially from provider to provider,” he says.

“Although factor-based attribution is not new to active manager evaluation, it’s still a technique employed by sophisticated investors.

Woida adds that if benchmarking 2.0 were to become mainstream, third-party providers would need to develop robust, affordable and accessible risk-factor technology to consistently evaluate active managers.

Nick Wyld, head of investment manager research at investment consultancy Stamford Associates, points out that smart beta or factor indices are just another group of style indices that many active funds are already benchmarked against, such as small-cap, value and growth factors.

“This can be problematic when the chosen factor index does not properly mirror the active manager’s investible universe or when its composition – such as exposure to illiquid components – means that the active manager may already be at a relative disadvantage,” he says. He adds, however, that if an active manager’s style is clearly prescribed, and there is an appropriate factor index benchmark, then assessing returns relative to it and a broad market-cap index can provide useful information.

Index provider MSCI started compiling factor indices ten years ago and has seen a big pick-up in demand over the past three years, says Deborah Yang, its managing director and regional head of index. An MSCI research paper into investing in US equities found that 55% of a portfolio’s performance over the study’s 13-year period could be attributed to common factors (such as country, industry, style and currency), while 45% was down to stock selection.

Yang says there is now strong evidence that active funds use such factors and it makes sense to compare the performance of active portfolios not only to benchmarks, but factor indices.

“We don’t think factor indices will wholly replace traditional benchmarks or active managers,” she says. “Increasingly, we are seeing certain investors who might want exposure to one factor or to a combination of factors.”

ESG elements
Yang says the blending of factor indices with market-cap weighted indices is attractive to asset owners who want to gain exposure to specific factors. She points to increased interest, particularly in Europe, in using environmental, social and governance (ESG) factors as a benchmark as well as factor indices combined with ESG products.

Tim Edwards, senior director of index investment strategy at S&P Dow Jones Indices, says benchmarks are useful as they help investors to understand the sources of returns from active strategies, as well as the skill – or sometimes luck – involved. “Better benchmarking helps both investors and managers to ensure skill is recognised, and to understand where and how performance is being generated,” he says.

“Naturally, the performance of active managers is increasingly compared to the alternatives that can be accessed at low cost. This is an entirely positive trend as a value manager should be rightly acclaimed if they outperform a value benchmark, even if they underperformed the market.”