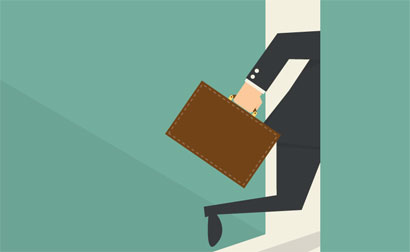 UK asset managers took to the Ucits passport like ducks to water, but now Britain has voted to leave the European Union, they could find themselves deported from the continent. Kit Klarenberg investigates.

Once, it was the de rigueur domicile for overseas asset managers who wished to market funds on the continent, but in recent decades the United Kingdom has rapidly lost ground to Ireland and Luxembourg.

According to the UK’s Investment Association (IA), in the year 2000 UK funds were home to well over a third of the total assets held in EU-domiciled funds; by March this year, this had declined to a meagre 13.5%.

A fairly precipitous fall, that figure could represent the UK’s last gasp as a major fund domicile. With Britain set to withdraw from the European Union following the June 23 referendum, a loss of Ucits passporting rights could well be on the cards – if that does come to pass, then in theory neither UK asset managers nor foreign ones with UK funds will be able to distribute their funds to European investors from the UK. By definition, that would push the UK’s share of the European cross-border funds market to zero.

It’s uncertain whether UK investment management firms are overly perturbed by the possibility of overseas operators departing British shores en masse, but the prospect of being cut off from European investors has undoubtedly provoked alarm across the sector; IA figures indicate European investors currently account for over a fifth of the £5.5 trillion (€6.5 trillion) of assets held in UK funds. Firms and industry bodies will be considering how best to proceed, and avoid being frozen out from Europe entirely.

PASSPORT TO PARADISE
Re-domiciliation – rehoming UK funds on the continent – seems like an obvious remedy, but managers considering settling elsewhere would do well to look before they leap. For one, it may be unnecessary. Gerry Warwick, head of UK and Ireland operations at fund administrator Heritage, says re-domiciling funds carries a hefty price tag, and can be a protracted, onerous process (see box, page 16).

Underlining this, another fund administration professional, who wished to remain anonymous, said their firm had received a number of speculative enquiries from clients curious about re-domiciliation in the wake of the referendum, who were all promptly put off the idea when the realities were made clear.

Warwick has received no such queries as yet, but says if a client did approach his firm wishing to re-domicile a fund, he would urge “caution, a steady hand and a clear head”.

“To do anything definitive now would be kneejerk. It’s going to be years before the UK is fully exited from the EU, and the shape of its fund industry becomes clear,” he says.

On the other hand, one of Heritage’s US clients, which had previously wished to launch a fund via the UK, has been sizing up potential alternative locations since June 23. Their attitude, Warwick says, was: “If we’re going to market the fund in Europe, why not via Luxembourg?”

A number of major fund administrators based in Ireland approached for comment declined to speak, even off the record, about whether they’d received enquiries about re-domiciliation. Nonetheless, IDA Ireland, the Irish state agency in charge of attracting foreign investment, has already positioned the country as a replacement domicile.

Martin Shanahan, chief executive, announced publicly within hours of the referendum outcome that the country was willing and able to pick up any slack created by Brexit, and even touted Dublin as Europe’s possible new financial centre.

Such angling may be premature. It’s far too early to speak with any degree of certainty about the UK’s relationship with the EU post-Brexit; it took Greenland three years to negotiate its withdrawal from the EU, and their talks primarily centred on fishing rights. What’s more, the experiences of asset managers in Norway and Switzerland – members of the European Economic Area (EEA) and European Free Trade Agreement (EFTA), respectively – suggest Brexit may not terminally compromise the UK’s fund exporting ability after all.

Brian Clavin, head of investment management at KPMG Ireland, explains that an EEA arrangement would mean Britain retains EU legislation, including passporting and access rights, but loses any influence over it moving forward. Norwegian funds can be marketed in Europe via Ucits, and vice versa.

On the other hand, he says, an EFTA agreement would preserve some access rights, but requires a separate legal framework. Moreover, the UK would be treated as a third country, and UK asset managers would be required to establish a continental branch, or subsidiary, to operate – and while the Ucits framework does operate in Switzerland, it’s a one-way street. As Mirabaud Asset Management chief executive Lionel Aeschlimann previously told Funds Europe (see ‘We got there first’, July/August 2016), “it’s very easy to distribute Ucits in Switzerland – as easy as in the 28 EU member countries – but Swiss funds cannot be distributed in the EU. There is no reciprocity in this respect.”

Swiss managers circumvent this issue by creating an ‘envelope’ in other EU countries; a Potemkin village fund, managed at home in Switzerland, or in the host country by delegation, which can be distributed throughout the EU. Nevertheless, the firm in question must have a physical presence on the continent – even if it’s just a sales team.

MESSY DIVORCE
Of course, the UK being able to neatly slot into either the EEA or EFTA upon its departure from the EU isn’t assured. While the UK already has an AIFMD-compliant regime in place, meaning it’s theoretically straightforward to re-extend the passport to the UK in any event, numerous prominent European politicians have suggested the UK could be (or, perhaps, should be) penalised for leaving in order to deter other member states from following suit. 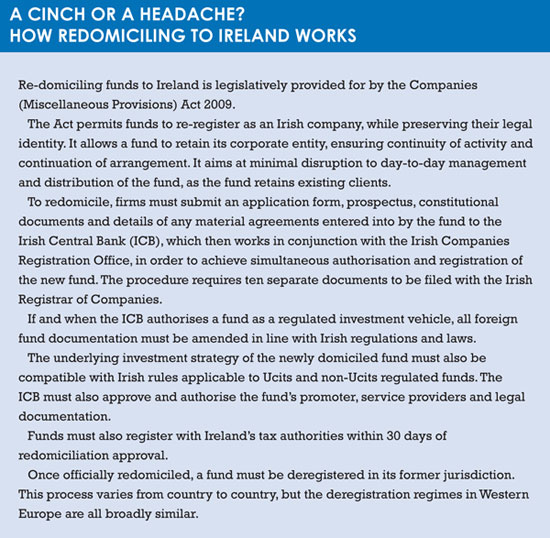 At its mildest, this could mean the UK is prevented from choosing which EU laws and regulations it wishes to keep; at its most savage, this may mean actively making it difficult for UK firms to do business on the continent. Either way, the UK retaining its passporting rights is far from certain. In the lead up to the referendum, Lars Vesterbirk, the man who led Greenland’s withdrawal negotiations, publicly urged the UK to vote ‘remain’ on this basis. His argument was that the EU was created for the benefit of member states, and countries don’t get anything from the EU without giving something in return.

It’s not necessarily all doom and gloom, however. Warwick notes UK fund managers may not even need a passport or an overseas presence to do business, and could choose to market funds in the EU via national private placement regimes.

“It’s important to bear in mind that the financial services sector will ultimately take care of itself,” he says. “How it will do so isn’t clear yet, and there may be short-term casualties, but the City isn’t going to allow Brexit to damage one of its most lucrative and successful areas in the long run.”

Still, some asset managers aren’t waiting around for greater clarity to assert itself. M&G Investments, the fund management arm of insurer Prudential, has already announced it intends to build a funds range in Dublin in order to market to EU investors.

This might seem a rash move, but the firm’s haste is entirely understandable. Asset managers would surely rather regret making a potentially needless outlay now, than being turfed out of and having to re-enter an inhospitable Europe later. While such a scenario is by no means certain, no alternative is either.

Given European assets held in UK funds are greater than the size of Germany’s asset management market, being cut off from continental investors could be potentially lethal for some firms. At the very least, UK managers should reassure their European clients that they value their custom.