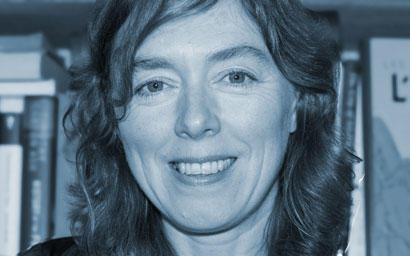 In the departure lounge at Geneva airport this week, I was struck by just how facile the advertisements for Swiss watches have become. “You never own a Philippe Patek; you just look after it for the next generation,” read one. Pass the sickbag.

Munching on some milk chocolate lozenges purchased with my leftover Swiss francs, I wondered why it should be so. I’m a cheap and cheerful timepiece person myself, but I assumed Philippe Patek watches must have some concrete benefits. Why didn’t the marketing folks talk about those instead of resorting to nauseating little pastiches of family life circa 1850?

Then I realised two things: first, these days Swiss watches don’t have any concrete benefits. Their traditional selling point of superior accuracy doesn’t matter any more. We bristle with electronic devices telling the time accurately and you can get a Swatch that is just as accurate as a Philippe Patek.

Second, we’ve become so used to nonsense-speak, we think it’s normal. In AL Kennedy’s latest novel, Serious Sweet, Jon, a civil servant at Westminster, is brought to the brink of despair by a government document that says, “The Strategy is Delivery”.

Zero content is what so much business writing delivers – or delivers an intention to deliver, from a strategic point of view.

‘Words like phenomenon, element, individual (as noun), objective, categorical, effective, virtual, basic, primary, promote, constitute, exhibit, exploit, utilize, eliminate, liquidate, are used to dress up a simple statement and give an air of scientific impartiality to biased judgements,” he wrote.

He correctly identified the dangers of such language, particularly in politics. It was, he said, “designed to make lies sound truthful and murder respectable, and to give an appearance of solidity to pure wind”.

In business writing, the objective – often unconscious – is usually the last of these: to give an appearance of solidity to pure wind.

If things were bad in the 1940s, they have only got worse. In the plane home from Geneva, I was editing an academic paper. The subject was an interesting one: whether it is ethical to use electronic tags to keep tabs on elderly people with dementia. The author, however, had crushed it into nonsense – perhaps because she doesn’t care for elderly people herself (a solid endeavour) but researches their care (on the basis of her paper, pure wind):

“The maintenance of integrity and personhood in adopting assistive technology for persons with Alzheimer’s disease is in line with the assurance of the critical ethical principles of respect etc.”

I have written before about the highly skilled individuals who populate the fund management industry and the unique, cutting-edge strategies they deploy. Also pure wind. As it happens, I had been in Geneva to teach a writing skills course to fund managers. It was a receptive group, but as always there was resistance to ditching jargon.

On the way home, I realised I was going about it the wrong way. The problems with fund, academic and government writing start not with the writing but the activity that is written about. First we need to do something useful – or honestly identify the use in what we do – then we can write about it without causing absurdity-related aneurysms.

Philillipe Patek makes expensive, nice-looking watches if you like that kind of thing. No wind there.