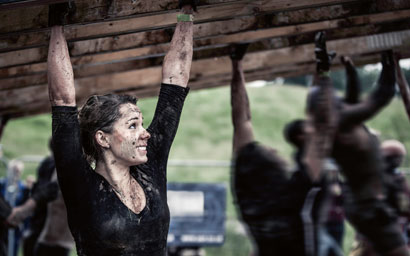 Next March, Ucits V will entrench a more transparent, if more severe, environment for securities lending. The landscape for funds to benefit from lending is still difficult, but getting clearer, finds Hugo Cox.

Since the European Securities and Markets Authority (Esma) guidelines of 2013 tightened securities lending rules for Ucits funds, many have fretted over the detail.

In particular, Esma wording that governs how collateral should be treated remains an issue.

Separately, agent lenders are agitating for more open-mindedness from funds when it comes to the type of collateral they accept in return for lending out a fund’s securities. They don’t see why funds will not accept exchange-traded funds (ETFs) and cash.

How these questions are resolved bears on the future affordability of securities lending – a source of additional income for funds, and a vital source of market liquidity.

SEVERE ENVIRONMENT
The Ucits lending rules to be implemented in March 2016, and the Esma guidelines of February 2013 that preceded them, have worried plenty of participants. The issue is less that they shine a light on who gains from the practice (an issue about how revenues are split has been dealt with); more that unintended consequences could follow from incautious wording.

Kevin McNulty, chief executive of the International Securities Lending Association (Isla) says there are concerns about a current restriction that bars Ucits funds from ‘term lending’, where borrowers are guaranteed use of the security for a defined term – typically one or three months – during which time the fund may not automatically recall it.

The demand for high-quality collateral by banks to meet their requirements for financial stability means that term trades have become much more popular. Term loans have increased by about $100 billion (€90 billion) since the start of 2014, according to DataLend; the current share of term loans in the total loan market is 19%, up 4% from the 2014 average. The fear is that barring Ucits from this market means funds can’t access a significant source of new revenue.

“We do see more demand for term lending; this is not possible for most of our pooled fund ranges due to the need for daily liquidity,” says Stefan Kaiser, the man in charge of BlackRock’s securities lending client strategy in Europe, the Middle East and Africa.

Collateral quality is another area where critics have fretted over the wording. Re-use (that is, lending) of custodised assets, notes Trevor Dolan of LK Shields, a Dublin-based law firm, “relates to a transaction covered by high-quality and liquid collateral received by the Ucits fund under a title transfer arrangement”.

What counts as high quality and liquid is not defined. But letting the fund’s board decide on the meaning is a good thing, says McNulty, because it should mean different things to different funds. An equity manager should be allowed to take equities as collateral, for example – it’s what they are familiar with, can value clearly and are able to sell in a crisis. To force on them the European Central Bank’s definition of high-quality collateral – basically, the safest government bonds – is obliging them to hold assets they know less about and might find harder to sell in a crisis.

STOPPED IN ITS TRACKS
Further problems arise in how Esma wants collateral to be held by agent lenders. Current guidelines suggest it should be segregated from custodians’ other assets all the way down to the central securities depositary (CSD), removing the option for it to be held in an omnibus account. This echoes the enforced segregation of alternative investment fund assets under the Alternative Investment Fund Managers Directive and the new Ucits rules seem intended to provide harmonisation between the two regimes.

Yet the requirement could stop tri-party lending in its tracks. Tri-party providers can offer the service cheaply because of the efficiencies they can bring to bear in moving collateral around their internal network. If every time it must be moved, a message must be sent to the CSDs, then many of these efficiencies would evaporate, notes McNulty.

“This may have a significant impact on these funds’ ability to employ tri-party collateral management services and participate effectively in securities lending,” says Steve Kiely, head of business development, securities finance in Europe, the Middle East and Africa at BNY Mellon. He fears for the impact on funding and liquidity that would follow.

COUNTERPARTIES
There have been some big steps forward in the launch of central clearing for securities lending, with fledgling offerings in Europe, the US and emerging economies.

On the face of it, securities lending wouldn’t seem to need central clearing. Custodians, as agent lenders, already cover the risk to a lending client of a counterparty collapsing before settlement. They screen potential borrowers for the most creditworthy; if they’re wrong about the stability of a borrower, then the margin is there as a safety net. If all else fails, they can indemnify the lender against the risk, ensuring that all securities will be returned when needed.

However, the benefit, at least in the US, may be more about reducing costs for intermediary broker-dealers than increasing protection for lenders. “Banks acting as principal borrowers have to set aside capital for the exposure they have to the lender,” says McNulty. They will face lower capital costs under a central counterparty (CCP) because they are exposed to a central utility rather than an individual private counterparty. But there will also be costs to users of the CCP. Agent lenders have less to gain but will have to jump on board if borrowers adopt CCPs in large numbers.

Regulatory and commercial constraints aren’t only disrupting securities lending; they have upended the wider fee structure for asset servicing, which could bode ill for lenders.

In the traditional custodian revenue model, a third of revenues came from custody fees, a third came from foreign exchange and cash net interest income (NII) and a third from stock lending. But in the low-interest environment now, foreign exchange and NII margins are fractions of what they were. Revenues for stock lending have also diminished for custodian agent lenders as clients demand higher fee splits and market volumes have dropped. Regulatory burdens have increased costs of indemnification by forcing the custodians to take significant capital charges for something they used to provide for free.

The provision of custody services increasingly resembles that of basic utilities with high capital costs and fierce competition for market share, which is making it increasingly difficult for global custodians to make money, observes Jessica Hynes, head of custody consulting at Mercer Sentinel.

“This is a concern: the few large banks in the custodian community are critical to the functioning of the economic system,” she says. “If it becomes so hard to be profitable, then they will have no choice but to substantially raise fees. We are already seeing minimum fees set at a barrier rate to discourage smaller clients and force them into pooled funds rather than investing in segregated assets.”

Securities lending is important to the flow of liquidity in markets. The process for funds becoming comfortable with participating in lending is progressing – but not as quickly as some might like.