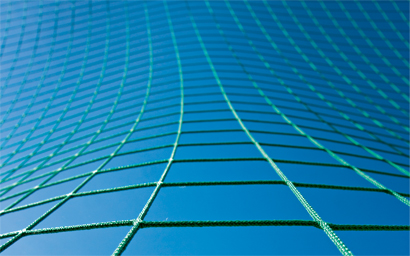 Industry bodies are adamant that securities lending by asset managers does not pose a systemic risk to the market. Lynn Strongin Dodds looks at their arguments.

The debate over asset managers’ potential systemic risk has been gaining traction, particularly as regulators on both sides of the Atlantic switched their focus to specific market-related activities, rather than on individual firms or funds.

Ostensibly, the debate has been welcomed, but many are bristling over the inclusion of securities lending as an in-scope business lines and they are making their voices heard loud and clear in responses to the consultation launched by the Financial Stability Board (FSB) and the International Organization of Securities Commissions (Iosco).

At the heart of the FSB and Iosco discussions is whether buy-side firms engaged in securities lending provide a so-called ‘critical-function’. The theory is that if a large asset management company were to run into trouble, regardless of the cause, its role as an alleged primary facilitator of securities lending transactions would be impaired with potentially systemic consequences.

The other major worry is whether the potential loss of client assets being intermediated through in-house securities lending programmes would cause certain big asset contenders to offer indemnification to investors. This could expose the management company to a wave of claims that might jeopardise its financial situation.

HOTSPOT MONITORING
“One of the issues during the financial crisis was the lack of transparency, but frameworks have been created to monitor hotspots,” says Andy Dyson, chief operating officer of the International Securities Lending Association (ISLA). “Asset managers have put in place all the tools, controls and technology to manage these risks and allow regulators to see the direction of travel and any signposts of problems.”

Also, unlike in the banking world, there is not a weighty body of academic evidence, or policy, to demonstrate how asset managers may contribute to systemic risk. Any discussion on the subject tends to be based on anecdotal examples – such as the often-cited Long-Term Capital Management collapse – rather than hard analysis.

BlackRock, the world’s largest fund manager, summed up the sentiment for many when saying that any rules on securities lending activities should focus specifically on the risks associated with various activities within securities lending, such as haircuts, cash reinvestment or borrower default indemnification. The heavyweight player also noted that “asset managers who act as securities lending agents are not interconnected with banks or broker-dealers. Their role is an agent to the asset owner.”

At the industry level, the European Fund and Asset Management Association (Efama) listed three main reasons for its stance against the proposed regulations.

He adds that the actual indemnification is “only eventual and would materialise only once the lending firms’ prior safeguards have proven insufficient”. These safeguards range from selective due diligence on the creditworthiness of the counterparty borrower, to ample collateralisation for borrowed securities, with the collateral being marked to market daily.

The safeguards also extend to applied haircuts on non-cash collateral, and also that the indemnification does not cover the full exposure of the loan, but just the shortfall between the value of the received collateral and the replacement cost of the instruments on loan.

“We deem balance sheet exposure for the asset management company to be minimal and prudently backed either by reserves of unencumbered cash and/or by standing multi-year credit facilities,” Cupelli says.

Secondly, Efama stresses that securities lending is a technique employed by many different types of institutional investors, including collective investment vehicles, insurance companies, pension funds, corporations, foundations, national central banks, and possibly others. “As such, it logically does not make asset managers unique and may thus not be construed as a potential systemic indicator only for the latter category,” Cupelli adds.

Thirdly, the association contends that securities lending undertaken on behalf of fund clients is for the most part administered directly by the fund’s custody bank under a selected securities lending programme, which may also be provided by third parties.

“Only a few large managers are able to establish their own securities lending business that they carry out for their clients on an agency basis,” says Cupelli. “For these reasons, the few sizeable asset management companies that intermediate securities loans on behalf of their clients, should not be singled out on the basis of this non-core activity, especially where such offer is concentrated in the hands of other institutions, i.e. global custodians, as also confirmed by data from ISLA.

Efama also highlights that global custodian banks play an important part, taking on most of the securities lending activities of an asset manager via a tri-party agreement. Figures from ISLA, as of mid-May 2015, show that these firms comprised roughly €6.8 trillion, or 48%, out of the total €14.3 trillion of securities on loan globally. By contrast the largest asset management players accounted for only 16%.

VIEW FROM AMERICA
Fund management groups on the other side of the Atlantic have expressed similar worries. Sarah Bessin, associate general counsel of the Investment Company Institute (ICI), offered several reasons why securities lending by US funds do not pose a threat to the markets. One reason is similar to Efama’s in that securities lending is a relatively minor strategy. “In fact, our review of the most recent financial statements for the 500 largest US-regulated funds, which hold about $9.62 trillion in total assets, shows that these funds collectively had just $95.1 billion in securities on loan – less than 1% of their total assets and about one-twentieth of the estimated $1.8 trillion of securities on loan worldwide,” she says.

“Those regulated funds that do engage in securities lending often lend a relatively small percentage of their portfolio, and their conservative investment of cash collateral should allay any concerns on the part of the council. This is in part due to a strong regulatory framework imposed by the Securities and Exchange Commission (SEC). These funds not only have limits on the amount that they can lend but there are also restrictions on the types of collateral they can accept from borrowers.”

More specifically, the ICI points out that SEC rules dictate that a US regulated fund must receive collateral equal to at least 100% of the value of the securities on loan. The reality, though, is funds generally require 102% collateral for domestic securities and 105% for international securities. As loaned securities must be available for recall at short notice, the collateral that funds can accept from borrowers must be highly liquid, such as cash, government securities, or bank letters of credit. However, cash is the preferred option, according to the ICI.

In addition, these funds are obliged to invest their cash collateral conservatively or in highly liquid instruments that produce reasonable interest for the loan but also give maximum liquidity to pay back the borrower if and when the loan is terminated. In practice, this typically has meant money market funds. The value of the securities on loan must also be marked to market every day, which means collateral levels are adjusted and cash flows between the fund and the borrower daily to ensure that the 102% or 105% levels are maintained. Therefore, if the value of the securities on loan increases, the borrower must provide additional collateral.

SOURCE OF STRESS
ICI also believes that concerns over asset managers providing indemnification against collateral shortfalls are overstated, according to Bessin. This is because indemnification is more commonly offered by the securities lending agents that are mostly affiliated with custodian banks or broker-dealers. Very few solely are affiliated with an asset manager. A closer look also reveals that it is unlikely to be a source of stress on the agent’s balance sheet.

Bessin says: “In other words, the indemnification is triggered only if the borrower fails to return the lent securities and the value of the collateral is insufficient to replace those securities, neither of which is likely to occur because defaults requiring indemnification are rare and, as we’ve explained, securities loans are typically over-collateralised and required to be marked to market daily.

“If a default does occur, the amount of the indemnified loss (the shortfall) likely will be a small fraction of the value of the securities the borrower failed to return. As a result, the potential that a lending agent will suffer significant losses on indemnifications is remote, whether that agent is a bank, broker-dealer or asset manager.”

The industry is robustly defending its stance that asset managers’ securities lending activities are not a systemic risk. Were it to lose the argument, carrying the ‘systemically important’ label, and they were saddled with heavier capital requirements, this could make it costly to continue with securities lending. This would be unwelcome at a time when competition is driving down fees.