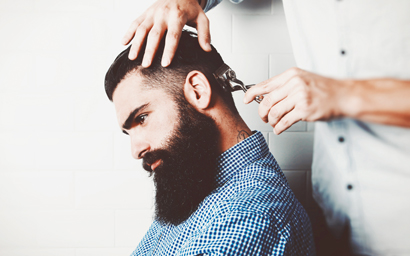 Lynn Strongin Dodds looks at some of the major regulatory developments that affect those involved in securities lending, including rules about shadow banking and ‘haircuts’.

Regulation has been an ongoing theme in the securities finance arena, but the screws were immeasurably tightened after the collapse of Lehman Brothers in 2008. The Financial Stability Board (FSB), the regulatory taskforce for the G20 economies, as well as local legislators, has been probing the industry’s activities under the aegis of shadow banking with the intention of improving transparency and mitigating risks.

The process began in the summer of 2013 when the G20 set out its stall and published a report, Policy Framework for Addressing Shadow Banking Risks in Securities Lending and Repos. The main thrust was on three aspects of securities lending: the investment of cash collateral; indemnifications by asset managers; and transparency and the availability of data. Proposals are still being debated and progress varies in terms of implementation, as each national and regional regulator is devising its own rulebooks.

Here, we summarise the highlights of the latest developments at the global and regional level in 2015.

THE DEFINITION OF SHADOW BANKING
In mid-November, the FSB introduced a new, narrower classification for the shadow banking activities it believes could pose risks. The definition excludes firms such as insurers and pension funds, but encompasses hedge funds and collective investment vehicles, such as money market funds, which can be susceptible to runs in a crisis.

Based on the slimmed-down version, its latest Global Shadow Banking Monitoring Report 2015 shows that shadow banking grew by $1.1 trillion (€1 trillion) to $36 trillion, or 12% of financial system assets, in 2014. The wider aggregate figure for all shadow banking activities, including pension funds and insurers that lend out their securities, rose by 9% to $137 trillion over the past year, representing 40% of total financial system assets.

HAIRCUTS
Mid-November also saw the FSB debut the first set of global ‘haircuts’ that must be applied to securities financing transactions between non-banks, which are a small but growing part of the industry. They will have to post $106 in shares for every $100 borrowed. They have until 2018 to prepare for the change.

Haircuts refer to how collateral used for backing transactions must be discounted. In a securities financing transaction, a shadow bank borrows cash and has to post collateral in the form of securities such as shares. The bulk of such transactions are conducted between banks or banks and non-banks, and haircuts for these trades were published in 2014. For example, the haircut for main index equities rose to 6% from 4%.

SECURITIES FINANCE TRANSACTIONS
At the end of October, the European Parliament gave the green light to the Securities Financing Transactions Regulation (SFTR), a key piece of legislation that was proposed by the European Commission in 2014. The new rules will have far-reaching consequences for securities lending, repo and margin lending transactions through increased reporting and investor transparency, as well as new collateral management conditions.

There are a few key planks starting with the introduction of mandatory reporting for all SFTs, excluding those concluded with central banks, to trade repositories. This is similar to the way exchange-traded and over-the-counter derivatives are reported already under the European Market Infrastructure Regulation. Information ranges from the principal amount to the currency, the type of transaction, the quality and value of the collateral, the haircut levied on the collateral and whether the collateral can or has been substituted or re-hypothecated. It also covers the repo rate or lending fee, the counterparty, and the duration of the transaction.

Fund managers will also be obliged to disclose their policy on the use of client assets in securities financing transactions, and seek their permission to re-hypothecate them in advance. This comprises explaining to investors why they need to re-finance assets, which assets are open to being re-financed, any ceilings imposed on re-hypothecation and how opportunities are allocated between clients.

Explanations must also be given on which forms of collateral are deemed acceptable, how collateral is valued, what risks are incurred, how cash collateral is reinvested and what it earns, and which third parties – such as agent lenders or custodians – are used.

Details of re-hypothecated assets will be sent to investors, including the transaction types, the amounts and maturity of assets on loan, the collateral held in return, and the type and location of the counterparties. The information will be included in the regular reports for Ucits funds or alternative investment funds.

The rules also stipulate that the owner of any assets liable to be re-hypothecated must be fully informed of the risks. Counterparties holding collateral should be allowed to re-hypothecate them only with the express consent of the original owner, and only after the assets are transferred to an account in the name of the receiving counterparty.

Although the SFTR comes into immediate effect, existing funds will have an 18-month grace period to amend their books and put the appropriate systems and processes in place.

NON-BANK FINANCIAL ENTITIES
In March, the FSB launched a consultation on whether asset managers should be deemed systematically important financial institutions, or SIFIs. This follows on from the designations for 30 banks and nine insurers, which are now subject to increased capital requirements, rigorous stress testing and heightened supervision by regulators. The same restrictions were to be levied on certain of their buy-side counterparts but work has been suspended until a wider financial stability risk study is complete.

The change of heart at the FSB is partly due to the International Organization of Securities Commissions – the umbrella group for market regulators – which has been working with the FSB on the proposals. It called for a broader review of the asset management industry in a global financial context instead of systemic risk.

There was also a strong backlash from the largest fund management players such as BlackRock, Pimco, Fidelity and Vanguard, who argued that fund managers do not pose dangers to financial stability because they do not take deposits, guarantee returns or face the risk of sudden failure – unlike the banks.

Instead, they contended that they act as agents on behalf of institutional and individual investors and were not counterparty to client trades or derivatives transactions.

In addition, they did not control the strategic asset allocation of their clients’ assets. Moreover, they stressed asset managers were just one component of the financial system and there needs to be a better understanding of the role of asset owners and why they allocated to markets and asset classes.

The result is that FSB regulators will now be studying two particular dangers: runs on funds when many customers rush to sell at the same time, and those that rely on fragile borrowing, which could trigger a liquidity crunch. There will also be a greater focus on specific related activities such as securities lending and the impact it could have on balance sheets.

This follows on from the US, where local regulators last year switched their attention from specific asset management firms to targeted industry-wide areas. This is in light of the US Securities and Exchange Commission demanding more information from fund managers about the extent to which their funds rely on borrowing, including the use of derivatives that are not captured by existing reporting requirements.

Stock lending is also high on the radar due to fears that dealings between different firms might be a source of conflict and problem at times of market stress.