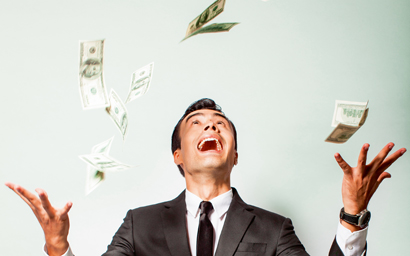 The collateral transformation market has yet to attract fund managers but imminent regulatory deadlines and a need for cash may yet entice them, finds Nicholas Pratt.

Back in 2013, the markets were full of talk about a collateral shortfall. With central clearing for over-the-counter (OTC) derivatives about to be imposed, a shortage of high-quality collateral was expected. For asset managers that had the kind of high-quality assets that were to be in such short supply, there was a potential windfall on offer, one that would enliven the activity of ‘collateral transformation’ – a practice whereby low-quality assets can be polished down and ‘upgraded’, via the securities lending market.

Securities lending agents set up their own collateral transformation services to broker the wave of transactions that would emerge to fill the shortfall.

They waited. And waited. “We have not seen any evidence of the collateral gap as yet,” says Pascal Morosini, head of sales and relationship management, global securities financing, at Clearstream, an international central securities depositary (ICSD).

CLEANED-UP DERIVATIVES
One reason that the collateral transformation market has yet to take off is because there was a gross overestimation of the anticipated collateral shortfall.

Talk of a $3 trillion collateral gap provided to be unfounded. But there have been other factors that have contributed to the modest take-up of collateral transformation services, says Olivier Grimonpont, global head of collateral management and securities lending at Euroclear, also an ICSD.

One is these factors is due to portfolio compression. “A lot of dealers have cleaned up their derivatives portfolios and closed a number of open positions to reduce their net exposure. The other factor is that the calculation method and eligibility rules for central clearing took so long to be finalised. They are still under review but greater clarity is needed around how much collateral will actually be needed,” says Grimonpont.

Others, such as Simon Lillystone, consultant at technology vendor SmartStream, believe that other events have overtaken it, such as the International Organization of Securities Commissions (Iosco) rules on uncleared derivatives and the implications they have, which include the handling of group thresholds and gross margining.

“This is not to say that collateral transformation is not a clever process that all three parties – lender, borrower and lending agent – can benefit from,” says Lillystone. “However the haircuts involved for borrowers can be quite severe – as much as 50% – and the basis points for lenders are not yet quite as high as many might wish.”

However, the providers of collateral transformation services are confident that their time will come, perhaps as early as September 2016 when the European Market Infrastructure Regulation (Emir) deadline passes for the introduction for central clearing for OTC derivatives. At the same time, there is the quantitative easing programme from the European Central Bank as well as the Public Sector Purchase Programme (PSPP), an initiative in which both Clearstream and Euroclear are employed as lending agents for central banks.

The programme was launched in March 2015 and was originally planned to last a year, but it has been extended for another six months because it has not produced the necessary economic stimulus, namely increased inflation in the Eurozone.

National central banks are purchasing bonds issued by their respective governments and are then making them available on the securities lending market, Morosini says. For the central banks, buying back their securities on the market means that government bonds will be in shorter supply. So there is an increasing demand across other market participants looking to get government bonds.

“The last few years have seen an extended period of low interest rates and this has dampened securities lending and repo activity. But, in addition to the arrival of key regulations, there are some other market dynamics that could help to kick-start things,” Morosini says.

“On the repo market, there are more corporates coming to us looking to transform their cash. Big companies have been leaving cash with their banks and getting little or no return so they have gone to the tri-party repo market to get a better rate, more security and a longer duration than they would with the bank.”

Morosini says the benefit of these new entrants to the interbank market is that it allows banks to improve their balance sheets because they can swap low-quality assets against cash. And if the corporates do repo, they get securities in return, which could be lower-quality assets – and that means collateral transformation for the banks.

MARKET BLOSSOMING
Another angle is central counterparty (CCP) securities lending, says Morosini. “Banks are under pressure for their risk-weighted assets and their balance sheet. But by doing repo and securities lending through a CCP, they are getting the benefit of netting and are seen as a better counterparty, so there are less capital costs involved. It appeals to those risk-averse lenders and I think we will see that market blossoming next year.”

And while there are a number of sell-side institutions that are focused on internal collateral transformation – where they look to other divisions within their own organisation as sources for higher-grade collateral and go to their own repo desk rather than the external securities lending market – asset managers have also been drawn into the need for collateral optimisation, says Smartstream’s Lillystone. “They may have hundreds of funds and, in the currently compressed market conditions, will need to extract the maximum value from their portfolios within each fund. True, a lot of the collateral demands they face involve cash, but cash is a rare commodity for many asset managers so they have to transform assets into cash, or to be optimised about the use of securities and equities as collateral.”

It is a view shared by both Euroclear’s Grimonpont and Clearstream’s Morosini – that the spark for securities lending will not be the collateral squeeze, but the need for collateral to be mobilised. “There is enough collateral in the system – in fact, there is €13 trillion held in Clearstream alone,” says Morosini. But much of it is locked within insurance companies, banks and asset managers that are disinclined to use it for securities lending. However, it will not be locked forever. “There is a price for everything,” says Morosini.

“There is enough capacity in the portfolios of the fund management community,” he notes. “And while a 1-2 basis points return would not be enough for asset managers to be interested, 5-10 basis points may be more enticing.”

An increase in reward may entice some asset managers, and so will a reduction in both risk and cost, says Grimonpont. This is something Euroclear is hoping to address through its own collateral management offering.

“It is not just the potential default of a borrower that lenders are weighing up against the potential lending fees they might enjoy,” says Grimonpont. “There are also the legal and operational processes that are involved, that take time and money to complete. We are looking to reduce that operational burden for lenders.”

Euroclear’s GC Access service is for collateral transformation purposes. Lenders can sign up to become members. Euroclear is then able to source potential borrowers as well as take care of all the legal rules and operational work involved. In return, Euroclear takes a share of any lending fees that are accrued.

Given that Euroclear’s pool of assets is heavily focused on fixed income, most of these lenders are central banks. But Grimonpont does anticipate greater interest from asset managers, especially now that an increasing number of exchange-traded funds are acceptable as collateral.

TRUST IN ASIA
Might Asia and other emerging markets, where securities lending is still at a nascent stage, also be potential catalysts for the collateral transformation market?

“I don’t see much collateral transformation in the Asian market yet,” says Morosini. “There are more legal and system barriers, so it has been slow to develop there. However, banks in Asia still enjoy a lot of trust. The Lehman Brothers collapse mostly affected the US and Europe, so the rules around collateral have been stricter. 2008 was a crisis of trust ostensibly.

“As the demand for trading debt in Asia continues to grow, this could also help increase the demand for securities lending, but it is very early days. With the renminbi becoming a reserve currency in October 2016, maybe next year will be the year of the renminbi. It is very much a ‘crystal ball’ issue, but there are signs that the industry continues to develop and that securities lending will become a more viable commercial proposition.”