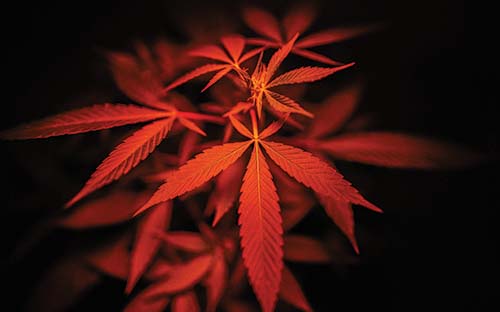 2019 was a difficult year for securities lending revenue. It ticked upwards in Q3, but the market is facing friction from regulatory requirements such as the SFTR, finds Fiona Rintoul.

In a low-yield environment, the extra juice that can be squeezed out of securities by lending them has a special attraction. That drive to maximise returns, combined with an increase in the number of securities available for loan, has driven growth in securities lending in recent years, particularly in the fixed-income sector. According to the International Securities Lending Association (ISLA), there were over €950 billion of government bonds on loan at the end of June 2019.

However, the picture is nuanced – ISLA also highlights “a resistance level of circa €1 trillion” for government bonds on loan – with strong regional differences. Alongside environmental, social and governance (ESG) concerns, which came into focus recently when the Japanese Government Pension Investment Fund (GPIF) decided to remove its securities lending programme, regulatory changes imposed by the European Commission’s Securities Financing Transactions Regulation (SFTR) may weigh on the securities lending market in the next decade.

Certainly, SFTR is the abbreviation on everyone’s lips in the securities lending sector as we head into 2020. From April 2020, securities financing transactions (SFTs) must be reported to an EU-approved trade repository. While the transparency produced has been broadly welcomed, there are concerns that SFTR may push a number of asset owners out of the market.

“Some asset owners have voiced concern that Asian non-EU firms may conclude that European SFTR reporting is either too difficult, expensive or intrusive when weighed against the returns,” says Gernot Schmidt, product manager for regulatory solutions at SimCorp. “The same is expected for Middle Eastern sovereign wealth funds (SWFs) who currently deal with SFT in the European market.”

This could create a shortfall as SWFs punch above their weight in the securities lending sector. While mutual funds (including Ucits) hold 46% of the global lendable supply but lend just 18%, SWFs hold 6% of the supply and lend 14%.

Part of the problem with SFTR is that it coincides with other new regulations such as European Market Infrastructure Regulation (Emir) and the Markets in Financial Instruments Regulations (MiFIR). Requiring 155 fields of data, which need to be reported in the complex ISO 20022 format, the new SFTR regulation demands robust post-trade reporting processes and technology, creating a necessary but challenging requirement for many investment firms.

“When you think of this in the context of the margin squeeze many firms are feeling, the high costs associated with tactical regulatory-driven IT projects is now becoming difficult to justify or sustain,” says Schmidt.

“At the same time, the oversight required, especially in the case of delegated reporting, bears an altogether heavier burden on resources.”

This comes at a time when some potential lenders are already sceptical about the value offered by the lending of securities in Europe. One international asset manager, quoted on condition of anonymity, observes that its Ucits group chooses not to use securities lending as a matter of principle.

“Over the last ten years, no provider has shown a compelling case for it, with the potential revenues both small and uncertain and in the view of the manager not adequate for the lending risk, as small as that risk may be,” a spokesperson says.

However, the same asset manager does employ securities lending in its US mutual funds, finding the economic case there more compelling.

“A higher proportion of securities are US dollar-denominated, with positive yields versus the low to negative yields on many non-dollar securities,” the spokesperson says.

However, all the growth was in North America, with the rest of the world seeing a 13% decline in equity revenues. In fact, North American equities delivered 42% of all securities lending revenues in Q3 – the highest ratio since Q4 2015.

Not only that, but much of these revenues came from so-called ‘equity specials’ in the US. Equity specials helped to deliver $924 million in Q3 US equity lending revenue – the most since the $1.1 billion record set in the third quarter of 2008.

“The big story of Q3 was a continued increase in North American equity specials balances and fees,” says Sam Pierson, director of securities finance at IHS Markit. “The upswing largely came as the result of IPOs and cannabis-related equities.”

In Europe too, equity specials were decisive. As a result of surging revenues from Casino Guichard-Perrachon, the mass-market retail group, French equities delivered $86 million, their highest third-quarter revenues since 2012.

Global revenues for total securities lending were down 15% at €4.5 billion in the first half of 2019 but trended upwards again in the third quarter.

On the fixed-income side, meanwhile, there are pressures too. Regulations such as the Basel III provisions regarding liquidity coverage and net stable funding ratios and Emir’s clearing obligations created demand for high-quality liquid assets (HQLAs) at a time when central banks’ HQLA portfolios had increased due to quantitative easing.

However, supply could be challenged in the future as quantitative easing unwinds, while revenues from bond lending plummeted in 2019, though supply remained robust.

“The general theme in fixed income was declining revenue largely as the result of declining fees,” says Pierson. “However, balances for government bonds and corporates both declined year-on-year in Q3.”

According to IHS Markit, government bond lending revenues peaked in the first quarter of 2018 at $470 million and then trended downwards throughout the first half of 2019. Meanwhile, corporate bond revenues fell 18% year-on-year to $151 million at the end of Q3.

Parties trading bonds also face regulatory challenges, particularly in the non-investment grade sector. A survey by the International Capital Market Association (ICMA) found that buy-in rules introduced by the Central Securities Depository Regulation, which make it mandatory for trading parties to execute buy-ins against counterparties who fail to settle their trades within a required period, could be detrimental to the market.

“There is a flaw in the regulation which means the cost to the failing party could potentially be significantly higher than with the current buy-in method,” says Andrew Hill, senior director in the market practice and regulatory policy team at ICMA.

“It’s very dangerous for lending securities as well because if you lend a security but don’t get it back, you may be able to pass on the buy-in costs, but if there’s a loss due to asymmetry in the buy-in rules dynamic, then that’s a consequential loss and cannot be passed on.”

ICMA’s report on the issue warned that the buy-in rules would cause unintended consequences and change securities lending participants’ behaviour, as new risks would be introduced, and overall market liquidity would probably be reduced. In absolute price terms, ICMA said the impact would be most notable at the lower end of the credit spectrum, with significant increases for emerging markets and high-yield bonds, as well as illiquid investment grade corporate bonds.

Worth it?
There are, then, forces pulling in different directions within securities lending. In a low-yield environment, a few extra basis points of return are welcome, but declining revenues and regulatory hurdles are also a feature of the landscape.

“The securities finance industry and its participants find themselves at the epicentre of an almost ‘perfect storm’,” says Mark Faulkner, co-founder of Credit Benchmark. “Increased regulation, higher capital requirements and pressures to reduce costs are creating a challenging environment in which to conduct business.”

Another factor contributing to that environment is the rise of ESG, which is increasingly affecting the securities finance markets, as the behaviour of beneficial owners and their investment strategies change. The Japanese GPIF’s decision to ditch its securities lending programme, which was welcomed by the likes of Tesla chief executive Elon Musk – a longstanding critic of short selling – is a case in point. But the drive for maximum returns, particularly within pension funds, of course counteracts this.

“In potential conflict with this is the fiduciary need to lend funds’ assets to earn much-needed revenues, particularly as many funds drop their management fees to zero.”

Lending of government bonds, in particular, is slated to rise in 2020, even although the fees generated are much less than for equities. Demand fell in 2019, but ISLA predicts that this fall, which it attributes to the unwinding of QE programmes globally, will be temporary. New rules relating to uncleared margin requirements will drive demand for collateral, including HQLA, and bring engagement from buy-side clients that have not previously had to address these issues.