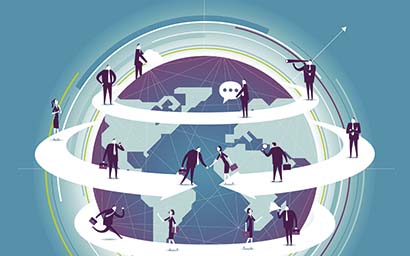 Lynn Strongin Dodds examines how securities lending fared in 2018 – a year in which revenue for global emerging markets looked poised to reach its highest level on record.

It has been slightly over ten years since the Lehman collapse and securities lending has come back into favour after a prolonged period in the wilderness. Different studies show that while the high-quality liquid asset (HQLA) trade remains fashionable, institutions are increasingly turning to the activity to generate much-needed alpha in persistent low interest rate environments.

The International Securities Lending Association (Isla) reported a more robust market in the first half of the year, with balances jumping by around 10% to €2.1 trillion, up from €1.9 trillion at the end of December 2017.

This trend is evident in numbers crunched separately by IHS Markit, which showed that global securities lending revenues in the first nine months of 2018 hit the $8.3 billion (€7.3 billion) mark, the best showing since the third quarter of 2008, though still 27% less than the record total of 2008.

The third quarter was healthy, with revenues climbing to $2.5 billion, up 6% over the same period last year and at the highest level compared to the $2.9 billion generated in the same quarter in 2008. The report attributed the increases to factors such as a boost in high-quality collateral needs, equity demand, particularly in Asia, and a strong appetite for corporate bonds, which surged more than 30%. There were also some special situations for equity lending, especially in Europe.

The HQLA trade in particular is not new, having first appeared in 2015 as sell-side firms sought assets that were inherently stable and could help mitigate the impact of the more stringent requirements embedded in Basel III legislation.

“Recent Isla market reports suggest that HQLA-driven trades remain prevalent due to liquidity coverage ratio needs and the slowing of QE [quantitative easing],” says Martin Seagroatt, marketing director at Broadridge. “As more firms fall under the uncleared margin rules in 2020, mitigating the cost drag of sourcing larger quantities of high-quality collateral should also start to become more of a consideration for the buy side.”

Capitalised
Adnan Hussain, global head of agency securities lending at BNP Paribas Securities Services, also says that participants are becoming more sophisticated in the HQLA space. This has happened as, over the past three years, banks have repositioned themselves to make sure they are sufficiently capitalised to address their liquidity coverage ratios. LCRs, as they are known, are regulatory requirements to ensure banks have enough liquid assets to sell in times of stress.

“Beneficial owners also now have a keen appreciation for term lending and over the last year, conversations have matured,” says Hussain.

“Lenders are looking at a wider range of opportunities to optimise returns. Utilising positive cross-currency trades to generate further returns within their HQLA portfolio is one such example.”

He says that as the cross-currency basis continues to widen, there are significant opportunities to monetise further returns, such as within the lending of US Treasury portfolios against European/Japanese debt.

Other regulation such as the European Market Infrastructure Regulation also played a role, with market participants sourcing high-quality collateral to meet the uncleared margin rules for non-centrally cleared derivatives. As with many of the post-crisis rules, the largest players were at the starting line first in March 2018, when the rules came into effect. In this case, they will not be joined by all institutions until 2020.

Buy-side firms are also turning to securities lending to help plug pension funding gaps and enhance returns. The additional basis points generated by a securities lending programme can help margin-squeezed active managers who are under intense fee scrutiny to cut expenses; it also helps low-cost ETF providers to track indices more closely by offsetting the impact of the annual management charge. Different studies show that 18 of the largest global money managers in terms of assets under management are engaged in securities lending in some shape or form and more are expected to follow.

“Post the financial crisis, many firms withdrew from securities lending and the sector was still suffering three to four years ago,” says James Hockley at consultancy Catalyst Development. “However, today firms cannot leave any stone unturned in terms of looking for incremental returns and they do not want to leave any alpha on the table. The increased transparency and clarity post-financial crisis have also helped people look at securities lending in a more positive light.”

James Day, regional head of securities finance at BNY Mellon, echoes these sentiments. “Although there is still considerable demand for HQLA, we are beginning to see fewer government securities taken out of the financial system due to the tapering of asset purchasing programmes and the end of quantitative easing from the European Central Bank,” he says.

“Participants are re-entering lending programmes that they exited post-crisis in order to generate additional revenue in a low-yield environment. For example, we have seen an increase in equity lending, with counterparties prepared to take more risk and taking advantage of opportunities as and when they appear in the marketplace.”

Gaining a following
As seen by the IHS study, this shifting landscape has elevated the status of fixed income securities as well as term structures, whereby securities are lent for periods of three months or more. Equities are still a prominent feature although their share of the global lending revenue pie has dropped to just over 76% from 86% in 2014.

By contrast, demand for government bonds has remained near an all-time high in 2018, just above the $1 trillion mark, while revenues earned have soared to slightly over $1.3 billion earned in the first three quarters – an acme since the post-crisis years and 19% above the same timeframe last year.

Corporate bonds have also gained a following – but as the IHS report reveals, the money being made is on the non-investment grade side, where the fees are higher.

On the equity front, emerging market securities have been a fertile area, despite the general malaise of the asset class as a whole. The MSCI emerging markets index dropped almost 10% in October alone, its biggest monthly tumble since May 2012 when the health of the eurozone and the US eurozone dominated the headlines.

However, the IHS study found that the total lending revenue for global emerging markets was $331 million in the third quarter, the highest on record both in nominal terms and as a percentage of all equity revenues at just over 17%. If the trend continues, these assets could climb past $1 billion in total revenue for 2018, which will mark the best year on record.

Special events have also reaped rewards, most notably in Europe, where CYBG acquired Virgin Money in June. According to Sam Pierson, director of securities finance at IHS Markit, it created an excellent lending opportunity for long-term CYBG shareholders willing to lend their shares, and an opening for arbitrageurs to profit on the collapse of the spread between the acquisition price.

The actual returns that buy-side firms can generate are hard to predict, as the figure will vary depending on the type of fund, its requirements, its jurisdiction and the legislative framework. Estimates fall between 5 and 10 basis points. This may not sound a lot, but in today’s environment, it is much more significant than it was ten years ago.

“We do not have any specific return targets because it will depend on the nature of the portfolios,” says Xavier Bouthors, senior portfolio manager, treasury fixed income solutions at NN Investment Partners. The firm uses securities lending to generate alpha, as well as for its liability investment-driven strategies.

“For example, if it is a Ucits fund, the risk profile is much more conservative because of the Ucits market standards compared to a non-Ucits insurance fund, then we are able to enter into term, collateral trades in order to capture additional yield. On the whole programme, we take collateral in the form of non-cash securities such as G10 government bonds as well as main index equities.”