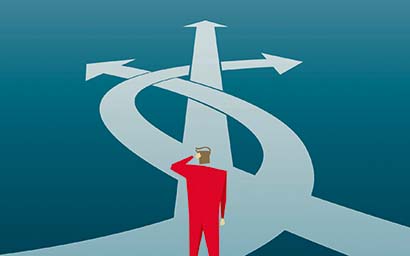 As collateral rules have grown in complexity, so has the need for greater optimisation – But as Tim Steele discovers, achieving that can be painful.

Collateral has long been used as a tool for mitigating counterparty risk and obtaining credit, but now more than ever, it is the key determinant of an institution’s ability to engage in financial transactions in the cash or derivatives markets.

Over the past decade, regulators have stepped in to mandate the use (and re-use) of collateral and the quality of that collateral, as well as disclosure and reporting around collateral management activity.

Industry concerns had centred on a potential shortfall of eligible assets, but the focus has shifted to addressing an uneven distribution of collateral across market participants and, even more pertinently, the existence of collateral bottlenecks that impede firms’ ability to access collateral efficiently. Enhancing transparency around collateral needs and inventory is a top priority.

Undoubtedly, the seismic change has been European Market Infrastructure Regulation requirements around margining for uncleared over-the-counter derivatives, as well as centrally cleared derivatives. Other rules are also important, such as revised liquidity requirements under the Capital Requirements Regulation. Each has contributed to the spiralling demand for collateral.

“Unprecedented regulatory reforms have led to a reshaping of the whole interbank market, and we are heading now to the next waves of regulatory reform where the number of counterparties impacted by the collateral requirements will only grow,” says Cédric Gillerot, director, product management and collateral management at Euroclear.

Velocity of capital
Collateral optimisation, a topic that has grown in focus, is described by Jérôme Cardon, a securities finance product specialist at Broadridge, as “having the right collateral allocated to the right requirement”.

Cardon notes that Basel III has forged a link between capital and funding at a time when capital is more scarce. In addition, the consolidation for efficiency and liquidity reasons of securities settlement infrastructures – in Europe through the rollout of Target2-Securities (T2S) – has served to increase the mobility and velocity of collateral.

“There is now an acknowledged direct link between capital and funding costs through collateral usage, and that leads us to collateral optimisation,” he says.

Fergus Pery, global head of collateral management, prime futures and securities services at Citi, says that collateral optionality has been constrained by new regulations, while banks seeking to minimise balance-sheet impacts have tended to push back on the use of cash as collateral. “For many on the buy-side, that is completely the opposite of where they instinctively want to go,” says Pery, “and can result in a significant drag on investment performance, which is increasingly viewed as a key measure of collateral efficiency. Ultimately investment firms exist to deliver returns to investors and so the efficient use of collateral is key.”

A personal journey
Collateral optimisation is often framed as a journey – and, given an individual firm’s diverse priorities, a very personal one. Moreover, the path forward is littered with obstacles. So what are the pain points hindering firms’ efforts to extract more value from their collateral management activities?

In many instances it is the front office that is leading the optimisation charge, as this typically reaps the biggest immediate benefits with the lowest level of long-term infrastructure investment, says Broadridge’s Cardon. However, the front office is not necessarily committing to the level of investment required in the longer term.

“If you are looking at optimisation and your collateral management function still has a lot of manual workarounds, then you will never be able to achieve your optimal solution. If you want to go faster in a car, certainly you can press on the pedal – but ultimately that car can only ever go so fast due to the inherent limitations of its design.

“You want to attack collateral optimisation from both sides. From a pure front-office side, where you really understand your risk, your pricing, your cost of assets, the scope of your agreements and business; and you also need to analyse the pain points within your organisation, what does and doesn’t work, what is manual and what is automated. Once you do that, you will be in a position to scale up and adapt quickly.”

The expansion of the collateral ecosystem, and the growing number of potential constraints that places significant pressure on a firm’s resources, can lead to a more superficial implementation of collateral optimisation, says Euroclear’s Gillerot. “The scale of the change that firms need to absorb makes it difficult to bring about end-to-end optimisation,” he adds.

The focus must be on ensuring mobility and facilitating the access to collateral, wherever it is held. “The prerequisites for collateral optimisation remain visibility of and access to unencumbered assets – even if you have the right decision-making in place to identify the right collateral to allocate, it will be difficult if you cannot view or move it,” Gillerot says.

“Once you secure access to pools of collateral, the priority should be to access key sources of liquidity starting with CCPs [central counterparties] and central banks. Those are mandatory prerequisites on the journey towards collateral optimisation.”

Maximum flexibility
For a buy-side firm, it is particularly important to get a clear picture of how collateral held or posted is acting as a drag on investment performance, says Citi’s Pery. Ideally that will take the form of a daily dollar number or a basis point reduction in performance contextualised within a specific timeframe. A high level of automation is critical, he adds: “You need to have the maximum amount of flexibility to use different types of collateral without any concerns around operational supportability.”

Optimising margin payments – while a narrowly focused goal – ensures that on any given day, every fund can select the most efficient collateral against its obligations, Pery says. Also important is the ability to initiate substitutions, when a firm has sold an asset or more optimal asset allocation becomes visible; and to support collateral transformations, whereby a firm can undertake preliminary transactions to generate the necessary eligible collateral.

“That ensures it is not just about what inventory you have at the start of the day,” he says. “It allows you to bring in additional inventory via an upgrade trade.”

Buy-side firms are very focused on initial margin regulations. Quite rightly, Pery says, because these are very operationally burdensome and potentially legally complex. Nonetheless, he urges firms to evaluate too the impact on their collateral efficiency or drag: “Without that dashboard, it is very hard for them to gauge whether they need to make wider changes. If they see the needle is going into the red zone, then they know it is time to engage in transformation trades or look more actively at repo financing or better use of non-cash collateral.”

Another pain point is tri-party repo, says Bimal Kadikar, chief executive of Transcend Street Solutions. “In reality, firms do not do business with just one agent, but rather need to optimise across their overall demands as well as other tri-party agents,” he says. “There are also timing elements to consider, as collateral will often need to be delivered at different times through the day.”

Firms are often arranged around silos, such as fixed income financing, equity financing, derivatives, treasury and operations. Some players also have segmented client businesses such as prime or agency lending, creating another dimension.

“If you optimise every pool or silo individually, as a firm you will by design not be optimised,” says Kadikar. Putting the right architecture in place can provide the flexibility to make changes across internal silos which would otherwise adopt their own solutions, he says.

Architectural perspective
If the building blocks required to solve the optimisation challenge are better understood today, firms nonetheless have their own constraints around collateral, liquidity, capital and funding. “The question is how do you play across those, what is the connectivity? That is an area that is not yet solved,” Kadikar says.

“If you get all these elements connected from a strategic and architectural perspective, however, there are clear monetary benefits to be derived from increased efficiencies and it makes your compliance and regulatory requirements feel less burdensome.”