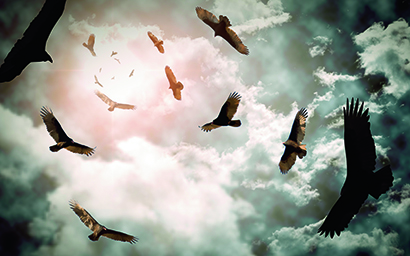 There are concerns that a new regulation will reduce the appetite of Ucits funds to lend their assets. Lynn Strongin Dodds looks at the SFTR and how vendors might help.

Over the past few years, Ucits funds have had to contend with a stream of regulatory changes. In the realm of securities lending, the Securities Financing Transaction Regulation (SFTR) is circling overhead.

The SFTR has some onerous reporting requirements (which do not kick in until around 2019) and there is a risk they may cause some participants to reconsider their involvement in the lending market.

The International Securities Lending Association (Isla) has said that Ucits funds in Europe and mutual funds globally have already restricted their lending activity in the post-financial crisis regulatory landscape (see pages 12-14). The trade body noted that the SFTR will bring new and potentially significant costs into the system, which, if allocated down to the underlying client level, could make many smaller lending institutions stop carrying out what remains for them a predominantly ancillary activity.

This in turn could impact the overall efficient functioning of the securities lending market and general liquidity.

While it is most likely that asset managers will turn to their agent lenders for a helping hand, it is not surprising that the exact costs are unclear with more than a year still to go before the regulation is fully live.

Ucits and alternative funds have already started their engines due to the obligations to disclose their lending activities in their prospectuses and annual reports under Article 13/14. However, they have a reprieve of six months after the implementation date (which many see as April 1, 2019) to come to grips with the thornier requirements embedded in Article 4, which obliges all securities financing transactions to be reported to a European Union-registered trade repository within one working day.

“The challenges of implementing SFTR should not be underestimated,” says Ian Chester, a director of Message Automation, a subsidiary of Broadridge.

“The regulation is complicated and the reporting obligation covers 153 reportable fields, some of which are not in common use. The same trends could happen as we saw with MiFID II, where hedge funds reviewed their trading strategy and some decided not to trade in certain structures which would open them up to MiFID regulations. SFTR will also make Ucits funds look at their overall business model and they will have to decide whether securities lending is still a viable business given the additional costs.”

Andy Krangel, director at Citi Agency Securities Finance, echoes these sentiments. He notes that the requirements are not Ucits-specific, but that funds across the board will have to deal with completing the reporting fields as well as ensuring trade data is in place, such as the legal entity identifier (LEI) and unique trade identifier (UTI). “Ucits, especially the smaller funds, which do not generate a lot of revenues from securities lending, will have to assess whether the return generated justifies participating in a programme with these additional expenses,” Krangel adds.

SFTR shares many of the same objectives as the European Market Infrastructure Regulation (Emir), which was introduced in 2012 and has shaken up derivatives trading and reporting. Like Emir, it pushes for greater transparency with a dual-sided reporting obligation whereby both counterparties to a transaction report details of that trade.

It also requires the same LEI, UTI and an international securities identification number as well as employing a similar approach to collecting reference data associated with the financial instruments in scope. The difference is that the SFTR has a much wider catchment area and covers repurchase agreements (repos), securities lending and prime brokerage margin lending. Also, the list of information required is longer and includes details on counterparties, loans and the collateral component, to name just a few.

Out of the 153 reportable fields, about 40% are new; there are also roughly 60 data fields that need to be matched within very tight or zero tolerances. This is approximately six times the number of fields required to match under Emir.
Another unique feature is its ‘third counterparty reach’. For instance, a securities finance deal between a Japanese pension fund and the German branch of a Swiss bank would be included in the remit of the regulation because one party to the trade is an EU branch, even though neither is headquartered in the EU.

One of the challenges specific to Ucits funds is their legal structures. A large sovereign wealth fund, for example, may have only one LEI while a smaller Ucits fund may have more than 50 LEIs through an umbrella of sub-fund structures, according to Simon Waddington, regional head of agency lending business development and relationship management for State Street Global Markets. “The issue is not new, as under the ‘agent lender disclosure model’, we have to disclose individual entities to borrowers so that their credit teams can approve them.

“Under SFTR, however, there will be additional reporting requirements and additional costs if there is a charge per LEI, which will make Ucits clients even less attractive versus a client with only one LEI,” he says.

Lessons from Emir
Another major and new issue for Ucits is that management companies (‘ManCos’) and not the funds will have to shoulder the burden for implementing and monitoring SFTR. “Even if they outsource to the agent lender, the ManCo has a legal responsibility for the reporting and to ensure that it is done correctly,” says Robert Keane, head of product development for Pirum.

“That is a big change that they will have to prepare for, even though Ucits funds do not come under the regulation until the later stages.”

Lessons could be gleaned from the Emir implementation but most believe the uneven implementation serves as a reminder of what not to do. As David Lewis, senior vice president at FIS, points out, “the implementation did not always go smoothly. Take the generation of UTIs. Every single transaction has a UTI but the percentage of those being matched under EMIR is in the single digits.”

He adds: “The approach taken was not disciplined for the management and generation of UTIs but Isla is doing a lot of work with vendors such as ourselves, market participants and working groups to develop a protocol for the generation of these UTIs.”

Lewis believes that a standard protocol will enable trade repositories to not only deliver an efficient and timely matching process without the need for third parties replicating the process, but also help with the production of compliance reports and exceptions back to their clients.

Equilend, for example, has recently partnered with Trax, a regulatory reporting specialist, to develop an SFTR solution, and HIS Markit has partnered with Pirum.

Tom Pikett, product manager at Trax, says their solution relies on existing connectivity, technology and data EquiLend and Trax platforms. “Our interoperable solution can reconcile and match across all required SFTR fields, utilising real-time trading and matching functionality and manage any breaks which appear across either platform.”

IHS Markit and Pirum have an SFTR transaction reporting solution that is being used by BNY Mellon, Brown Brothers Harriman, Deutsche Bank Agency Lending and others.

The aim is to enable market participants to report transactions through an interoperable platform. It will cover the gamut, ranging from data exchange, enrichment and warehousing, reconciliation and reporting to approved trade repositories.
There are also standalone offerings from firms such as Broadridge, which will provide system-level data from its securities finance and collateral management solution, as well as delivering UTIs, a matching service and reporting directly to the trade repositories.

“One of the biggest challenges of SFTR, as with Emir, is the timeliness of the data in that you have enough time to generate the data and it is available at the right time,” says Carsten Kunkel, head of SimCorp’s global regulatory centre of excellence. “However, solutions today must be flexible and scaleable and be able to meet the different data requirements, whether it be SFTR, Emir or MiFID II.”