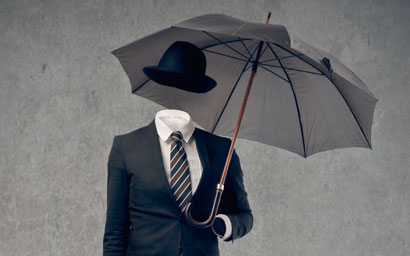 The lack of visibility over ETF trading is holding back their use as collateral, but MiFID II could change that, finds Lynn Strongin Dodds.

The use of exchange-traded funds (ETFs) has grown exponentially in Europe over the past decade, but this has not translated into wide acceptance of them as securities used in collateral management. It could be several more years before ETFs have a meaningful presence in a securities lending programme.

Proponents argue that ETFs as collateral have the potential to generate a valuable revenue stream that offsets management fees and trading costs, enhancing overall performance. It can also help generate a return – the average is about 0.03% and can exceed 0.1% on smaller or international stocks that are most in demand among borrowers. While seemingly paltry, anything looks attractive in this low interest rate environment.

To date though, only around 5% of European ETFs is employed for lending despite the overall market reaching a record $567 billion (€533 billion) at the end of the third quarter, according to ETFGI, an ETF consultancy. This is a dip in the proverbial ocean compared to the US, where the figure is approximately 25% to 30% out of the total $2.4 billion for the first nine months of 2016.

“The use of ETFs as collateral has been a topical issue for a number of years in Europe and is seen by some as one of the many steps toward creating a broader ecosystem for ETFs within Europe,” says Mark Fitzgerald, head of product, Europe at Vanguard. He believes that for ETFs to be accepted as collateral depends, firstly, on regulations, such as ensuring that collateral is highly liquid and has low volatility. Currently ETF shares are excluded as eligible collateral for uncleared swaps by global regulators and, to date, only Eurex accepts ETFs as collateral.

If ETFs were commonly accepted as collateral in bilateral transactions or with clearing houses, a more robust lending market for the product could be created, says Fitzgerald. In addition, this may allow for cheaper funding options for banks and brokers and, in turn, the cost to borrow and lend shares more generally might fall and liquidity in the products themselves become greater.

“However, to achieve this isn’t an easy process and starts by getting custodians, clients and other participants all on the same page, if, the regulatory position has first moved,” he adds.

INVISIBLE TRADING
The European market also poses challenges because it is fragmented and lacks standardisation. There is also opacity and reporting has not been mandatory.

According to a report by Irish law firm Dillon Eustace, some 70% of trades across 1,519 ETFs listed in 21 countries across the region last year were not reported. Even when they were disclosed, the requirements varied depending on the European stock exchange on which they were listed.

In general, most require the publication of an intraday net asset value throughout the business day, although certain bourses such as the London Stock Exchange do not have any such obligations.

By comparison, brokers in the US are required to route trades to the exchange that has the most competitive price for buying and selling a listed share or ETF at any given time. If more than one exchange shows the best price, the broker can choose. Moreover, all trades have to be reported to a publicly available source.

Matthew Chessum, investment dealer at Aberdeen Asset Management, sums up the views of many fund managers: “One of the concerns we have with accepting ETFs as collateral is the lack of transparency in terms of average daily traded volume, although this will change under Markets in Financial Instruments Directive (MiFID II) when trades will have to be reported.

“However, I would not expect to receive a premium for taking an ETF as collateral in the current market. From my perspective, it is time-consuming and more complex and for now I would rather take other securities.”

Another problem, he says, may be the tracking error between the underlying assets and the ETF, as well as whether all agents indemnify them.

Mick Chadwick, head of securities finance at Aviva Investors, adds: “Conceptually, there is nothing wrong with ETFs and in some cases, they may be a better form of collateral than the underlying assets that they are based upon. This is true for the physical than the synthetic swaps which if used would add another layer of complexity and risk in terms of the counterparty risk. However, at the moment, they are still traded on multiple exchanges and it is difficult to get decent data on liquidity and turnover to develop concentration limits.”

The borrowing community has also not turned up the heat, according to one market participant. “They have not put any pressure or given us any incentive to accept ETFs as collateral and diversify our programme. The result is that we are sticking with the collateral we have including cash, government bonds and the equities on the main indices.”

TOUGHER STANCE
Change, though, is in the air, as Chessum alluded to. Next year, the European Market Infrastructure Regulation, which is currently being phased in, as well as MiFID II, could sway asset managers to change their mind because they will need more collateral to meet the initial and variation margin requirements in derivative transactions.

Moreover, MiFID II has adopted a much tougher stance than the original 2007 version, which did not recognise ETFs as an asset class. This kept the bulk of trading – 70% – off exchange in Europe, which is in sharp contrast to the US, where the figure is 30%.

In the new regime, ETF trades will have to be reported as close to real time as possible, including the date and time of the transaction, instrument identifier, price and price notation, quantity and venue identifier. The ensuing improved transparency and liquidity is expected to shift trading more on to exchange, giving fund managers greater confidence in using ETFs more frequently for securities lending and collateral purposes, according to a recent report by research firm Cerulli.

“I think regulation such as MiFID will create greater transparency while the retail distribution review (RDR), which has banned retrocessions, will attract greater retail flow, increasing liquidity,” says Keshava Shastry, head of ETP capital markets at Deutsche Asset & Wealth Management. “This should make people feel more comfortable about taking ETFs as collateral because they will no longer be seen as a separate security but a ticker on an exchange in the same way that, for example, Microsoft is.”

STREAMLINED
Shastry, though, says that there should also be greater education about ETFs as well as streamlined processes to make it easier to dissect the ETF structures.

“One of the biggest concerns for people is how quickly can they liquidate an ETF in case of default,” he says. “At the moment there are multiple line listings of the same fund and it is a resource- and manual-intensive process to look at the underlying assets.”

IHS Markit has tried to resolve some of the more unwieldy processes by launching two ETF collateral lists, which initially cover over 6,000 – or $516 billion – of developed-market equity and fixed income ETFs. In time, the hope is that these rosters will be extended to include other asset classes, indices and synthetic ETFs.

“One of the biggest challenges has been the classification of the product because there are so many providers and products,” says Matthew Fowles of ETF provider iShares. “I think the Markit lists will be one of the biggest catalysts and we have already seen greater institutional interest as a result. It is a much more efficient and easy way for risk officers to classify, structure and manage the asset class.”

To date, BlackRock – which owns iShares – and BNY Mellon and State Street are among the ETF providers that have accepted Markit’s ETF collateral lists for inclusion in their collateral management schedules. “What Markit has tried to do is create a market standard and greater transparency, although it will be beneficial to market participants if in time the list is expanded,” says Alistair Griffiths, regional vice president, business development, at BNY Mellon Markets. “However, whether the use of ETFs for securities lending increases will also depend on the lender’s investment guidelines and what they deem to be is acceptable. For example, some managers have ethical exclusions and the basket may contain assets from sectors that fall outside of these guidelines for a variety of reasons.”

His colleague Mark Higgins, regional head of business development, also believes European investors have to get comfortable with the risks and rewards. “Over time, ETFs will become more acceptable as collateral but questions will remain around the best way to record them and indeed, how they can be sold on in a default situation. After all, you can only accept collateral that you know how to manage in a time of crisis.”