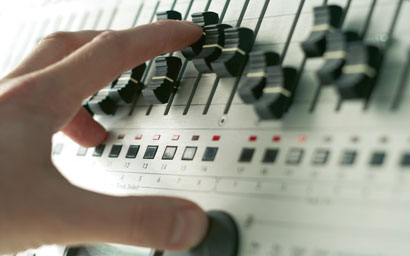 Repeated attempts to establish a central counterparty for securities lending have failed to gain traction among the buy-side. Nicholas Pratt finds a few changes may be necessary for progress in 2017.

Asking if this will finally be the year that a central counterparty (CCP) for securities lending catches on has become an annual occurrence. After more than five years of false dawns, the question must be asked again.

So, what makes 2017 so different from all the other years? For one, the negative interest rate environment has more asset owners and managers entering the securities lending market in search of a low-risk way to generate some extra revenue.

In December 2011, SecFinex, a UK-based electronic securities lending platform was closed down 11 years after launching. Its main owner, NYSE Euronext, stated at the time that, despite believing that CCPs would play a bigger role in securities lending, the platform had failed to gain enough traction and financial support.

And then in 2013, plans were made for the relaunch of SecFinex on the premise that regulators might mandate the central clearing of securities lending transactions. SIX x-clear, the CCP of the Swiss stock exchange, was enlisted to provide the central clearing activity for a new platform with ambitions to serve a European client base and business model. However, the new service failed to even launch.

Since then SIX has got more securities lending business by virtue of its acquisition of Norway’s Oslo Clearing – however, the activity is focused on the domestic market and is not an international offering.

That said, SIX still believes that “central clearing of securities lending business will increase in the future, driven not by mandatory requirements but rather from the cost of maintaining old structures, its impact on the balance sheet for customers and potential cross-netting opportunities”, according to a SIX spokesman.

One of the new entrants to the securities lending world is UK-based Sharegain, a fintech company aiming to open up the market to individual as well as institutional investors. According to chief executive Boaz Yaari, the company is currently emerging from “stealth mode”, a status it has maintained for the past two years, and plans to go live in early 2017.

There is also EuroCCP, a post-trade services company jointly owned by a consortium of clearing bodies and stock exchanges. It is rumoured that EuroCCP is developing a proof-of-concept for a securities lending CCP, a development which would finally create some competition for Eurex Clearing in Europe. EuroCCP would not comment on these rumours.

Back in 2013, EuroCCP chief executive Diana Chan told Funds Europe that it was difficult to see what benefits a CCP could add to those provided through existing bilateral arrangements. She could not see how a CCP for securities lending would catch on with buy-side participants, but did not rule out taking such a step in the future if clients demanded it.

So again, one wonders what has changed and why the idea has not caught on yet.

It’s a complex answer, says Josh Galper, managing principal at Finadium, an independent consultancy for securities finance. “The factors include a lack of buy-side interest in setting up with a new counterparty; bank interest and incentive to price securities loans better on a CCP versus in a bilateral transaction; and the regulations that surround the transaction. There have also been delays in CCPs setting up to accept the buy-side in the US, leaving Eurex to educate buy-side firms about the value of the CCP model.”

WHERE ARE THE BUY-SIDE BENEFITS?
The issue of CCPs in sec lending has been a regular topic of discussion on industry panels and debates and never fails to divide opinion. But while the sell-side has clear benefits from using a CCP, most notably a reduction on capital charges if they were to keep the same assets on their own balance sheets, the same benefits do not apply to the buy-side.

Nevertheless, the idea of a CCP is at least starting to gain some traction among beneficial owners and agent lenders, says Ross Bowman, business development, securities finance, market and financing services at BNP Paribas Securities Services.

“Every lending agent is engaged with a CCP and there is definitely more interest from beneficial owners, but it has taken them a lot of time to understand how the CCPs work and what benefits they offer,” he says.

One of the problems is that the interests of borrowers and lenders are rarely aligned. In fact they are more likely to be diametrically opposed. And that is the challenge for agent lenders – to marry the divergent interests of these two parties.

In the case of CCPs, it may well be a case of money, says Bowman. The CCP model vastly reduces capital costs for borrowers, but unless some of those cost savings are passed down to lenders, then they are unlikely to take much interest.

As of yet, the spreads on offer do not show these savings being passed on, says Bowman. “I don’t think the savings on offer are significant enough yet.”

MORE ATTRACTIVE
Eurex Clearing, for so long the sole CCP in the European securities lending market, says that there has been some improvement in uptake over the past 12 months. Most of the activity to date has been broker/dealers trading between themselves – but, says Jonathan Lombardo, a senior vice president, clients and markets, at the firm, there are signs of greater involvement from the buy-side.

Part of this increased interest has come from tweaking the CCP model to make it more attractive to the asset owners and potential lenders. While the benefits of a CCP model are very clear for borrowers in terms of reduced capital costs, it has been more challenging for the buy-side.

In January, Eurex will launch its first lending agent/beneficial owner licence holding scheme, via its Lending CCP offering, which operates on a cash/non-cash basis for collateral and enables the beneficial owners to have a securities lending agent as their clearing account holder. Furthermore, for non-cash transactions, no margin is required to be posted by the beneficial owner and nor does it have to contribute the default fund like other members of a CCP typically do.

In addition to reducing the cost of using a CCP, Eurex has also sought to reduce the operational impact for buy-side users and to allow them to maintain their existing bilateral relationships. “This was definitely the hurdle we faced with the original CCP concept. As we have gone on, we have realised that the model needs to be further refined.”

Lombardo says that the pace of growth for securities lending CCPs has been largely what he expected. “We expect to issue our first lending agent/beneficial owner ticket in January 2017 which is only a month away, so we are basically where we wanted to be.”

The use of Eurex’s electronic trading platform F7 via its securities lending offering and has already seen the lending agent/beneficial owner model go live using Clearstream as the agent, and Eurex anticipates further growth in 2017.

There has been a concerted effort from everyone in the marketplace to get more buy-side involvement with the CCPs, says Lombardo. “The sell-side is looking for a way to mitigate the impact of regulation and capital rules, but they need the buy-side to be on the other side of the trades. Fortunately, we are seeing the buy-side move from asking how the platform works and what benefits it offers to how quickly they can get connected.”

One of the potential catalysts for greater adoption was the possibility that regulators may mandate central clearing for CCPs in the same way they have mandated it for derivatives. However, this looks unlikely in the near future. Plus it would have to be introduced for the repo market before it could be applied to the sec lending market.

TOP PRIORITY
But there is cause for encouragement for Eurex in that it may soon face some competition in Europe from EuroCCP and some of the other offerings, such as Sharegain.

Meanwhile, the Chicago-based Options Clearing Corporation announced in 2016 that its CCP for securities lending is its number-one priority.

Of course, new models might develop in the future, not least a model that employs Blockchain technology. It would presumably be galling for all of those who have spent so long trying to make their CCPs work to see a Blockchain-based offering swoop in and prove an instant success.

This would be unlikely, however. While Blockchain would bring benefits to the settlement function, it could not as easily replicate the credit intermediation provided by a CCP. The question, though, is whether asset managers and beneficial owners will prove to be any more enthused by a securities lending CCP than in previous years – or whether we will be asking the same question next year.