FUNDS EUROPE: Will we see at some point in the near future a more uniform level of automation on a global scale rather than the regional disparities we see at the moment?

BONTE: We have to rethink the client interaction model and the range of new capacities we can bring to it. In many developing countries, they were probably not at the right level of automation at some point, but they decided to move several steps forward. 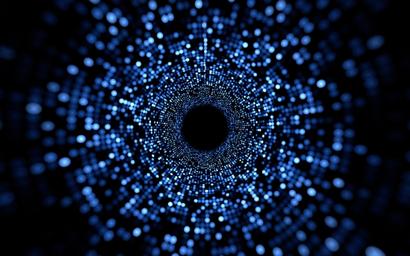 I am a relatively new arrival in the asset management industry, but it is a very small step at a time when it comes to innovation. We have not pushed operational transformation to the level that could be reached, and perhaps it's time now to see if we can push it one step or multiple steps further to really make a difference. We have experts on the processes and people who know very well how everything operates. And it's clear that we know where systems are inefficient, and it's clear where we would like to have more connections. But there needs to be the will to move to the next stage.

WEBBER: In future, we are all going to be technology companies – whether we sell financial services or cars. Instead of seeing IT as a completely separate entity, we're all starting to see IT as very much part of who we are, regardless of what region we are in.

There will still be regulatory nuances creating a little bit of friction, even where you have global operating models for processes like fund accounting. But in regions where you don't have legacy technology, there is the ability to take a leap forward. For example, Amazon didn't have all the legacy platforms and systems, so it was able to start with a blank piece of paper.

Is it regions that will drive innovation forward, or is it the emergence of new players, globally or regionally, which will drive forward? I don't know, but I think the industry will change regardless because it has to.

FUNDS EUROPE: Will we ever get to 100% automation, and would this be a good or bad thing? Are there any potential downsides to automation that we're perhaps not aware enough of?
GLYN: Some people are scared of automation because it equals immediacy, and if something has gone wrong, it's much harder to fix it. If there's a problem, you can't unwind it, as opposed to in the olden days when things were done on paper, and they were going from person to person to person. If there were an issue, you could probably catch it before the money went out the door. Although intellectually, that's a very fair point; it will not put the brakes on the various automation projects.

We will still see regional differences because of how clients in each country wish to be serviced. Some people like going into a bank for advice, and that is going to be less automated, but the next generation of investors do everything online and are much more likely to get advice from social media than from a financial advisor. As that comes to the fore and we see different investor trends and different distribution models in each country, we will still see a regional disparity in automation levels, even though the back-end processes themselves will be more automated.

BONTE: We will not be able to manage the cost of 100% automation, so that should not be a dream. Keep on pushing standardisation and being able to manage exceptions. You want to be close to your client when there is an issue, and if it is just a matter of saying, 'I cannot manage your transaction because it's not standard any more,' you can expect him to move somewhere else. It is about finding a balance between standardisation and added value.

"We will still see regional differences because of how clients in each country wish to be serviced."

If we think about the way that wealth is being transferred, not just in the immediate future to women but in the long-term future to the next generation, it will remain a relationship business – but in order to do that effectively and create the hyper-personalisation that we were talking about earlier, it's essential to get rid of manual processes where they don't add value. I don't ever believe we're going to get to 100% automation, but I also believe that things like settlement, order routing, dividend payments, all of the things that don't need human intervention to make them work well, that is where we should be focused.

FUNDS EUROPE: Will we see at some point in the near future a more uniform level of automation on a global scale rather than the regional disparities we see at the moment?

BONTE: We have to rethink the client interaction model and the range of new capacities we can bring to it. In...