At a recent CAMRADATA roundtable, participants discussed whether the Japanese equity proposition is changing and why institutional investors should have an allocation to the region, however small. 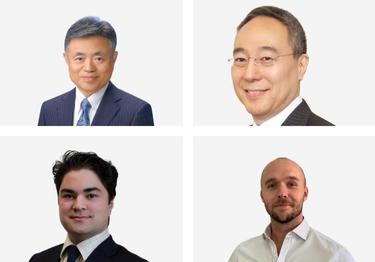 A glance at Japan’s economic and social history reveals much about international institutional investors’ current perceptions of the country as a potential investment destination, but change could be on the horizon for the land of the rising sun nation – and its place in global portfolios.

Setting the scene, with some background on the third-largest economy in the world by nominal GDP, was Yoshihiko Ito, chief investment officer at Nippon Value Investors.

He explained that Japanese nominal GDP began the 1990s flat, after the collapse of the asset price bubble economy in the late 1980s.

Ito told the roundtable: “After the collapse of the bubble economy, Japanese inflation has been below 2% over the past three decades.

“Due to the low-growth, low-inflation environment, Japanese real wages declined."

Nippon Value’s Ito also revealed that Japan’s population peaked in 2008 at about 128 million, and that, since then, it has declined. By April 2022, it stood at around 125 million, a decrease of 3 million. However, Japan’s workforce has grown in recent years.

“The working population grew to 68.6 million in 2021, from 66 million in 2011. The population has been declining but the labour workforce has increased, and that’s largely due to the increase of female participation in the job market,” he said.

“People may be concerned with Japan’s population decline. We had a similar increase in permanent residents in Japan, which has increased from 2013 to a much higher level. Japan is opening to foreign-skilled workers especially, by loosening restrictions and shortening the time required to apply for permanent residency – for some individuals it’s as short as one year.”