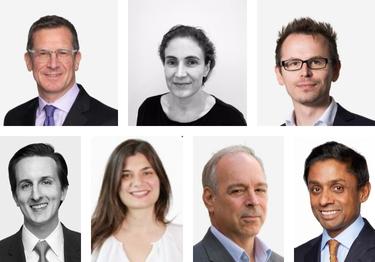 The first nine months of 2022 left investors with few places to hide. Both bond and equity markets have shed value. Real assets have not manifested similar levels of pain, but with interest rates set to rise and recessions expected, no one presumes they are immune from suffering.

The CAMRADATA roundtable on Systematic Investing at the start of October 2022 sought to find out whether quant managers had fared better than average. The discussion started by getting a sense of asset owners’ risk budgets following months of general losses.

Matthew Towsey, head of research for Alternative Strategies at Aon, a global adviser to asset owners, said they had shown some concern about their asset mix as stock/bond correlations have increased.

He said Aon clients had been looking to allocate more to hedge funds to combat recent market turbulence, and the spike in gilt yields at the end of September - when some UK pension funds were forced to liquidate to cover margin calls – and could see further interest in diversifying strategies

“Sometimes clients only move after the event,” said Towsey. “But we have had large allocations to hedge funds in portfolios where we have discretion. The need for diversification has been coming and is now firmly here.”

Ian Coulman, CIO of Pool Re, which covers commercial buildings in the UK against terrorist attacks, said: “We don’t use LDI and we don’t use any kind of leverage. We are much more short-term in nature, with lower duration. We reduced our equity allocation several years ago because it was dominating our risk budget.”

Pool Re went instead into Multi-Asset Credit and Alternative Risk Premia (ARP). Coulman revealed that Pool Re is now in the midst of another strategy review: “I believe there are opportunities to add risk,” he said.

“This year is about being as core and balanced as possible.”

Following Matthews, Towsey said the general move by DB pension funds towards credit was sometimes a stepping-stone towards full buy-out of the liabilities by an insurer. He added that there was a lesser trend of coming out of beta and vanilla multi-asset strategies into hedge funds for the last 18 months.

Penny Aitken, European head of Diversifying Liquid Alternatives at Mercer, another global investment consultancy, expressed concerns around liquidity, in part driven by greater commitments to Private Markets. “You are getting a pinch movement. Everything is becoming more fragile.” She pondered where the risks remained and where the rest of the iceberg was.

The consultants were generally pleased with systematic strategies. “It has been a banner year for quant,” said Towsey. “CTAs have done incredibly well, up 30-50% already this year. Statistical arbitrage and market neutral in equity markets have mainly had success since November 2020, when the first Covid vaccines were announced and value rallied.”

Risk Parity has, unsurprisingly, had a really poor year given the decline in risk assets across the board. But Towsey affirmed that it remained “a sound way to allocate over the long term.”

“Within some of these strategies like CTA, there has been dispersion,” said Aitken. “The solution has been to have more than one manager.” She suggested that dispersion was in part created by lots of technological advances, such as the number of datasets available and computational techniques which impact both signals and portfolio optimisation. Another cause of dispersion was the expansion by systematic managers into more markets.

Arup Datta, head of global quantitative strategies at Mackenzie Investments, said his team was focused on equity macro headwinds. “There are a lot of crosscurrents. Can we stick to our knitting and focus on risk?” A few of Datta’s strategies are long/short, but the majority are focused on adding alpha in a long-only context. “This year is about being as core and balanced as possible,” he said. Looking back, Datta noted that in 2019/20, quant struggled.