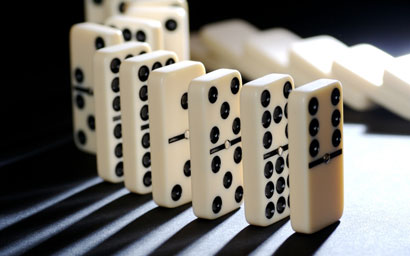 Larry Fink, CEO and chairman of BlackRock, was asked recently if his company posed a systemic risk to markets.

When this question was put to him by an audience member at the Fund Forum International conference in Monaco last week where Fink was interviewed, he said he wasn’t exactly sure what the question meant in relation to BlackRock, but as he saw it, the answer was no.

BlackRock is the largest asset manager in the world, and if it was size that the questioner had in mind, BlackRock’s assets outstrip the entire hedge fund industry.

As of March 31, 2011, BlackRock's assets under management total US$3.65 trillion (€2.53 trillion) across equity, fixed income, alternatives and other products. The global hedge fund industry’s assets stand at $2 trillion.

Yet it is hedge funds that have had a great deal of questions asked about their contribution to systemic risk, and now, as the Financial Stability Oversight Council is thought to be getting ready to decide which non-bank financial companies it will consider as systemically important, the hedge fund industry has returned to defending itself.

Today, one of the main hedge fund trade associations – the Alternative Investment Management Association (Aima) – said that no hedge fund should be designated a “systemically important financial institution” by regulatory authorities.

Todd Groome, Aima chairman, said: “We believe that no single hedge fund firm today is sufficiently large, leveraged, complex or interconnected that its failure or financial stress would cause a market disruption sufficient to destabilise the financial system.”

One fact he used to justify this stance was that the UK’s Financial Services Authority has stated that, based on their risk reporting framework, none of the large hedge funds they have examined currently poses “a significant systemic risk to the financial system”.

As they employ significantly lower levels of leverage than banks and some other financial institutions, Groome said the 2008 experience shows that hedge funds are “safe to fail”, even if they are not fail-safe.

Groome also said that some individual financial institutions’ balance sheets are much larger than the entire global hedge fund industry.

“Hedge funds collectively represent a relatively small group of extremely heterogeneous and often very small businesses, and even their collective positions and exposures are not such that individual failures pose a risk to financial stability,” said Groome.

Nevertheless, he reiterated AIMA’s support for the registration of hedge fund managers and having them report to national authorities like the FSA.

BlackRock is, of course, a regulated firm. But if its size is an important factor in its contribution to systemic risk – as it appears to be with other financial institutions - then Fink offered some more comfort. BlackRock may be big, but it employs hardly any leverage, it has large sums of capital set aside, and the money it manages belongs to clients.