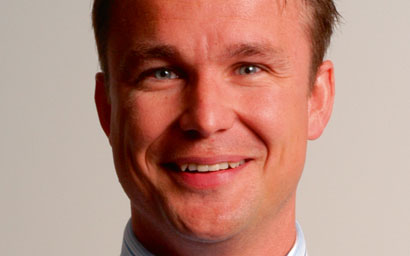 Tax transparent pooling vehicles have been available in key Continental European markets for some years, and in July 2013 the UK government introduced its own variant, the UK TTF, with BlackRock – supported by BNY Mellon as administrator – bringing the first example of this new structure to market in June of last year.

The Ucits IV Directive was a key catalyst for the creation of a vehicle that could offer tax-neutral feeders in various European markets, and two variants of the UK TTF are currently on the market: the co-ownership scheme and the limited partnership scheme – though it is arguably the former that is attracting the most interest at this time.

AN IMPORTANT DEVELOPMENT
So does the launch of the UK TTF open a new chapter for these types of fund structure? Certainly, the UK TTF has demonstrated international appeal as a tax transparent vehicle above and beyond UK institutional investors, notably pension funds and insurance companies operating across multiple markets and looking to maximise their withholding tax treatment.

A growing number of countries now formally recognise the UK TTF and other similar vehicles as tax transparent – an important development, given that while a tax transparent vehicle may be recognised in its own domicile, it does not automatically follow that it will also be recognised as such by foreign tax authorities.

Key to the appeal of the UK TTF co-ownership variant to UK institutions is that it is deemed opaque for UK capital gains tax purposes: the fund holding, and not the investor’s share in each underlying security, is subject to capital gains tax.

When it comes to gauging the longer-term attractiveness of these structures, it should be acknowledged that servicing TTF’s is more complex than for opaque funds. That said, some considerable variation exists between TTFs. Most of the simpler TTF variations – and potentially the most successful commercially – are those that combine investments from like investors, drawn from a single jurisdiction and investing in either a single country or on  a global basis.

At the other end of the spectrum are those TTFs encompassing a variety of institutional investors drawn from a number of different jurisdictions. This has the effect of raising the level of complexity in terms of handling the (tax) income processing, as in most countries reclaims need to be filed at a beneficial owner level to be able to benefit from tax neutrality and/or tax transparency. The variety of transfer agency and financial reporting across all those different types of investors is also a complicating factor.

MOMENTUM
Despite these factors, tax transparent structures will continue to appeal to sophisticated institutional investors – and the creation of the UK TTF reinforces the benefits and attractiveness of such structures. Several UK TTFs have followed in the wake of BlackRock’s offering, and others are currently in the works. Likewise, there is clearly still an appetite for the Continental variants – so while it is perhaps too early to label the UK TTF as an unqualified success, it has certainly added further momentum to the ongoing proliferation of tax transparent structures in the region.