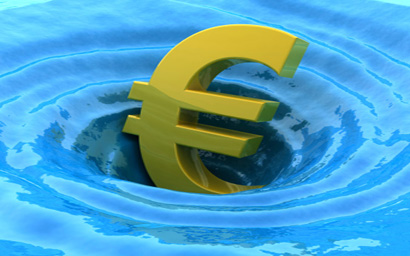 Industry experts say there is more to come following the downgrade of France and eight other eurozone countries hit by Standard & Poor’s downgrade at the end of last week.

Graham Neilson, the chief investment strategist at Cairn Capital, warns “there will be more to come and not just in Europe”.

“There is simply still too much debt and not enough growth in developed economies,” Neilson says. “Ultimately this is a good thing. It is part of a dramatic but entirely necessary reappraisal of government bond risk.”

According to Neilson, one of the reasons for this “debt pile up” is the assumption that developed western government debt, particularly within the eurozone, is risk free. “It is not,” he adds.

Following the wave of downgrades, Germany is now the only eurozone country that holds a sovereign AAA rating and a stable outlook.

The downgrade of France was largely expected, Wells says, while a further downgrade of Italy and Portugal came as no surprise either.

Sharing the line of other experts, Yannick Naud, portfolio manager at Glendevon King Asset Management, says a downgrade of the European Financial Stability Facility is likely, too.

With a mandate to safeguard financial stability in Europe by providing financial assistance to eurozone members, the fund currently holds a AAA rating.

But until the European Stability Mechanism is up and running, Naud says, it seems only the European Central Bank and the International Monetary Fund would be able to avoid further contagions as Greece debt restructuring “is not progressing according to plan”.

Ken Orchard, European sovereign credit analyst at T. Rowe Price, says the underlying causes of the crisis are deep and cannot be resolved by liquidity creation.

“Fiscal consolidation, financial deleveraging and restoring real competitiveness necessarily take many years and involve economic pain,” he says. “German chancellor Angela Merkel was not exaggerating when she said that the crisis may take ten years to solve.”