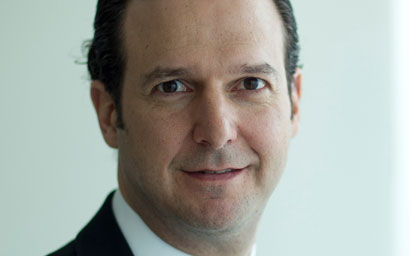 Pictet Group, a Geneva-based bank and asset manager, has appointed its deputy chief executive of asset management, Laurent Ramsey, as a partner after 22 years with the firm.

Another of Pictet’s partners, Jean-Francois Demole, is retiring on August 30 after 27 years.

Ramsey, who has been deputy chief executive of Pictet Asset Management since 2014, joined the group in 1993, starting as an equity analyst.

In 1995 he moved to Asia in a business development role for Pictet Asset Management and returned to Geneva in 1998 and took responsibility for fund distribution in Europe, before becoming chief executive of Pictet Funds in 2004.

In 2011 he was appointed head of all institutional distribution and marketing activities and then deputy chief executive in 2014. His partnership takes effect from January 1, 2016.

Demole, who retires in August, joined Pictet in 1991 and became a partner in 1998. He was responsible for building Pictet’s asset servicing business, which provides service to independent asset managers, including global custody and mutual fund administration. He also established Pictet’s advisory services to family offices in 1998.

He will continue to contribute to the group as a board member of Banque Pictet & Cie and of Pictet Alternative Advisors, concentrating his activities in the fields of private equity and real estate.