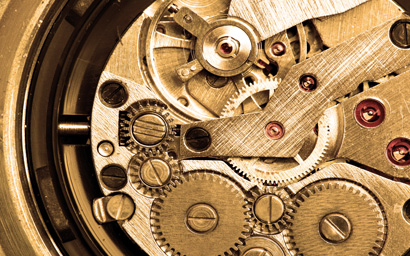 Operational outsourcing is thriving among asset managers but much less popular for pension funds. Nicholas Pratt examines why this is the case.

Outsourcing is not new to pension funds.

So far, though, few pension funds have sought to outsource their investment operations. Asset managers have, for the past decade or more, turned to asset servicing providers for their custody, administration, accounting, transfer agency and other back-office services and are now engaging in more middle-office outsourcing involving valuations, performance measurement and risk management. There are even examples of outsourcing certain client-facing tasks, such as portfolio reporting, as asset managers look to reduce their operational overheads as much as possible.

Obviously, operational outsourcing is an irrelevance for the pension funds that entrust the investment management to a third party. But the self managed pension funds with in-house fund managers face many of the same pressures as traditional asset managers – the avalanche of regulation, the appetite for improved alpha, the use of more sophisticated fund structures and the ongoing mission to deliver shareholder value. So why are examples of pension fund operational outsourcing so scarce?

According to Daron Pearce, head of investment manager services for Emea and Asia-Pacific at BNY Mellon Asset Servicing, the reticence to outsource may be due to a lack of commercial pressure on pension funds. “There is definitely a different commercial dynamic at
most pension funds. Operational costs can often be bundled together and are not as transparent, and there are different accounting structures.”

Momentum
Whereas many investment managers are having to create more efficient operating models through the use of outsourcing in order to retain a market competitiveness, in-house managed pension funds are insulated from this to a degree. This may, of course, change over time, says Pearce.

“There is an inexorable drive for greater transparency through regulation – MiFID II, Solvency II – and that will permeate through to the pension funds. And the more they have to deliver granular and transparent reporting, the more likely it is that outsourcing will gain some momentum.”

A number of pension funds that BNY Mellon works with have sophisticated reporting requirements and have turned to outsourcing to help meet these requirements but, says Pearce, there are definitely fewer opportunities than with asset managers. Other explanations may be the relative conservatism of pension funds when it comes to embracing new technology or involving third parties.

Pension funds also have a much simpler operational structure with just one internal client to satisfy rather than thousands of external investors all with their own needs. In the past two years, however, there has been a change of model among some of the larger pension funds that have established a separate investment team to not only manage their internal investments but also third-party funds. For example, British Telecom (BT) and Hermes in 2010 and, more recently, the Universities Superannuation Scheme (USS).

The USS has a £30 billion-plus (€35.8 billion) portfolio and announced in August 2011 that it intends to establish a wholly-owned subsidiary that would take over the pension fund’s investment management operations.

The new subsidiary (USSIM) will be 100% owned by USS and, according to USS, will give more freedom to the fund’s in-house fund managers to carry out their daily investment activity. The trustee board will still be responsible for administering the pension scheme and for setting the long-term investment strategy and asset allocation but it will be clearly separated from the daily investment activity undertaken by the new subsidiary.

Roger Gray, the USS chief investment officer, has, however, ruled out the possibility of USSIM emulating the BT/Hermes example and allowing it to manage third-party funds.

Nevertheless, there are other examples of large UK-based pension funds such as the £18 billion Barclays UK Retirement Fund which established its own subsidiary in 2010 – Oak Pensions Asset Management – in order to give its in-house fund managers more discretion and flexibility.

Outsourcing
Such moves are not just inspired by a wish to adopt an organisational structure that meets industry best practice but also reflect the improving performance of in-house fund managers at many pension funds, therefore reducing the reliance on external fund managers (as well as reducing the fees paid out to them).

What remains to be seen is whether or not the likes of USSIM and any other pension fund that follows suit will also pursue operational outsourcing.

“I think operational outsourcing may not be a rich seam to mine in terms of those pension funds just managing their own fund, but it will catch on for those that manage third-party as well as in-house money,” says Pearce.

“We absolutely do believe there is a trend for asset owners to embrace outsourcing,” says Les Beale, global head of investment operations outsourcing at Northern Trust. Beale believes the trend for operational outsourcing extends to all types of pension funds.

Beale, though, believes it also works the other way round, in that the growth of outsourcing makes it easier to launch new companies or new funds or investment products. “It is all about enhancing operational efficiency at a manageable cost base. Launching new products is a significant undertaking in terms of time to market, cost and change management, and outsourcing is a way to reduce that undertaking.”

Another trend that Beale has seen in the pension fund operational outsourcing world is the number of boutiques that are sub-contracting the investment operations but want to keep control over the data.

“The ability to provide homogenised data is critical. It gives managers the ability to look across separate funds and effect overlay strategies and produce aggregated risk reporting.”