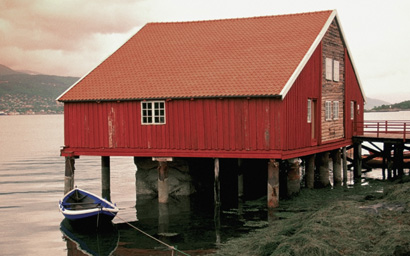 Institutions in the Nordics have not outsourced as much as in other regions, but they are showing more interest now that regulation is becoming more complex. George Mitton reports.

“Nordic institutional investors have not outsourced their middle

and back-office functions as much as in Europe and the United States. That’s a fact. The average is about 30% in-house in continental Europe and the US, whereas here it’s 60% plus,” says Niklas Nyberg, global head of GTS financial institutions at Swedish bank SEB.

The reasons institutions in the Nordics have tended not to outsource are various. First, there is a tradition that such operational functions be done in-house – that it is the institution’s job to monitor and control these functions. This has been described as an emotional attachment, not entirely related to business motives.

Second, it is a fact that Nordic institutional investors are sophisticated and, by global standards, highly automated. With a few back-office staff, many institutions can manage their own administration for a low cost. This means the savings offered by outsourcing are not as attractive as in other parts of the world.

But this is changing. As institutional investors look with apprehension at a growing list of incoming regulation, the prospect of offloading some of their processes to a third party that can negotiate legal and compliance hurdles for them grows more appealing.

Industry figures say the current wave of outsourcing is different from a few years ago, when the impetus was cost reduction. Bo Thulin, executive director at JP Morgan Worldwide Securities Services, says it is difficult to sell outsourcing on the basis of cost because many Nordic institutions already run their operations efficiently.

“Something specific to this region is that many of the financial institutions have an operating model which is very automated end to end,” he says.

“A big pension fund might have three or four people in the back office, and a similar number in the middle office and run the whole administration on very few basis points.”

Instead, asset servicers must “find another angle”, he says. This could mean presenting themselves in an advisory or consulting role. It could mean supporting risk management and compliance officers, whose role in financial institutions is growing more important as a result of regulation. It could mean increasing the amount of data provided to clients, to include real-time data and reporting.

In many cases, the key to a successful pitch is timing.

“Say a client has to upgrade a system. Then, everything’s up in the air,” says Thulin. “Then, some of these pension funds are thinking, either we have to do heavy investments to still be competitive and in line with the law, or we find another way to run our business.”

Thulin says he sees a trend for Nordic institutions to use more external providers and that this is positive for the asset servicing industry. He also says the process is causing institutions to reduce the number of parties they work with, but concentrate more services with those parties. This is a result of the regulatory burdens becoming more onerous, he says, which encourages institutions to sign deals with large players that have money and staff to handle the workload. It may also be a reaction to uncertainty in the financial system, which causes clients to choose large providers with names they trust and which have a reputation for stability.

“A lot of pension funds and regional banks are evaluating their operating models, and there will be more interest from them to work with external parties,” says Thulin. “They are looking for long-term reliable partners and to concentrate their business to fewer parties, but do more together with them.”

As well as increase demand for outsourcing, regulation is changing the relationship between clients and custodian banks. For instance, the Alternative Investment Fund Managers Directive is expected to increase depositories’ liability for assets they hold on behalf of clients. Nyberg at SEB says this and the Ucits V regime, assuming it follows similar lines on rules for depositories, will drive custodian banks to seek more power.

“I foresee that we as a depository will demand more control over our clients’ processes and routines since we are assuming more risk related to the clients’ activities,” he says. “This will drive us to be tougher in the negotiations and to demand that we have more control of the process within the clients’ value chain.”

In a region where clients have preferred to do things in-house, the suggestion that they surrender more control to depositories at a time when they are still adjusting to a new outsourcing regime may be resented. Nyberg accepts “there will be friction, it’s give and take”. But he expects that as the outsourcing market grows and custodian banks establish a track record for such operations, client concerns will diminish.

He also asserts that there is still a cost advantage to outsourcing deals, specifically, that such deals allow clients to turn fixed costs into variable costs. He says the investment required to comply with Ucits IV on top of the turbulent market conditions seen last year has made many clients evaluate their bottom line.

“One way for clients to deal with costs is to outsource some functions. Obvious areas are investment operations, fund accounting, transfer agency.”

The growth of the potential market for outsourcing raises the question of which firms will be the main beneficiaries from the new business. In recent years, a major trend in the Nordics has been the influence of US-based banks such as JP Morgan and Citi entering the market and setting up domestic operations.

Nyberg says Nordics-based asset servicers can still offer something that global banks cannot, namely a mastery of the local languages and the presence of top employees nearby. If a Nordic client wants to meet the head of foreign currency at a Nordic asset servicer, the meeting can be arranged at short notice. For a global bank, the equivalent person would almost certainly have to fly in from elsewhere.

However, the value of such services is only felt by clients with a large and complex portfolio, because only these clients would benefit from such a level of service, he says.

“If you have a standard portfolio with plain vanilla instruments, it is tougher for SEB to use the closeness of competence and the local language and those value-added features that we can bring,” says Nyberg.

However, he says, “larger pension funds, invested in a multitude of markets, dealing with over-the-counter instruments and demanding risk performance reporting” might prefer the local option, and asserts that fund companies of any size would benefit, “because of the depository trustee function and the asset servicing and reporting functions”.

The global banks maintain that their broad product range and expertise counterbalances any advantage held by local players. But, regardless of which firms thrive in the coming years, industry participants agree that rising demand for outsourcing will keep the Nordic market as competitive as ever.