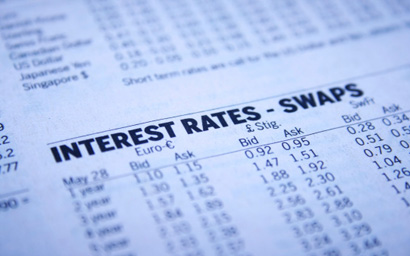 The notional value of over-the-counter derivatives has exceeded $700 trillion (€520 trillion), an increase of 18% compared with the end of 2010, according to estimates from the Bank of International Settlements.

The figures show that demand for over-the-counter, or OTC, derivatives is growing at the same time as regulators are intensifying their scrutiny of these instruments.

Two key pieces of European legislation are seeking to increase stability and transparency of derivatives trading: the European Market Infrastructure Regulation, which will introduce reporting obligations and require that eligible derivatives are cleared by central counterparties; and the second version of the Markets in Financial Instruments Directive, which aims to bring derivatives trading onto regulated trading venues. In the US, the Dodd-Frank Act seeks to impose similar rules.

Although many in the industry recognise the need for improved stability, some are worried that the transparency regime will make it hard to execute large trades and make it more difficult for sell-side banks to sell bespoke products.

Volatile market conditions since 2008 have helped increase demand for OTC derivatives among pension funds, which often buy these instruments to hedge their portfolios against risk. The growth of liability-driven investment programmes has given a further push as these strategies routinely use interest rate and inflation swaps to balance pension scheme assets with liabilities.

Other institutional investors are expected to increase their use of derivatives in future. The incoming Solvency II regime will impose strict rules designed to guarantee that insurance companies stay solvent. Many are expected to use more derivatives for duration-matching.

Despite the increase in notional value of OTC derivatives, the report said gross market value of these contracts declined by 8% driven by a reduction in the market value of interest rate contracts. Overall gross credit exposure dropped 15% to $3 trillion.