The consequences of Russia’s invasion have already pushed many parts of the world toward famine, the ramifications felt most acutely by the world’s most vulnerable people. Countries of the global south, in particular East Africa and countries like Yemen, which are heavily dependent on grains from Russia/Ukraine, face what the UN Food and Agriculture Organization (FAO) called “acute food insecurity”, affecting around 47 million people.

It has provoked deep questions about how we tackle the food crisis.

We believe this is the beginning of our pragmatic transition in food. One that is able to simultaneously ensure that the world’s expanding population is fed with healthy calories and carbohydrates, but in a way that maximises renewable resource use in a way that is climate-adapted, localised and minimises the large-scale negative externalities of industrial agriculture.

As I see it, however, society must come to terms with the trade-offs required to achieve not just a sustainable transition which seeks to maximise our environmental objectives but also a just transition that ensures our social objectives are met too.

The good news is that we appear to be nearing an inflection point. NGOs, policymakers, investors and regulators are realising that the status quo cannot – and should not – be maintained. Actionable solutions are needed.

Opportunities on the horizon

Earth’s annual biocapacity for food – the ability to meet the demand of the human population – is for about 4 billion people. Today’s global population is nearly 8 billion people. The reason world food production has not collapsed is due to human ingenuity and scientific endeavours, and goes back in time to a process invented by two German chemists and Nobel prize winners, Fritz Haber and Carl Bosch. 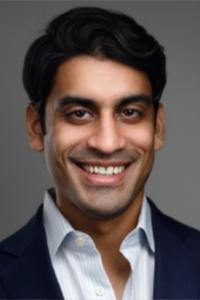 In the early 20th century, their Haber-Bosch process was synthesised as a way to convert hydrogen and nitrogen into ammonia; the world’s most commonly used fertiliser. Today, about half of the world’s food production depends on ammonia. Fertilisation improves plant nutrition, promotes plant growth, improves crop quality and ultimately maintains and even enhances soil fertility.

Without ammonia, world food production (in our current system) would collapse.

We are in no doubt that, even today, science and technology can come together in a pragmatic way to solve this century’s food challenges, just as they did in the mid-1950s. For investors, opportunities abound.

Here are some of the major themes that underpin our sustainable future of food investment theme:

Allows farmers to use the most precise and correct amounts of inputs, whether water, fertiliser, chemical controls or seeds. In a world where key input resources are scarce and/or expensive, precision tools create greater resource efficiency, which inevitably leads to input savings, lower costs and a reduced environmental impact/damage from unnecessary excesses like too much fertiliser, pesticide, water and so on.Allows for improvements and enhancements in food production using gene science, whether it is editing the properties of microbes in soil, so that they are able to fix more nitrogen into the roots of crops (i.e. resulting in the need for less ammonia-based fertiliser, for example) or editing the properties of staple crops to make them more climate-resilient and/or soil-adapted (i.e. able to grow in non-customary places).Allows us to produce food in vertical, stacked layers indoors without the need for fertilisers and pesticides (due to the fact that these are controlled environments) and use less water (e.g. recirculating systems/rainwater collection) and energy (e.g. solar-powered farms, etc.). Vertical farms provide an efficient solution to domestic food resilience/security as well. To feed the world, the UN FAO estimates that food production will need to increase by 70% from 2007 levels. Given that 77% of our habitable land is already used for agricultural production, expanding vertically is not only desirable but necessary to meet future demand.Meat is by far the worst offender when it comes to emissions from food. Half of the emissions from the food system come from meat. Whilst livestock grazing and livestock feed production account for 80% of the world’s agricultural land, they only provide 20% of the world’s needs in terms of protein. The supply chains for plant-based products can be up to 50 times lower than that of animal products. Not to mention numerous studies claiming that plant-based diets reduce or reverse food-related illnesses like cardiovascular disease, type 2 diabetes and obesity. With consumption patterns already starting to reflect biological limits, the forecasts for plant-based foods are also extremely positive.

New science and technology which seeks to address the environmental, social and health concerns associated with our current (unsustainable) food system will continue to emerge in the coming years, presenting new sectors and drivers and making our sustainable future of food megatrend an ever-compelling investment opportunity.