Why the focus must remain on leading behavioural change and guiding all employees towards a sustainable and successful future retirement plan. By John Dovey, Client Relationship Director at Paragon Customer Communications.

Similarly, the US reports a 90% enrolment success from its own AE system, compared with 68% from non-automatic enrolment. Such participation levels were previously achieved only through more mature and mandatory-led schemes, such as Singapore’s Central Provident Fund (CPF) or Australia’s superannuation systems. Today, more than 10 million UK members have been enrolled into an AE pension. However, while participation has unquestionably scaled the UK’s Defined Contribution (DC) market, member engagement remains critically low.

In this article, we explore how new digitally data-driven ‘welcome’ communications are challenging previous DC pension onboarding strategies by introducing engagement techniques into the enrolment stages.

Firstly, as major European markets transition away from a Defined Benefit (DB) landscape to a DC system, including the UK, the Netherlands and Germany, they join well-established DC markets in Sweden, Denmark, and Switzerland. According to research, DC scheme pension assets are expected to pass €10trn by 2030. This change in scheme model transfers more risk and decision-making to the member, requiring individuals to take appropriate action at the right time.

Secondly, the consumer landscape is quietly, but largely, reshaping Europe. Increased life expectancy and declining birth rates are changing the age profile of Europe’s society through its increasing median age. Europe is home to some of the world’s oldest populations, highlighting the urgency for stronger pension provision and social protection.

Pension provisions significantly impact those most negatively affected by pension pay gaps. For example, women are impacted by the pension pay gap at every stage of their career journey, according to a study by Legal and General. Effective interventions and nudges from the beginning of enrolment, alongside appropriate pension design and policy that works for disadvantaged groups, should aim to challenge structural factors in the labour market that are at the root of these failings.

Digital welcome trials and first-time sign-ups
As more traditional pension welcome packs are transformed into digitised communications, this provides us with greater insight into new entrant member interactions - building on our understanding of this early window of opportunity.

A series of stay-in-touch nudges:
Some innovation practices from the US suggest putting more focus on nudges to motivate positive action for financial well-being over member education programmes that have not effectively led to informed decision-making. A case study of Australia’s superannuation welcome stage highlights its new series of dynamic stay-in-touch nudges that moves the member along from one completed task to the next, under a linear and sequential approach, until such tasks are ticked off. This includes initial joiner notifications, registration for online access, nomination of beneficiary and consideration of increased contributions – all within the first year of enrolment into the plan. Further personalised engagement was also introduced for a specifically targeted segment. Early signs indicated an effective response, with email open rates of around 60% and 19% of plan members having rolled-in (transferring other balances into the fund).

"Younger employees entering the workforce will not identify with terms such as ‘retirement’ or ‘pensions."

In line with these findings, Paragon Customer Communications’ UK study of 30,000 new digital workplace pension welcomes, across a whole range of employers and sectors, identified email open rates of 60% and average click rates of 30%. However, engagement rates were slightly lower overall for female members than males when receiving the same digital content at the same time.

Integrating channel and content:
Utilising the member’s channel of preference and blended with the right message creates stronger personalisation at the entry stage. Historically, member content has been recognised as dry, complex and legislative-based. Engagement practices consistently tell us that new entrant members should be communicated to in bite-sized ways that are short, simple and straightforward, without jargon or overwhelming terminology. As pension audiences have short attention spans, the window of opportunity to ‘engage and capture’ member interest and motivation is more limited than we might think. Therefore, new entrant engagement is about user experience, whether it’s through print, email, video, or any other medium.

Drilling down into age category, younger employees entering the workforce will not identify with terms such as ‘retirement’ or ‘pensions.’ This requires remediation of traditional pension language; talking to younger new entrants in ways that are more relevant and tailored. Content must also be adapted for suitability and absorption via smartphone devices for digital users. 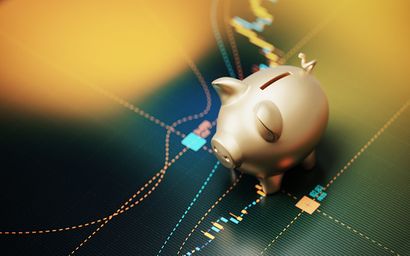 But what happens when irrational member behaviour simply does not lead to engagement in a way that the scheme expects?

‘Split testing’ techniques can help determine the right course. One UK provider ran an A/B trial for its ‘first-time sign-in’ feature to determine the persuasive language that resulted in higher sign-in rates for its reminder campaigns. This was then applied universally through a series of automated and time-triggered notices, prompting users who had not previously signed in. The results reported a 25% log-in response. Comparatively, most providers typically report a response rate of 4% or less.

Additionally, changing the channel can challenge the norm, particularly for nudge techniques. With email overload and a less than 1% chance of emails being opened after the first 24 hours, personalised mailing nudges can effectively capture the attention of non-responsive digital members.

Revisit the innovation:
Even with successful practice, the hard work doesn’t stop there. The challenge moves on to understanding long-term member outcomes throughout the journey, where early engagement campaigns have been introduced. Partnering with a leading communication expert will allow schemes to collaborate, leverage experience and achieve stronger results with return on investment.

Conclusion
Overall, these early intervention trials above have all differed in one way or another while sharing the same common vision – they exist to support and understand the member. A series of early intervention nudges has, so far, suggested promising results while building rapport and trust between scheme and member much earlier into the journey. Ultimately, the focus must remain on leading behavioural change and guiding all employees towards a sustainable and successful future retirement plan.

With an average client relationship of 20 years, we have an enviable track record as a trusted strategic partner to more than 70% of the Asset & Wealth Management and Pension markets.