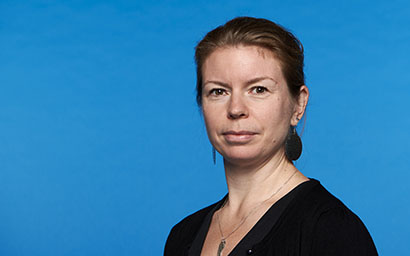 There is no shame in admitting we failed. The hard work to stem the failure and adapt to a new era starts now, writes Liz Pfeuti.

When I worked in travel a few years ago, I got lost in a maze of Bordeaux city centre roadworks and missed my flight home one Friday evening. Now, ordinarily, I would have called our duty office to arrange another flight for the next morning, allowing me to spend another evening in the lovely French red wine capital. But I had a wedding to attend the following morning.

What followed next was like something out of an action film.

Taxi screeching to the Gare de Bordeaux-Saint-Jean, me queuing up – while watching the big station clock ticking down to departure time – to secure the very last ticket on the TGV to Paris while the duty office arranged a space on the Eurostar.

Once in Paris, having travelled in the smoking carriage (yes, it was 20 years ago), I had to get across the city, which was full to bursting with tourists attempting to buy a carnet of tickets. If you’ve ever driven in Paris, you know a taxi on a Friday evening is not an option. By some miracle, I found a ticket in my wallet – and to this day, I don’t know who put it there – raced through the Parisian underground and made the last Eurostar with less than two minutes to spare. Arriving at Waterloo, I then had to get the last train back to Surrey and finally slumped home well after midnight with a fistful of receipts and stories to tell.

Not flying probably helped my carbon footprint, but I’m pretty sure the stress took a few hours off my life.

What does this have to do with fund management?

I didn’t intend to miss the plane. I didn’t intend to have to adapt to the new situation around me, but I had to plan in very short order, which cost both my employer and me quite a few francs, not to mention stress and extra time.

The same could be said about climate change. None of us intended to be part of this great movement that has increased the amount of carbon being released into the atmosphere at a rate never before known. Many of us are still hopelessly uninformed about how our actions are unintentionally making things worse. Plastic packaging on literally everything we buy, unnecessary car journeys, leaving TVs on standby, not deleting gigabytes of useless, ageing data from our cloud storage or entertainment systems – it all adds up.

I’m usually optimistic, but seeing huge swathes of the countryside near Bordeaux on fire in mid-July – not to mention inside London’s M25 – hit even my hope that we can turn this emergency around. In the same week, it hit 42C on my garden thermometer. It has never been that high before, but I am confident it will again and go beyond it – and soon. So, while we are piling money into technology to reverse or slow climate change across all industries, we need to invest in adapting our lives to deal with the fallout that is already happening.

The global population has collectively failed to stop this from happening, both by our own actions and electing those who would rather look the other way. So, now we need to deal with the consequences. This will mean mass migration of people, upgrading or even rethinking infrastructure and, potentially even more importantly, what we consider necessary to our daily lives. Everyone working in the fund management sector needs to get with this stark new programme as individuals, but also admit that we need to invest in the vital adaption as much as the opportunity to slow down these dramatic changes.

There is no shame in admitting we failed. The hard work to stem the failure and adapt to a new era starts now.