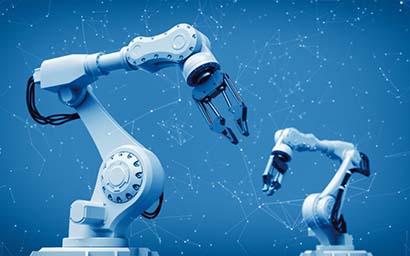 Automation rates in the global funds market differ both between and within regions – But as Nicholas Pratt discovers, there may also be a difference in what is perceived as automation.

The perception of what constitutes ‘automation’ may vary from country to country if the results of a recently conducted survey on automation within the global funds industry are anything to go by. (Funds Europe conducted the survey in partnership with funds network firm Calastone.)

These rankings look even more questionable when pitted alongside the use of fax machines – generally seen as the scourge of automation levels – in the various different countries. For example, all of the Asian countries have a greater use of faxes than Luxembourg.

One of the difficulties with any global comparison is the differences between markets. Edward Glyn, managing director, global markets at the funds network firm Calastone, says: “There is no Schengen [common travel area] in the funds industry – there are different distribution models, regulatory environments and fund methodologies, so this makes it difficult to make comparisons between countries.”

One possible explanation for the disparity between Luxembourg and Asian markets is client expectation, says Glyn. “In European markets, there is a higher bar in terms of what qualifies as automated and much greater demand for an STP-driven process [straight-through processing]. The demands are much less stringent in less mature markets such as Malaysia.

“The EU has a clear and accurate picture of automation, but a lot of the problems with automation are only just emerging in parts of the Asia market,” says Glyn. “It is not just about cost reduction, it is about the ability to work remotely, for example. And it is very hard and nigh impossible to leverage next-generation technology if one’s business is not automated – that is why we also see disparity.”

However, there is one issue where there is a broad consensus across the globe – that the fax should be eliminated.

Complex chain
According to Elaine Tan, head of fund services and product solutions, APAC at BNP Paribas Securities Services, the complexity of the funds industry’s value chain and the multiple intermediaries involved make it difficult to both achieve and assess automation levels.

“The ecosystem, in general, is still highly fragmented and particularly so in Asia, with diverse distribution models which are at various levels of market maturity,” she says. “In reality, the markets in this region are still growing relative to the maturity of the markets in Europe and the US, hence automation rates still have room for improvement.”

Clients take control
‘Client service’ features heavily among Asia-based respondents when our survey asked them about drivers for automation. This tallies with many of the trends that are seen in the region - for example, a rapidly evolving landscape with new technologies disrupting the industry.

The emergence of robo-advisory could disintermediate the banks and allow investors to directly take charge of their investments. The launch of virtual banks in Hong Kong is also disrupting the landscape for financial services and raising the bar for customer experience.

“Asset managers need to be nimble and agile across the front, middle and back-end operations in order to transform to meet requests from digitally savvy clients,” says Tan.

“Data is the key to ensuring that technology applied across the front, middle and back offices is able to function effectively, and to facilitate better management decisions." 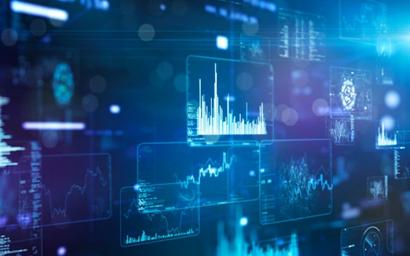 Dean Chisholm, former head of operations at Invesco in Asia-Pacific, has been one of the most active proponents of automation during his 20-plus years in Asia’s funds industry.

“Overall, I suspect a little bias in Asia to look good when answering the questions,” he says. “However, this is not consistent with the levels of STP and continued use of faxes. The target must be to make fax machines redundant.”

So far, says Chisholm, the most effective driver for automation has been regulation, either directly or through third parties, such as stock exchanges. He refers to a number of initiatives in Asia that aim to promote greater automation. For example, the Stock Exchange of Thailand has introduced the FundConnext platform for domestic funds to automate funds processing. And in 2019, it linked up with Clearstream, the Luxembourg-based international central securities depositary, to enable cross-border funds transactions.

Hong Kong introduced the eMPF platform in 2021 to act as a one-stop electronic platform for administering mandatory provident funds (MPFs), a compulsory pension-saving system. According to the MPFA, the authority for MPF schemes, the platform will “enhance user experience, drive greater efficiency, flexibility and reliability of the operation of MPF schemes, as well as creating room for fee reduction and paving the way for further reforms in the future”.

The biggest hurdle to more automation is the lack of volume, says Chisholm. He adds, however, that another common feature of the funds industry’s lack of progress is legacy systems: “Omnibus accounts are commonplace, and sales platforms will often consolidate orders. Plus, a lot of the supposedly ‘new’ platforms still have old back-ends.”

Overstatement versus understatement
While automation rates may be overstated by some respondents, the results for Luxembourg may be understated. For example, it is somewhat surprising that Luxembourg has so few ‘fully automated’ firms. At 2% it is the lowest of all 12 featured countries. That said, when the figures are viewed as weighted averages, Luxembourg scores more highly than other countries that claim to have a greater number of fully automated firms.

This would align with the figures produced by the European Fund and Asset Management Association (Efama) on the level of automation among the cross-border funds processed by transfer agents in Luxembourg. In its 2021 report, Efama stated that automation rates for Luxembourg funds reached 91.2% in the last quarter of 2020, up by 1% from the previous year.

Meanwhile, manual orders dropped by the same percentage to just 8.8% during the same period, just higher than the average rate of 6.8% for all cross-border funds in Europe. The figures were encouraging in the eyes of Efama director general Tanguy van de Werve. “I want to commend Europe’s cross-border fund industry for reaching a very high degree of automation of its processes, which has allowed it to reduce operational costs and risks and improve the quality of the services to customers,” he said.

However, it should be noted that the Efama and Swift survey focuses on the last leg of the funds processing chain – when the order is sent from the asset manager to the transfer agent as opposed to when an individual investor originates their order or for other processes like client onboarding.

One European country where automation rates appear to be lower than neighbouring states is Germany. For example, in terms of the level of automation, it scores lower than every other country in Europe.

This is also true when the level of automation is broken down into individual processes – clearing and settlement, distribution support, client and regulatory reporting, compliance management, order management and client account opening.

“Data is the key to ensuring that technology applied across the front, middle and back offices is able to function effectively, and to facilitate better management decisions."

According to Alexander Scholz, managing director at Germany-based asset management ratings firm Telos, the asset servicing players in Germany have a higher rate of automation than the survey results indicate.

However, even among these firms, some tasks – such as client reporting – are still performed partially or completely manually.

The situation is different for small asset managers, according to Scholz. “More often, they do not have the technical infrastructure. This is especially true for the points mentioned in the survey. However, they have also outsourced various tasks such as reporting to third-party fund administrators.”

One reason for the high proportion of manual activities in fund controlling may be the often individual qualitative fund guidelines, says Scholz. “This applies in particular to individual mandates of institutional investors. ESG guidelines are also difficult to monitor by machine in some cases.

“In the area of order placement, there is a semi-automatic procedure in Germany in addition to the fully automatic channels and order placement by fax. This is based on a standardised Excel file, which was developed by the market participants in cooperation with the Bundesverband (BVI).”

The large number of systems used by the individual market participants can also lead to manual activities, says Scholz. “It does not always make economic sense to program an interface for each individual system. So, there are many reasons that make full automation difficult or impossible.”

However, low margins – especially for administration service providers – and higher requirements from the regulator are putting increasing pressure on market participants to optimise processes and automate them more, says Scholz.

“The introduction of digital assets – not only cryptocurrencies but also the digitisation of ‘normal’ assets such as shares and bonds – will further increase the degree of automation.”